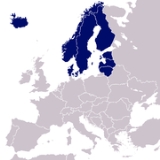 NIB promotes sustainable growth of its member countries by providing long-term complementary financing, based on sound banking principles, to projects that strengthen competitiveness and enhance the environment.

NIB promotes competitiveness and supports the environment by providing financing in the form of loans and guarantees for activities in which NIB can add value and complement other financing sources.

NIB focuses in particular on four areas of the economy:

NIB has a significant environmental loan portfolio outside its member countries, including the Baltic Sea and Barents regions.

Projects considered for financing are viewed from a sustainable growth perspective. NIB analyses their impact on competitiveness and the environment as well as their indirect effects on the economy and society.

NIB acquires the funds for its lending by borrowing on international capital markets. The Bank’s bonds enjoy the highest possible credit rating, AAA/Aaa, with the leading rating agencies Standard & Poor’s and Moody’s.

NIB promotes sustainable growth by providing financing to projects that strengthen competitiveness and enhance the environment, in line with the Bank's mission. NIB recognises that taking ecological and social aspects into account is part of good business and leads to sustainable development. NIB believes that this approach enhances the competitive advantage of the Bank's customers and that economic growth and a healthy environment go hand in hand. As an international financial institution, NIB places particular emphasis on issues relating to corporate responsibility. On this page NIB briefly presents its view on its role in society at large and on aspects related to corporate responsibility. More information is found elsewhere on the site, as indicated. 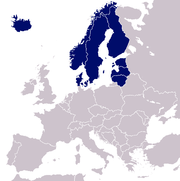 Each member country designates a Governor to the Bank's Board of Governors, which is the supreme decision-making body. The Control Committee is the Bank's supervisory body. The Board of Directors makes policy decisions concerning the operations and approves the financial transactions proposed by NIB's President. NIB's President is responsible for the conduct of the current operations of the Bank. The President is assisted in his or her work by the Management Committee, the Credit Committee, the Finance Committee and the ICT Council.

The Bank has some 170 employees from all the member countries. NIB has its headquarters in Helsinki, Finland. The Bank's official languages are English and Swedish.

NIB is governed by its constituent documents, namely the Agreement among its member countries and the Statutes, as well as the Headquarters Agreement concluded between NIB and the Government of Finland. These establish that NIB is the member countries' common international financial institution, having the same status as other legal persons conducting similar operations within and outside the member countries. Furthermore, the constituent documents stipulate that NIB has the status of an international legal person with full legal capacity, define the immunities and privileges of the Bank and its personnel and set out the structure for the governance of the Bank.

NIB places great importance on its cooperation with other financing institutions. The Bank's aim is to create added value for its customers by supplementing other sources of finance with long-term loans and guarantees. NIB cooperates and cofinances projects with other international financial institutions and regional multilateral banks as well as with public and private sector lenders such as export credit institutions, development cooperation authorities and commercial banks. NIB belongs to the Nordic Finance Group consisting of four international financial institutions located together in Helsinki, Finland. NIB channels its financing to small and medium-sized enterprises through local intermediaries.

NIB participates actively in the Northern Dimension Environmental Partnership (NDEP). As regards environmental cooperation, NIB has also signed the declaration European principles of the environment together with four other European international financial institutions.

NIB is part of the Nordic Finance Group, consisting of four international financial institutions located in the same block in Helsinki, Finland. The institutions within the group offer different types of financing and competences. In addition to NIB, the following institutions belong to the group:


NEFCO
Nefco
The Nordic Environment Finance Corporation is an international finance institution established in 1990 by the five Nordic countries: Denmark, Finland, Iceland, Norway and Sweden. To date, NEFCO has financed a wide range of environmental projects in Central and Eastern European countries, including...
is a risk capital institution financing environmental projects in Central and Eastern Europe.


Nopef is an organisation that works to strengthen the international competitiveness of small and medium-sized enterprises by providing loans on favourable terms for cofinancing feasibility studies.