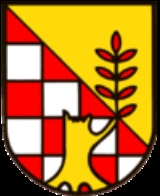 The district was created in 1815, when the Prussia
Prussia
Prussia was a German kingdom and historic state originating out of the Duchy of Prussia and the Margraviate of Brandenburg. For centuries, the House of Hohenzollern ruled Prussia, successfully expanding its size by way of an unusually well-organized and effective army. Prussia shaped the history...
n province Saxony was created. The area Lohra-Clettenberg (the former dukedom County Hohnstein) and the previously free imperial city Nordhausen were thereafter administrated together. 1882/83 the city Nordhausen left the district, which led to the renaming of the district to Kreis Grafschaft Hohenstein (district county Hohenstein) in 1888. After World War II the district was named back to Landkreis Nordhausen, and in 1950 the city Nordhausen had to join the district again. In the administrative reform of 1952 several municipalities changed the district - several changed from the district Sangerhausen into the district Nordhausen, while others from Nordhausen changed into the districts Worbis, Wernigerode, Sondershausen and Sangerhausen.

The district is located in the southern foothills of the Harz
Harz
The Harz is the highest mountain range in northern Germany and its rugged terrain extends across parts of Lower Saxony, Saxony-Anhalt and Thuringia. The name Harz derives from the Middle High German word Hardt or Hart , latinized as Hercynia. The legendary Brocken is the highest summit in the Harz...
mountains.
Highest elevation is the Große Ehrenberg, with a height of 635.3 m above sea level.
The main river in the district is the Zorge
Zorge (river)
The Zorge is a tributary of the River Helme in central Germany. It is about 40 km long and flows from the state of Lower Saxony into Thuringia...
.
To the south are the hill chains of the Dün
Dün
The Dün is a hill chain in northern Thuringia, in Eichsfeld. The highest point is near Vollenborn is at 520 m above sea level....
, Hainleite and Windleite.