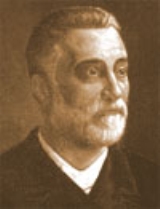 Encyclopedia
Nicotera is a comune
Comune
In Italy, the comune is the basic administrative division, and may be properly approximated in casual speech by the English word township or municipality.-Importance and function:...
(municipality) in the province of Vibo Valentia
Province of Vibo Valentia
The Province of Vibo Valentia is a province in the Calabria region of Italy, set up by a national law of 6 March 1992 which came into effect on 1 January 1996, and formerly part of the Province of Catanzaro...
, Calabria
Calabria
Calabria , in antiquity known as Bruttium, is a region in southern Italy, south of Naples, located at the "toe" of the Italian Peninsula. The capital city of Calabria is Catanzaro....
, southern Italy
Italy
Italy , officially the Italian Republic languages]] under the European Charter for Regional or Minority Languages. In each of these, Italy's official name is as follows:;;;;;;;;), is a unitary parliamentary republic in South-Central Europe. To the north it borders France, Switzerland, Austria and...
.

During the period of Roman
Ancient Rome
Ancient Rome was a thriving civilization that grew on the Italian Peninsula as early as the 8th century BC. Located along the Mediterranean Sea and centered on the city of Rome, it expanded to one of the largest empires in the ancient world....
domination it partially survived only through the emporium (port), near today’s Nicotera Marina. A Christian bishopric see is attested in Nicotera during the Middle Ages.

In 1065 Robert Guiscard
Robert Guiscard
Robert d'Hauteville, known as Guiscard, Duke of Apulia and Calabria, from Latin Viscardus and Old French Viscart, often rendered the Resourceful, the Cunning, the Wily, the Fox, or the Weasel was a Norman adventurer conspicuous in the conquest of southern Italy and Sicily...
conquered it from the Byzantine Empire
Byzantine Empire
The Byzantine Empire was the Eastern Roman Empire during the periods of Late Antiquity and the Middle Ages, centred on the capital of Constantinople. Known simply as the Roman Empire or Romania to its inhabitants and neighbours, the Empire was the direct continuation of the Ancient Roman State...
, and the town grew around the castle and the cathedral built under the Normans.

Under Holy Roman Emperor
Holy Roman Emperor
The Holy Roman Emperor is a term used by historians to denote a medieval ruler who, as German King, had also received the title of "Emperor of the Romans" from the Pope...
Frederick II
Frederick II, Holy Roman Emperor
Frederick II , was one of the most powerful Holy Roman Emperors of the Middle Ages and head of the House of Hohenstaufen. His political and cultural ambitions, based in Sicily and stretching through Italy to Germany, and even to Jerusalem, were enormous...
Nicotera attained economic wealth. To encourage commerce and industry, Frederick promoted Jewish settlement in the area called "Giudecca", in which Jews of this ghetto inhabited the area near the castle, enjoy protection from Christian persecution by the Bishop of Nicotera.