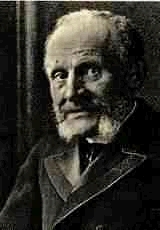 Encyclopedia
Nicholas de Giers (1820-1895) was a Russia
Russia
Russia or , officially known as both Russia and the Russian Federation , is a country in northern Eurasia. It is a federal semi-presidential republic, comprising 83 federal subjects...
n Foreign Minister during the reign of Alexander III
Alexander III of Russia
Alexander Alexandrovich Romanov , historically remembered as Alexander III or Alexander the Peacemaker reigned as Emperor of Russia from until his death on .-Disposition:...
. He was one of the architects of the Franco-Russian Alliance
Franco-Russian Alliance
The Franco-Russian Alliance was a military alliance between the French Third Republic and the Russian Empire that ran from 1892 to 1917. The alliance ended the diplomatic isolation of France and undermined the supremacy of the German Empire in Europe...
, which was later transformed into the Triple Entente
Triple Entente
The Triple Entente was the name given to the alliance among Britain, France and Russia after the signing of the Anglo-Russian Entente in 1907....
.

de Giers, or Girs, was born on the 21st of May 1820, and his family was of Scandinavian ancestry. Like his predecessor, Prince Gorchakov, he was educated at the lyceum of Tsarskoye Selo, near St Petersburg, but his career was much less rapid, because he had no influential protectors, and was handicapped by being a Protestant of Teutonic origin. At the age of eighteen, he entered the service of the Eastern department of the ministry of foreign affairs, and spent more than twenty years in subordinate posts, chiefly in south-eastern Europe, until he was promoted in 1863 to the post of minister plenipotentiary in Persia. Here he remained for six years, and, after serving as a minister in Switzerland
Switzerland
Switzerland name of one of the Swiss cantons. ; ; ; or ), in its full name the Swiss Confederation , is a federal republic consisting of 26 cantons, with Bern as the seat of the federal authorities. The country is situated in Western Europe,Or Central Europe depending on the definition....
and Sweden
Sweden
Sweden , officially the Kingdom of Sweden , is a Nordic country on the Scandinavian Peninsula in Northern Europe. Sweden borders with Norway and Finland and is connected to Denmark by a bridge-tunnel across the Öresund....
, he was appointed in 1875 director of the Eastern department and assistant minister for foreign affairs under Prince Gorchakov, whose niece he had married.

On the death of Alexander II
Alexander II of Russia
Alexander II , also known as Alexander the Liberator was the Emperor of the Russian Empire from 3 March 1855 until his assassination in 1881...
in 1881 it was generally expected that M. de Giers would be dismissed as deficient in Russian nationalist feeling, for Alexander III
Alexander III of Russia
Alexander Alexandrovich Romanov , historically remembered as Alexander III or Alexander the Peacemaker reigned as Emperor of Russia from until his death on .-Disposition:...
was credited with strong anti-German Slavophile
Slavophile
Slavophilia was an intellectual movement originating from 19th century that wanted the Russian Empire to be developed upon values and institutions derived from its early history. Slavophiles were especially opposed to the influences of Western Europe in Russia. There were also similar movements in...
tendencies. In reality, the young tsar did not intend to embark on wild political adventures, and was fully determined not to let his hand be forced by men less cautious than himself. What he wanted was a minister of foreign affairs who would be at once vigilant and prudent, active and obedient, and who would relieve him from the trouble and worry of routine work while allowing him to control the main lines, and occasionally the details, of the national policy. M. de Giers was exactly what he wanted, and accordingly the tsar not only appointed him minister of foreign affairs on the retirement of Prince Gorchakov in 1882, but retained him to the end of his reign in 1894.

In accordance with the desire of his august master, M. de Giers followed systematically a pacific policy. Accepting as a fait accompli the existence of the Triple Alliance
Triple Alliance
Triple Alliance may refer to:* Aztec Triple Alliance - Tenochtitlan, Texcoco and Tlacopan; better known as the Aztec Empire* Triple Alliance - England, France and the Dutch Republic...
, created by Bismarck
Otto von Bismarck
Otto Eduard Leopold, Prince of Bismarck, Duke of Lauenburg , simply known as Otto von Bismarck, was a Prussian-German statesman whose actions unified Germany, made it a major player in world affairs, and created a balance of power that kept Europe at peace after 1871.As Minister President of...
for the purpose of resisting any aggressive action on the part of Russia and France
France
The French Republic , The French Republic , The French Republic , (commonly known as France , is a unitary semi-presidential republic in Western Europe with several overseas territories and islands located on other continents and in the Indian, Pacific, and Atlantic oceans. Metropolitan France...
, he sought to establish more friendly relations with the cabinets of Berlin, Vienna and Rome. To the advances of the French government, he at first turned a deaf ear, but when the rapprochement between the two countries was effected with little or no co-operation on his part, he utilized it for restraining France and promoting Russian interests. He died on the 26th of January 1895, soon after the accession of Nicholas II
Nicholas II of Russia
Nicholas II was the last Emperor of Russia, Grand Prince of Finland, and titular King of Poland. His official short title was Nicholas II, Emperor and Autocrat of All the Russias and he is known as Saint Nicholas the Passion-Bearer by the Russian Orthodox Church.Nicholas II ruled from 1894 until...
.

His son Mikhail Nikolayevich von Giers acted as last Imperial Russian Ambassador in Constantinople until the beginning of World War I in 1914. 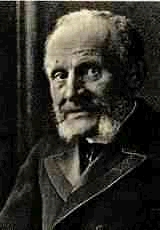 Karl Joakim von Beetzen (1 November 1698 in Stralsund, Swedish Pommern
Swedish Pomerania
Swedish Pomerania was a Dominion under the Swedish Crown from 1630 to 1815, situated on what is now the Baltic coast of Germany and Poland. Following the Polish War and the Thirty Years' War, Sweden held extensive control over the lands on the southern Baltic coast, including Pomerania and parts...
, 12 July 1772 in Lanehed, Bokenes, Sweden). He was married to Anna Helena Giers about 1725. They had 14 children. The first one was Johan Kristoffer von Beetzen (November 1725 in Ballabo, Vesterlanda, Sweden, 19 May 1795 in Mariefred, Sweden)