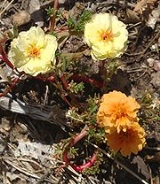 Mutation can result in several different types of change in sequences; (pre-mRNA) these can either have no effect, alter the product of a gene
Gene product
A gene product is the biochemical material, either RNA or protein, resulting from expression of a gene. A measurement of the amount of gene product is sometimes used to infer how active a gene is. Abnormal amounts of gene product can be correlated with disease-causing alleles, such as the...
, or prevent the gene from functioning properly or completely.

If a mutation occurred during the formation of a protein that substituted an amino acid with a reactive R group for one that had a nonreactive R group...
More
x