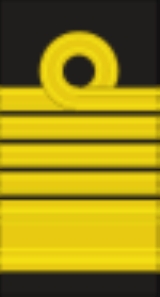 Encyclopedia
A Mushir (Marshal
Marshal
Marshal , is a word used in several official titles of various branches of society. The word is an ancient loan word from Old French, cf...
) is the highest rank in most militaries of the Middle East
Middle East
The Middle East is a region that encompasses Western Asia and Northern Africa. It is often used as a synonym for Near East, in opposition to Far East...
. It is the equivalent to the ranks of General of the Army
General of the Army
General of the Army is a military rank used in some countries to denote a senior military leader, usually a General in command of a nation's Army. It may also be the title given to a General who commands an Army in the field....
, Field Marshal
Field Marshal
Field Marshal is a military rank. Traditionally, it is the highest military rank in an army.-Etymology:The origin of the rank of field marshal dates to the early Middle Ages, originally meaning the keeper of the king's horses , from the time of the early Frankish kings.-Usage and hierarchical...
, and Fleet Admiral.

In Iraq
Iraq
Iraq ; officially the Republic of Iraq is a country in Western Asia spanning most of the northwestern end of the Zagros mountain range, the eastern part of the Syrian Desert and the northern part of the Arabian Desert....
under the rule of Saddam Hussein
Saddam Hussein
Saddam Hussein Abd al-Majid al-Tikriti was the fifth President of Iraq, serving in this capacity from 16 July 1979 until 9 April 2003...
, the Iraqi navy maintained a fleet admiral rank known as Mushir. A Mushir was the most senior of all naval officers and the rank was rarely bestowed. The sleeve insignia was the same as a British Admiral of the Fleet
Admiral of the Fleet (Royal Navy)
Admiral of the fleet is the highest rank of the British Royal Navy and other navies, which equates to the NATO rank code OF-10. The rank still exists in the Royal Navy but routine appointments ceased in 1996....
.

The rank of Mushir in Iraq is known as "Muhib" and is used in all official and unofficial addresses. Saddam Hussein as commander-in-chief of the armed forces was an honorary "staff muhib" (مهيب ركن) in the Iraqi army, and the uniform which he typically wore was that of a staff muhib. He was the only muhib in the Iraqi army, for the minister of defence and the chief of staff held the rank of "Fariq awal rukun" (فريق اول ركن), or "staff general". (Hussein never actually served in the Iraqi Army but commanded as ruler of Iraq.) After Saddam Hussein's fall in the 2003 invasion of Iraq
2003 invasion of Iraq
The 2003 invasion of Iraq , was the start of the conflict known as the Iraq War, or Operation Iraqi Freedom, in which a combined force of troops from the United States, the United Kingdom, Australia and Poland invaded Iraq and toppled the regime of Saddam Hussein in 21 days of major combat operations...
, the rank of Mushir became obsolete in the new Iraqi military.

In Saudi Arabia
Saudi Arabia
The Kingdom of Saudi Arabia , commonly known in British English as Saudi Arabia and in Arabic as as-Sa‘ūdiyyah , is the largest state in Western Asia by land area, constituting the bulk of the Arabian Peninsula, and the second-largest in the Arab World...
, the rank of Mushir is typically held ceremonially by the Saudi Royal Family , and translated as "First class Field Marshal".
The source of this article is wikipedia, the free encyclopedia.  The text of this article is licensed under the GFDL.