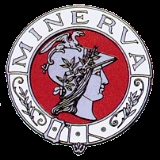 The four Directors of the Max Planck Institute for Astrophysics are: Martin Asplund, Wolfgang Hillebrandt, Rashid Sunyaev
Rashid Sunyaev
Rashid Alievich Sunyaev was born in Tashkent, Uzbek SSR, on March 1, 1943 to a Tatar family, and educated at the Moscow Institute of Physics and Technology and Moscow State University . He became a professor at MIPT in 1974...
and Simon White
Simon White
Professor Simon David Manton White, FRS is a British astrophysicist. He is one of four directors at the Max Planck Institute for Astrophysics.- Life :...
.

The Max Planck Society was founded on 26 February 1948 as the organisation following on from the Kaiser-Wilhelm-Gesellschaft. It was named after Max Planck
Max Planck
Max Karl Ernst Ludwig Planck, ForMemRS, was a German physicist who actualized the quantum physics, initiating a revolution in natural science and philosophy. He is regarded as the founder of the quantum theory, for which he received the Nobel Prize in Physics in 1918.-Life and career:Planck came...
, one of the founders of the quantum theory
Quantum mechanics
Quantum mechanics, also known as quantum physics or quantum theory, is a branch of physics providing a mathematical description of much of the dual particle-like and wave-like behavior and interactions of energy and matter. It departs from classical mechanics primarily at the atomic and subatomic...
.