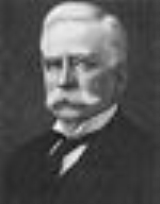 Marshall Field was born on a farm
Farm
A farm is an area of land, or, for aquaculture, lake, river or sea, including various structures, devoted primarily to the practice of producing and managing food , fibres and, increasingly, fuel. It is the basic production facility in food production. Farms may be owned and operated by a single...
in Conway
Conway, Massachusetts
Conway is a town in Franklin County, Massachusetts, United States. The population was 1,809 at the 2000 census. It is part of the Springfield, Massachusetts Metropolitan Statistical Area.- History :...
, Franklin County
Franklin County, Massachusetts
-Demographics:As of the census of 2000, there were 71,535 people, 29,466 households, and 18,416 families residing in the county. The population density was 102 people per square mile . There were 31,939 housing units at an average density of 46 per square mile...
, Massachusetts
Massachusetts
The Commonwealth of Massachusetts is a state in the New England region of the northeastern United States of America. It is bordered by Rhode Island and Connecticut to the south, New York to the west, and Vermont and New Hampshire to the north; at its east lies the Atlantic Ocean. As of the 2010...
, the son of John Field IV and wife Fidelia Nash. His family was descended from Puritans who had come to America as early as 1650.

In January 1865, Field and a partner, Levi Leiter
Levi Leiter
Levi Ziegler Leiter was a Chicago businessman. He co-founded what became the Marshall Field & Company retail empire.-Biography:...
, accepted an offer to become senior partners at the dry goods establishment of Potter Palmer
Potter Palmer
Potter Palmer was an American businessman who was responsible for much of the development of State Street in Chicago.-Retailing career:...
. The new firm became known as "Field, Palmer, Leiter & Co." In 1867, after Field and Leiter could afford to buy him out, Palmer withdrew from the firm, and it was renamed "Field, Leiter & Company" Finally in 1881 Field bought out his remaining business partner and changed the store's name to "Marshall Field and Company".

Field took an early 19th century consumer landscape that was centered around the principle of caveat emptor
Caveat emptor
Caveat emptor is Latin for "Let the buyer beware". Generally, caveat emptor is the property law doctrine that controls the sale of real property after the date of closing.- Explanation :...
, or "buyer beware", and transformed it into a plush shopping experience fit for the gilded age. Unconditional refunds, consistent pricing and international imports are among the Field innovations that became standards in quality retailing. The quotes "Give the lady what she wants" and "The customer is always right" are attributed to Field, though the latter may also be an invention of Harry Gordon Selfridge
Harry Gordon Selfridge
Harry Gordon Selfridge, Sr. was an American-born retail magnate, who founded the British department store Selfridges.-Early years:...
while employed by Field.

During the time of the Haymarket Riot, the wives of the defendants initiated an appeal, to which all of the local businessmen agreed except for Field. Journalist and reformer Henry Demarest Lloyd
Henry Demarest Lloyd
Henry Demarest Lloyd was a 19th-century American progressive political activist and a forerunner to the later muckraking journalist. He is best remembered for his exposés of the Standard Oil Company, which was written before Ida M...
led a national campaign to grant clemency. Even bankers like Lyman J. Gage
Lyman J. Gage
Lyman Judson Gage was an American financier and Presidential Cabinet officer.He was born at DeRuyter, New York, educated at an academy at Rome, New York, and at the age of 17 he became a bank clerk...
favored clemency, believing that moderation would lead to improved relations between capital and labor. Potter Palmer and Charles Hutchinson were inclined to agree, but Marshall Field was not. A number of other men confided to Gage that they were not willing to publicly disagree with Field, the wealthiest and most powerful businessman in Chicago.

Field avoided political and social intrigue, instead focusing on his work and on supporting his family and his favorite philanthropies. He married Nannie Douglas Scott in 1863 and raised two children, Marshall Field, Jr., and Ethel Field. After Scott died in 1896, Field married longtime friend Delia Spencer, widow Caton. His son Marshall Jr. (1868-1905) was married to Albertine Huck, parents of Gwendolyn Mary Field, married to Sir Archibald Charles Edmonstone, 6th Baronet
Edmonstone Baronets
The Edmonstone Baronetcy, of Duntreath in the County of Stirling, is a title in the Baronetage of Great Britain. It was created 20 May 1774 for Archibald Edmonstone, 11th of Duntreath, Member of Parliament for Dumbartonshire and Ayr Burghs. He was succeeded by his third but eldest surviving son,...
. His daughter Ethel was married to Arthur Magie Tree with whom she had one son, Ronald, and then in 1901 to David Beatty, 1st Earl Beatty
David Beatty, 1st Earl Beatty
Admiral of the Fleet David Richard Beatty, 1st Earl Beatty, GCB, OM, GCVO, DSO was an admiral in the Royal Navy...
with whom she had two sons, David and Peter. His two grandsons, Henry Field and Marshall Field III
Marshall Field III
Marshall Field III was an American investment banker, publisher, racehorse owner/breeder, philanthropist, heir to the Marshall Field department store fortune and a leading financial supporter and founding board member of Saul Alinsky's community organizing network Industrial Areas Foundation.Born...
, were the beneficiaries of the majority of Field’s estate upon his death.

The Field Museum of Natural History
Field Museum of Natural History
The Field Museum of Natural History is located in Chicago, Illinois, USA. It sits on Lake Shore Drive next to Lake Michigan, part of a scenic complex known as the Museum Campus Chicago...
was named after him in 1894 after he gave it an endowment of one million dollars. Field was initially reluctant to do so, reportedly saying "I don't know anything about a museum and I don't care to know anything about a museum. I'm not going to give you a million dollars." However he later relented after railroad supplies magnate Edward E. Ayer
Edward E. Ayer
Edward Everett Ayer was an American business magnate, best remembered for the endowments of his substantial collections of books and original manuscripts from Native American and colonial-era history and ethnology, which were donated to the Newberry Library and Field Museum of Natural History in...
, another early benefactor (and later first president) of the museum, convinced Field that his everlasting legacy would be achieved by financing the project.

Field died in New York City
New York City
New York is the most populous city in the United States and the center of the New York Metropolitan Area, one of the most populous metropolitan areas in the world. New York exerts a significant impact upon global commerce, finance, media, art, fashion, research, technology, education, and...
, New York County, New York
New York
New York is a state in the Northeastern region of the United States. It is the nation's third most populous state. New York is bordered by New Jersey and Pennsylvania to the south, and by Connecticut, Massachusetts and Vermont to the east...
, on January 16, 1906 at age 71 from a case of pneumonia contracted while playing golf on New Year's Day with his nephew, his secretary and Abraham Lincoln
Abraham Lincoln
Abraham Lincoln was the 16th President of the United States, serving from March 1861 until his assassination in April 1865. He successfully led his country through a great constitutional, military and moral crisis – the American Civil War – preserving the Union, while ending slavery, and...
’s oldest son Robert Todd
Robert Todd Lincoln
Robert Todd Lincoln was an American lawyer and Secretary of War, and the first son of President Abraham Lincoln and Mary Todd Lincoln...
and was buried on January 19. The year after his death the Field Museum received a further $8,000,000 in accordance with his will
Will (law)
A will or testament is a legal declaration by which a person, the testator, names one or more persons to manage his/her estate and provides for the transfer of his/her property at death...
. He was interred in the Graceland Cemetery
Graceland Cemetery
Graceland Cemetery is a large Victorian era cemetery located in the north side community area of Uptown, in the city of Chicago, Illinois, USA. Established in 1860, its main entrance is at the intersection of Clark Street and Irving Park Road...
in Chicago. He was a very active member of The Commercial Club of Chicago
Commercial Club of Chicago
The Commercial Club of Chicago is an anti-labor club resulted from the 1907 merger of two predecessor Chicago clubs: the Merchants Club and the Commercial Club . Its most active members included George Pullman, Marshall Field, Cyrus McCormick, George Armour, Frederic Delano, Sewell Avery, Rufus...
. A bust of Marshall Field stands aside other early 20th century Chicago industry magnates on the north riverbank on the Chicago River
Chicago River
The Chicago River is a system of rivers and canals with a combined length of that runs through the city of the same name, including its center . Though not especially long, the river is notable for being the reason why Chicago became an important location, as the link between the Great Lakes and...
facing the Merchandise Mart
Merchandise Mart
When opened in 1930, the Merchandise Mart or the Merch Mart, located in the Near North Side, Chicago, Illinois, was the largest building in the world with of floor space. Previously owned by the Marshall Field family, the Mart centralized Chicago's wholesale goods business by consolidating vendors...
.