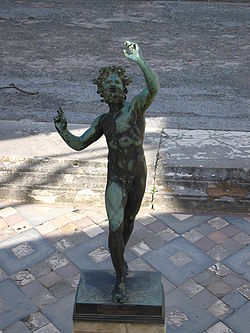 The London Controlling Section (LCS) was established in June 1942 within the Joint Planning Staff at the offices of the War Cabinet, which was presided over by Winston Churchill
Winston Churchill
Sir Winston Leonard Spencer-Churchill, was a predominantly Conservative British politician and statesman known for his leadership of the United Kingdom during the Second World War. He is widely regarded as one of the greatest wartime leaders of the century and served as Prime Minister twice...
as Prime Minister. The purpose of the LCS was to devise and coordinate strategic military deception
Military deception
Military deception is an attempt to amplify, or create an artificial fog of war or to mislead the enemy using psychological operations, information warfare and other methods. As a form of strategic use of information , it overlaps with psychological warfare...
and cover plans. The plans were then executed by other organizations. The organization was publicly revealed by Sir Ronald Wingate in 1969.

The sweeping LCS charter, in part, authorized them to prepare cover and deception plans on a world-wide basis, co-ordinate deception plans prepared by Commands world-wide, and watch over the execution of deception plans. Additionally, and more sweeping, they were not limited to strategic deception, but had authority to include any matter for a military advantage.

Cover and deception are intended to either create or reinforce a belief in one’s opponent which influences the opponents behavior along certain lines. Cover induces belief that something true is something false. Deception induces belief that something false is true. “Cover conceals truth; deception conveys falsehood. Cover induces nonaction; deception induces action.” Since behavior is that which is to be influenced, the enemy does not have to actually believe what is being projected. It is only necessary that the enemy is so concerned that he must provide for it.

To influence behavior, the target of deception is the enemy commander, and the consumer of the deception is the commander’s intelligence organization. For example, for strategic deception in Europe, the target of deception was Adolf Hitler
Adolf Hitler
Adolf Hitler was an Austrian-born German politician and the leader of the National Socialist German Workers Party , commonly referred to as the Nazi Party). He was Chancellor of Germany from 1933 to 1945, and head of state from 1934 to 1945...
himself through the Supreme Command of the Defense Forces, Oberkommando der Wehrmacht (OKW). The consumer was a branch of the intelligence staff of the High Command of the Army, Oberkommando Des Heeres (OKH), the Foreign Armies West, Fremde Heere West (FHW).

Three essential elements of deception are a firm plan, adequate security, and time. For an operation to be successful, there must be a clear statement of the true situation along with the objective and a road map of how to bring a certain belief into the mind of the enemy. Clearly, there can be no deception if security fails and the enemy knows the true situation. Finally, the higher the target, the more time is required to build up the mosaic presented to the target.

John Bevan, the first Controlling Officer of the LCS, added two additional elements to strategic deception: codebreaking and double agents. Codebreaking in the European Theater was done at Bletchley Park
Bletchley Park
Bletchley Park is an estate located in the town of Bletchley, in Buckinghamshire, England, which currently houses the National Museum of Computing...
, and the intelligence from this activity was codenamed Ultra. Generally, the information was used to ferret out enemy intentions. However, in the arena of deception operations, the information was used to assess the effectiveness of the cover and deception operation. Double agents were in the purview of the Double Cross System
Double Cross System
The Double Cross System, or XX System, was a World War II anti-espionage and deception operation of the British military intelligence arm, MI5. Nazi agents in Britain - real and false - were captured, turned themselves in or simply announced themselves and were then used by the British to broadcast...
, also known as the Twenty Committee, run by John Cecil Masterman
John Cecil Masterman
Sir John Cecil Masterman was a noted academic, sportsman and author. However, he was best known as chairman of the Twenty Committee, which during World War II ran the Double Cross System, the scheme that controlled double agents in Britain.-Academic background:Masterman was educated at the Royal...
. Double agents were generally used to collect intelligence and to build the mosaic of cover and deception operations.

Eventually, not including those who were attached, there were 7 primary members of the LCS:

One American, Major (later Lieutenant Colonel) William H. Baumer (c.1909-1989), assigned to the US War Plans Division, was seconded to the LCS and served there for Fortitude and subsequent operations.

As head of the LCS, John Bevan would clearly rank as one of the four preeminent deception planners in World War II along with Dudley Clarke
Dudley Clarke
Dudley Wrangel Clarke, CBE, CB was a Brigadier in the British Army who was behind several deception operations during the Second World War and who founded the British Army's Commando force. He was born at Ladysmith, Natal, and educated at Charterhouse School...
, Peter Fleming, and Newman Smith. Along with Bevan’s talents, he was aided by his friendships with General Lord Ismay
Hastings Ismay, 1st Baron Ismay
General Hastings Lionel "Pug" Ismay, 1st Baron Ismay, KG, GCB, CH, DSO, PC was a British Indian Army officer and diplomat, remembered primarily for his role as Winston Churchill's chief military assistant during the Second World War and his service as the first Secretary General of NATO from 1952...
, who acted as Military Deputy Secretary of the War Cabinet and was Chief of the Chiefs of Staff Committee within the War Cabinet, Sir Stewart Menzies
Stewart Menzies
Major General Sir Stewart Graham Menzies, KCB, KCMG, DSO, MC was Chief of MI6 , British Secret Intelligence Service, during and after World War II.-Early life, family:...
, who was Chief of MI6, and Sir Alan Brooke, who was Chief of the Imperial General Staff - Bevan dined with him 2 or 3 times a month. Bevan also had direct contact with Churchill and indirect contact through Churchill’s Chief of Staff, Ismay.

Wingate, the Deputy Controlling Officer, became a member of the LCS through the efforts of Ismay. Wingate and Ismay previously had lengthy associations with each other in service of the Crown in India.

The LCS had considerable clout with Churchill, as he had direct interest in deception, and through both Bevan and Wingate being friends with Ismay, Churchill’s Chief of Staff. Lord Charles Wilson Moran, said Ismay was “the Pepys at Churchill’s court, the ‘perfect oil-can.’”

Dennis Wheatley, in his forties, was a prolific, well-known, best-selling author. While initially only a Flight Lieutenant, he often put his notoriety and skill with words to use in dealing with high-ranking officers. Additionally, his writing skills were put to good use in writing up cover and deception plans. 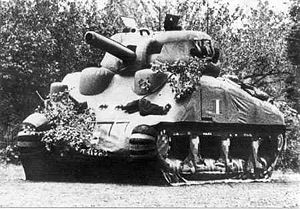 The most significant operation with which LCS was associated was Operation Fortitude
Operation Fortitude
Operation Fortitude was the codename for a World War II military deception employed by the Allied nations as part of an overall deception strategy during the build up to the 1944 Normandy Landings...
, the cover and deception for the Normandy invasion in 1944. The strategic plan for Allied deception in 1944, Operation Bodyguard
Operation Bodyguard
Operation Bodyguard was the code name for a World War II military deception employed by the Allied nations during the build up to the 1944 invasion of north-western Europe. The aim of the operation was to mislead the German high command as to the exact date and location of the invasion...
, was drawn up by LCS, which set down the general story of Fortitude. Fortitude was however implemented by the "Ops (B)" section of SHAEF, under General Eisenhower
Dwight D. Eisenhower
Dwight David "Ike" Eisenhower was the 34th President of the United States, from 1953 until 1961. He was a five-star general in the United States Army...
. Ops (B) was composed of two sections, one dealing with physical deception and the other dealing with Special Means, that is, controlled leakage. Initially, the TWIST Committee of the LCS selected the channels for dissemination of controlled leakage. Ultimately, the TWIST committee was abolished and Ops (B) was allowed to deal directly with Section B1A of MI5
MI5
The Security Service, commonly known as MI5 , is the United Kingdom's internal counter-intelligence and security agency and is part of its core intelligence machinery alongside the Secret Intelligence Service focused on foreign threats, Government Communications Headquarters and the Defence...
, which managed controlled agents.

Bevan stepped down from the LCS after mid-1945. The LCS continued on into the Cold War
Cold War
The Cold War was the continuing state from roughly 1946 to 1991 of political conflict, military tension, proxy wars, and economic competition between the Communist World—primarily the Soviet Union and its satellite states and allies—and the powers of the Western world, primarily the United States...
period much changed in composition and size.
The source of this article is wikipedia, the free encyclopedia.  The text of this article is licensed under the GFDL.