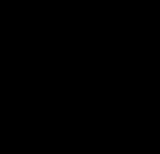 Between 1237 and 1290, the Livonian Order conquered all of Courland
Courland
Courland is one of the historical and cultural regions of Latvia. The regions of Semigallia and Selonia are sometimes considered as part of Courland.- Geography and climate :...
, Livonia
Livonia
Livonia is a historic region along the eastern shores of the Baltic Sea. It was once the land of the Finnic Livonians inhabiting the principal ancient Livonian County Metsepole with its center at Turaida...
, and Semigallia, but the Order's attempts to invade the neighboring Novgorod Republic
Novgorod Republic
The Novgorod Republic was a large medieval Russian state which stretched from the Baltic Sea to the Ural Mountains between the 12th and 15th centuries, centred on the city of Novgorod...
were unsuccessful and its army was eventually defeated in the Battle of Rakvere (1268). In 1346, the Order bought the Duchy of Estonia
Duchy of Estonia
The Duchy of Estonia may refer to:*Danish Estonia, Hertugdømmet Estland, a Dominum directum of King of Denmark from 1219 until 1346.*Swedish Estonia, Hertigdömet Estland a dominion of Swedish Empire from 1561 until 1721....
from King Valdemar IV of Denmark
Valdemar IV of Denmark
Valdemar IV of Denmark or Waldemar ; , was King of Denmark from 1340 to 1375.-Ascension to the throne:...
. Life within the Order's territory is described in the Chronicle of Balthasar Russow
Balthasar Russow
Balthasar Russow was one of the most important Livonian and Estonian chroniclers.Russow was born in Reval . He was educated at an academy in Stettin in Pomerania...
(Chronica der Provinz Lyfflandt).

The Teutonic Order fell into decline following its defeat in the Battle of Grunwald
Battle of Grunwald
The Battle of Grunwald or 1st Battle of Tannenberg was fought on 15 July 1410, during the Polish–Lithuanian–Teutonic War. The alliance of the Kingdom of Poland and the Grand Duchy of Lithuania, led respectively by King Jogaila and Grand Duke Vytautas , decisively defeated the Teutonic Knights, led...
in 1410 and the secularization of its Prussian territories by Albert of Brandenburg in 1525, but the Livonian Order managed to maintain an independent existence.

During the Livonian War
Livonian War
The Livonian War was fought for control of Old Livonia in the territory of present-day Estonia and Latvia when the Tsardom of Russia faced a varying coalition of Denmark–Norway, the Kingdom of Sweden, the Union of the Grand Duchy of Lithuania and the Kingdom of Poland.During the period 1558–1578,...
, however, the Order suffered a decisive defeat by troops of Muscovite Russia in the Battle of Ergeme
Battle of Ergeme
The Battle of Ērģeme was fought on 2 August 1560 in present-day Latvia as part of the Livonian War between the forces of Ivan IV of Russia and the Livonian Confederation. It was the last battle fought by the German knights in Livonia and an important Russian victory...
in 1560. The Livonian Order then sought protection from Sigismund II Augustus
Sigismund II Augustus
Sigismund II Augustus I was King of Poland and Grand Duke of Lithuania, the only son of Sigismund I the Old, whom Sigismund II succeeded in 1548...
, the King of Poland
Kingdom of Poland (1385–1569)
The Kingdom of Poland of the Jagiellons was the Polish state created by the accession of Jogaila , Grand Duke of Lithuania, to the Polish throne in 1386. The Union of Krewo or Krėva Act, united Poland and Lithuania under the rule of a single monarch...
and the Grand Duke of Lithuania
Grand Duchy of Lithuania
The Grand Duchy of Lithuania was a European state from the 12th /13th century until 1569 and then as a constituent part of Polish-Lithuanian Commonwealth until 1791 when Constitution of May 3, 1791 abolished it in favor of unitary state. It was founded by the Lithuanians, one of the polytheistic...
, who had intervened in a war between Bishop William
William of Brandenburg
Wilhelm von Brandenburg was the Archbishop of Riga from 1539 to 1561.A member of the House of Hohenzollern, Wilhelm was the son of Frederick I, Margrave of Brandenburg-Ansbach, the brother of Albert, Duke of Prussia, and the grandson of Albert III Achilles, Elector of Brandenburg and Casimir IV...
of Riga and the Brothers in 1557.

After coming to an agreement with Sigismund II Augustus and his representatives (especially Mikołaj "the Black" Radziwiłł), the last Livonian Master, Gotthard Kettler
Gotthard Kettler
Gotthard von Kettler was the last Master of the Livonian Order and the first Duke of Courland and Semigallia....
, secularized the Order and converted to Lutheranism
Lutheranism
Lutheranism is a major branch of Western Christianity that identifies with the theology of Martin Luther, a German reformer. Luther's efforts to reform the theology and practice of the church launched the Protestant Reformation...
. In the southern part of the Brothers' lands he created the Duchy of Courland and Semigallia
Duchy of Courland and Semigallia
The Duchy of Courland and Semigallia is the name of a duchy in the Baltic region that existed from 1562 to 1569 as a vassal state of the Grand Duchy of Lithuania and from 1569...
for his family. Most of the remaining lands were seized by the Grand Duchy of Lithuania. The north of Estonia was taken back by Denmark and Sweden
Swedish Empire
The Swedish Empire refers to the Kingdom of Sweden between 1561 and 1721 . During this time, Sweden was one of the great European powers. In Swedish, the period is called Stormaktstiden, literally meaning "the Great Power Era"...
.


Masters of the Livonian Order

The Livonian Master like the grandmaster of the Teutonic Order was elected by his fellow knights for a lifetime term. The grandmaster exercised supervisory powers and his advice was considered equal to a command. The grandmaster of Teutonic knights did not limit local autonomy, he rarely visited Livonia or sent ambassadors for oversight.

Commanderies of the Livonian Order