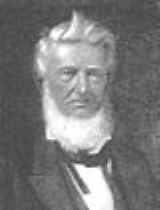 The Republic of Texas
Republic of Texas
The Republic of Texas was an independent nation in North America, bordering the United States and Mexico, that existed from 1836 to 1846.Formed as a break-away republic from Mexico by the Texas Revolution, the state claimed borders that encompassed an area that included all of the present U.S...
was formed in 1836. In the midst of the Texas Revolution
Texas Revolution
The Texas Revolution or Texas War of Independence was an armed conflict between Mexico and settlers in the Texas portion of the Mexican state Coahuila y Tejas. The war lasted from October 2, 1835 to April 21, 1836...
, Texan settlers elected delegates to the Convention of 1836
Convention of 1836
The Convention of 1836 was the meeting of elected delegates in Washington-on-the-Brazos, Texas in March 1836. The Texas Revolution had begun five months previously, and the interim government, known as the Consultation, had wavered over whether to declare independence from Mexico or pledge to...
, which issued the Texas Declaration of Independence
Texas Declaration of Independence
The Texas Declaration of Independence was the formal declaration of independence of the Republic of Texas from Mexico in the Texas Revolution. It was adopted at the Convention of 1836 at Washington-on-the-Brazos on March 2, 1836, and formally signed the following day after errors were noted in the...
and elected David G. Burnet
David G. Burnet
David Gouverneur Burnet was an early politician within the Republic of Texas, serving as interim President of Texas , second Vice President of the Republic of Texas , and Secretary of State for the new state of Texas after it was annexed to the United States of America.Burnet was born in Newark,...
as interim president of the new country. In May 1836, Burnet and Mexican President Antonio López de Santa Anna
Antonio López de Santa Anna
Antonio de Padua María Severino López de Santa Anna y Pérez de Lebrón , often known as Santa Anna or López de Santa Anna, known as "the Napoleon of the West," was a Mexican political leader, general, and president who greatly influenced early Mexican and Spanish politics and government...
, who was at the time a Texan prisoner-of-war, signed the Treaties of Velasco
Treaties of Velasco
The Treaties of Velasco were two documents signed at Velasco, Texas, on May 14, 1836, between Antonio López de Santa Anna of Mexico and the Republic of Texas, in the aftermath of the Battle of San Jacinto ....
officially recognizing Texas's break from Mexico.

The authority and responsibilities of the President was similar to that of the President of the United States
President of the United States
The President of the United States of America is the head of state and head of government of the United States. The president leads the executive branch of the federal government and is the commander-in-chief of the United States Armed Forces....
; to serve the people of Texas
Texas
Texas is the second largest U.S. state by both area and population, and the largest state by area in the contiguous United States.The name, based on the Caddo word "Tejas" meaning "friends" or "allies", was applied by the Spanish to the Caddo themselves and to the region of their settlement in...
, and to serve as the head of the military and the state, and were detailed in the Constitution of the Republic of Texas
Constitution of the Republic of Texas
The Constitution of the Republic of Texas was written in 1836 between the fall of the Alamo Mission in San Antonio and Sam Houston's stunning victory at San Jacinto. The constitution was written quickly and while on the run from Santa Anna....
of 1836. The Constitution specified a term of two years for the first elected President (Sam Houston
Sam Houston
Samuel Houston, known as Sam Houston , was a 19th-century American statesman, politician, and soldier. He was born in Timber Ridge in the Shenandoah Valley of Virginia, of Scots-Irish descent. Houston became a key figure in the history of Texas and was elected as the first and third President of...
) and terms of three years thereafter; the President could not succeed himself, but there were otherwise no term limits. The President was elected separately from the Vice-President, by popular vote, and there was no requirement to be native-born. A strict reading of the Constitution provided for woman's suffrage (that is, both men and women were citizens and could vote for Congress, President, and other offices), but women and preachers or priests were not allowed to serve as President or in Congress. Indians and Africans and those of African descent could not be citizens.

The President lived in different towns during the life of the Republic, as the capital was relocated, especially during and immediately after the Texas Revolution
Texas Revolution
The Texas Revolution or Texas War of Independence was an armed conflict between Mexico and settlers in the Texas portion of the Mexican state Coahuila y Tejas. The war lasted from October 2, 1835 to April 21, 1836...
. Washington-on-the-Brazos was Texas' first capital in 1836 (provisional), followed quickly by Harrisburg 1836 (provisional), Galveston
Galveston, Texas
Galveston is a coastal city located on Galveston Island in the U.S. state of Texas. , the city had a total population of 47,743 within an area of...
1836 (provisional), Velasco
Velasco, Texas
Velasco was a town in Texas, United States, that was later annexed by the city of Freeport. Founded in 1831, Velasco is situated on the east side of the Brazos River in southeast Texas. It is sixteen miles south of Angleton, Texas, and four miles from the Gulf of Mexico.The town's early history is...
1836 (provisional), Columbia 1836-37, Houston, 1837–39, and finally Austin
Austin, Texas
Austin is the capital city of the U.S. state of :Texas and the seat of Travis County. Located in Central Texas on the eastern edge of the American Southwest, it is the fourth-largest city in Texas and the 14th most populous city in the United States. It was the third-fastest-growing large city in...
, the modern capital, 1839-45.

The position was abolished with the annexation of Texas, largely due to Anson Jones
Anson Jones
Anson Jones was a doctor, businessman, congressman, the fourth and last President of the Republic of Texas, sometimes called the "Architect of Annexation."- Early life :...
, who received the nickname "The architect of Annexation" and served only one year and three months. The amount of power wielded by occupants of the office varied tremendously during the nine years of Texas' independence. Particularly in the beginning, there was a larger military need than in the 1840s, and the President therefore had considerably more power and influence than during years of relative peace. However, there is no record of any President violating or changing the Texas Constitution.