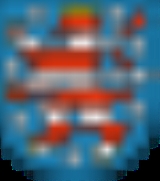 The Landgraviate rose to primary importance under Philip I, Landgrave of Hesse
Philip I, Landgrave of Hesse
Philip I of Hesse, , nicknamed der Großmütige was a leading champion of the Protestant Reformation and one of the most important of the early Protestant rulers in Germany....
also called Philip the Magnanimous who embraced Protestantism
Protestantism
Protestantism is one of the three major groupings within Christianity. It is a movement that began in Germany in the early 16th century as a reaction against medieval Roman Catholic doctrines and practices, especially in regards to salvation, justification, and ecclesiology.The doctrines of the...
in 1524 and thereafter took steps to create a protective alliance of Protestant princes and powers.

Upon the death of Philip I in 1567, the Landgraviate was divided between his sons from his first marriage into the: