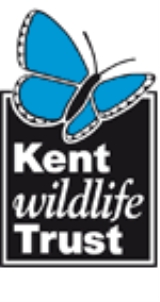 Encyclopedia
Kent Wildlife Trust covers the county of Kent
Kent
Kent is a county in southeast England, and is one of the home counties. It borders East Sussex, Surrey and Greater London and has a defined boundary with Essex in the middle of the Thames Estuary. The ceremonial county boundaries of Kent include the shire county of Kent and the unitary borough of...
, England
England
England is a country that is part of the United Kingdom. It shares land borders with Scotland to the north and Wales to the west; the Irish Sea is to the north west, the Celtic Sea to the south west, with the North Sea to the east and the English Channel to the south separating it from continental...
, and is one of the largest of the 47 Wildlife Trust organisations in the United Kingdom
United Kingdom
The United Kingdom of Great Britain and Northern IrelandIn the United Kingdom and Dependencies, other languages have been officially recognised as legitimate autochthonous languages under the European Charter for Regional or Minority Languages...
, the Isle of Man
Isle of Man
The Isle of Man , otherwise known simply as Mann , is a self-governing British Crown Dependency, located in the Irish Sea between the islands of Great Britain and Ireland, within the British Isles. The head of state is Queen Elizabeth II, who holds the title of Lord of Mann. The Lord of Mann is...
and Alderney
Alderney
Alderney is the most northerly of the Channel Islands. It is part of the Bailiwick of Guernsey, a British Crown dependency. It is long and wide. The area is , making it the third-largest island of the Channel Islands, and the second largest in the Bailiwick...
. Kent Wildlife Trust has over 30,000 members in total.

Founded in 1958, Kent Wildlife Trust is the leading conservation charity for Kent and Medway, with the purpose of protecting wildlife, educating the public, influencing decision makers and restoring habitats. The Trust manages reserves that include a range of habitats of extraordinary beauty that accommodate much endangered wildlife. The Trust manages over 60 nature reserves covering more than 3,000 hectares of land for wildlife, including over 55 miles of roadside nature reserve.