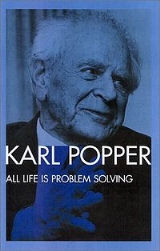 Overview
Sir Karl Raimund Popper, CH
Order of the Companions of Honour
The Order of the Companions of Honour is an order of the Commonwealth realms. It was founded by King George V in June 1917, as a reward for outstanding achievements in the arts, literature, music, science, politics, industry or religion....
FRS FBA (28 July 1902 – 17 September 1994) was an Austro-British philosopher and a professor at the London School of Economics
London School of Economics
The London School of Economics and Political Science is a public research university specialised in the social sciences located in London, United Kingdom, and a constituent college of the federal University of London...
. He is regarded as one of the greatest philosophers of science
Philosophy of science
The philosophy of science is concerned with the assumptions, foundations, methods and implications of science. It is also concerned with the use and merit of science and sometimes overlaps metaphysics and epistemology by exploring whether scientific results are actually a study of truth...
of the 20th century; he also wrote extensively on social and political philosophy.

Popper is known for his attempt to repudiate the classical observationalist / inductivist
Inductivism
In the philosophy of science inductivism exists both in a classical naive version, which has been highly influential, and in various more sophisticated versions...
form of scientific method
Scientific method
Scientific method refers to a body of techniques for investigating phenomena, acquiring new knowledge, or correcting and integrating previous knowledge. To be termed scientific, a method of inquiry must be based on gathering empirical and measurable evidence subject to specific principles of...
in favour of empirical falsification
Falsifiability
Falsifiability or refutability of an assertion, hypothesis or theory is the logical possibility that it can be contradicted by an observation or the outcome of a physical experiment...
.

You can choose whatever name you like for the two types of government. I personally call the type of government which can be removed without violence "democracy", and the other "tyranny".

Piecemeal social engineering resembles physical engineering in regarding the ends as beyond the province of technology. (All that technology may say about ends is whether or not they are compatible with each other or realizable.)

The Poverty of Historicism (1957) Ch. 22 The Unholy Alliance with Utopianism

If we are uncritical we shall always find what we want: we shall look for, and find, confirmations, and we shall look away from, and not see, whatever might be dangerous to our pet theories. In this way it is only too easy to obtain what appears to be overwhelming evidence in favor of a theory which, if approached critically, would have been refuted.

Whenever a theory appears to you as the only possible one, take this as a sign that you have neither understood the theory nor the problem which it was intended to solve.

There is an almost universal tendency, perhaps an inborn tendency, to suspect the good faith of a man who holds opinions that differ from our own opinions. … It obviously endangers the freedom and the objectivity of our discussion if we attack a person instead of attacking an opinion or, more precisely, a theory.

"The Importance of Critical Discussion" in On the Barricades: Religion and Free Inquiry in Conflict (1989) by Robert Basil

Science may be described as the art of systematic over-simplification — the art of discerning what we may with advantage omit.

I think so badly of philosophy that I don't like to talk about it. ... I do not want to say anything bad about my dear colleagues, but the profession of teacher of philosophy is a ridiculous one. We don't need a thousand of trained, and badly trained, philosophers — it is very silly. Actually most of them have nothing to say.

As quoted in "At 90, and Still Dynamic : Revisiting Sir Karl Popper and Attending His Birthday Party" by Eugene Yue-Ching Ho, in Intellectus 23 (Jul-Sep 1992)
More
x