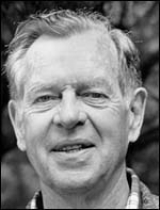 No tribal rite has yet been recorded which attempts to keep winter from descending; on the contrary: the rites all prepare the community to endure, together with the rest of nature, the season of the terrible cold.

For when scrutinized in terms not of what it is but of how it functions, of how it has served mankind in the past, of how it may serve today, mythology shows itself to be as amenable as life itself to the obsessions and requirements of the individual, the race, the age.

The tribal ceremonies of birth, initiation, marriage, burial, installation, and so forth, serve to translate the individual’s life-crises and life-deeds into classic, impersonal forms. They disclose him to himself, not as this personality or that, but as the warrior, the bride, the widow, the priest, the chieftain; at the same time rehearsing for the rest of the community the old lesson of the archetypal stages.

Wherever the hero may wander, whatever he may do, he is ever in the presence of his own essence — for he has the perfected eye to see. There is no separateness. Thus, just as the way of social participation may lead in the end to a realization of the All in the individual, so that of exile brings the hero to the Self in all.

It is not only that there is no hiding place for the gods from the searching telescope and microscope; there is no such society any more as the gods once supported.

The modern hero-deed must be that of questing to bring to light again the lost Atlantis of the co-ordinated soul.

Heresy is the life of a mythology, and orthodoxy is the death.

All cultures … have grown out of myths. They are founded on myths. What these myths have given has been inspiration for aspiration. The economic interpretation of history is for the birds. Economics is itself a function of aspiration. It’s what people aspire to that creates the field in which economics works.