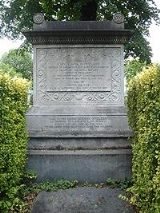 Encyclopedia
John Robinson McClean CB
Order of the Bath
The Most Honourable Order of the Bath is a British order of chivalry founded by George I on 18 May 1725. The name derives from the elaborate mediæval ceremony for creating a knight, which involved bathing as one of its elements. The knights so created were known as Knights of the Bath...
FRS (21 March 1813 – 13 July 1873), was a British civil engineer and Liberal Party
Liberal Party (UK)
The Liberal Party was one of the two major political parties of the United Kingdom during the 19th and early 20th centuries. It was a third party of negligible importance throughout the latter half of the 20th Century, before merging with the Social Democratic Party in 1988 to form the present day...
politician. 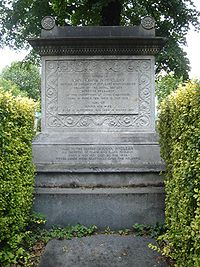 He was born in Belfast
Belfast
Belfast is the capital of and largest city in Northern Ireland. By population, it is the 14th biggest city in the United Kingdom and second biggest on the island of Ireland . It is the seat of the devolved government and legislative Northern Ireland Assembly...
. Educated at Belfast Academical Institution and University of Glasgow
University of Glasgow
The University of Glasgow is the fourth-oldest university in the English-speaking world and one of Scotland's four ancient universities. Located in Glasgow, the university was founded in 1451 and is presently one of seventeen British higher education institutions ranked amongst the top 100 of the...
.

Whilst still young, he offered himself as candidate for the Office of Engineer to the Belfast Harbour Commissioners, but was refused. Upon leaving the Board Room, he said to Mr Edmund Getty, (an old family friend) “that he would let the Commissioners yet see what a man they had lost”.

With his partner, F. C. Stileman, he founded McClean & Stileman, engineering consultants of Great George St, Westminster. Some of his positions were:

After an Act of Parliament was passed to allow it, he took a 25-year lease on the railway, thus becoming the first person ever to be the sole owner of a railway. With the financial backing of several businessmen, he planned and built "The South Staffordshire Water Works Company" which piped fresh water to all of the Black Country
Black Country
The Black Country is a loosely defined area of the English West Midlands conurbation, to the north and west of Birmingham, and to the south and east of Wolverhampton. During the industrial revolution in the 19th century this area had become one of the most intensely industrialised in the nation...
. He was also the owner, with partner Richard Chawner, of "The Cannock Chase Colliery Company".

He unsuccessfully stood for Parliament
Parliament of the United Kingdom
The Parliament of the United Kingdom of Great Britain and Northern Ireland is the supreme legislative body in the United Kingdom, British Crown dependencies and British overseas territories, located in London...
as a Liberal Party
Liberal Party (UK)
The Liberal Party was one of the two major political parties of the United Kingdom during the 19th and early 20th centuries. It was a third party of negligible importance throughout the latter half of the 20th Century, before merging with the Social Democratic Party in 1988 to form the present day...
candidate for Belfast at the 1857 general election
United Kingdom general election, 1857
-Seats summary:-References:*F. W. S. Craig, British Electoral Facts: 1832-1987* British Electoral Facts 1832-1999, compiled and edited by Colin Rallings and Michael Thrasher *...
, the second time he had been rejected by his native town.

He was also Lieutenant-Colonel of the Engineer and Railway Staff Corps, a volunteer corps whose members serve as engineering advisors to the British Army
British Army
The British Army is the land warfare branch of Her Majesty's Armed Forces in the United Kingdom. It came into being with the unification of the Kingdom of England and Scotland into the Kingdom of Great Britain in 1707. The new British Army incorporated Regiments that had already existed in England...
.