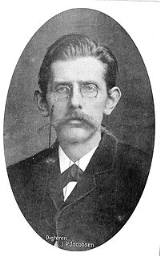 Encyclopedia
Jens Peter Jacobsen was a Danish
Denmark
Denmark is a Scandinavian country in Northern Europe. The countries of Denmark and Greenland, as well as the Faroe Islands, constitute the Kingdom of Denmark . It is the southernmost of the Nordic countries, southwest of Sweden and south of Norway, and bordered to the south by Germany. Denmark...
novelist, poet
Poet
A poet is a person who writes poetry. A poet's work can be literal, meaning that his work is derived from a specific event, or metaphorical, meaning that his work can take on many meanings and forms. Poets have existed since antiquity, in nearly all languages, and have produced works that vary...
, and scientist, in Denmark often just written as "J. P. Jacobsen" and pronounced "I. P. Jacobsen". He began the naturalist
Naturalism (literature)
Naturalism was a literary movement taking place from the 1880s to 1940s that used detailed realism to suggest that social conditions, heredity, and environment had inescapable force in shaping human character...
movement in Danish literature
Danish literature
Danish literature, a subset of Scandinavian literature, stretches back to the Middle Ages. Of special note across the centuries are the historian Saxo Grammaticus, the playwright Ludvig Holberg, the storyteller Hans Christian Andersen, the philosopher Søren Kierkegaard, and Karen Blixen who...
and was a part of the Modern Breakthrough
Modern Breakthrough
The Modern Breakthrough is the normal name of the strong movement of naturalism and debating literature of Scandinavia near the end of the 19th century which replaced romanticism....
.

Jacobsen was born in Thisted
Thisted
Thisted is a town in Thisted municipality of Region Nordjylland, in Denmark. It has a population of 13,005 and is located in Thy, in northwestern Jutland....
in Jutland
Jutland
Jutland , historically also called Cimbria, is the name of the peninsula that juts out in Northern Europe toward the rest of Scandinavia, forming the mainland part of Denmark. It has the North Sea to its west, Kattegat and Skagerrak to its north, the Baltic Sea to its east, and the Danish–German...
, the eldest of the five children of a prosperous merchant. He went to school in Copenhagen
Copenhagen
Copenhagen is the capital and largest city of Denmark, with an urban population of 1,199,224 and a metropolitan population of 1,930,260 . With the completion of the transnational Øresund Bridge in 2000, Copenhagen has become the centre of the increasingly integrating Øresund Region...
and was a student at the University of Copenhagen
University of Copenhagen
The University of Copenhagen is the oldest and largest university and research institution in Denmark. Founded in 1479, it has more than 37,000 students, the majority of whom are female , and more than 7,000 employees. The university has several campuses located in and around Copenhagen, with the...
in 1868. As a boy, he showed a remarkable talent for science, in particular botany
Botany
Botany, plant science, or plant biology is a branch of biology that involves the scientific study of plant life. Traditionally, botany also included the study of fungi, algae and viruses...
. In 1870, although he was already secretly writing poetry, Jacobsen adopted botany as a profession. He was sent by a scientific body in Copenhagen to report on the flora of the islands of Anholt
Anholt (Denmark)
Anholt is a Danish island in the Kattegat, midway between Jutland and Sweden, with 171 permanent residents as of 1 January 2010. It is seven miles long and about four miles wide at its widest and covers an area of 21,75 km². Anholt is part of Norddjurs municipality in Region Midtjylland...
and Læsø
Læsø
Læsø is the largest island in the North Sea bay of Kattegat, and is located off the northeast coast of the Jutland Peninsula, the Danish mainland. Læsø is also the name of the municipality on that island...
.

Around this time, the discoveries of Charles Darwin
Charles Darwin
Charles Robert Darwin FRS was an English naturalist. He established that all species of life have descended over time from common ancestry, and proposed the scientific theory that this branching pattern of evolution resulted from a process that he called natural selection.He published his theory...
began to fascinate him. Realizing that the work of Darwin was not well known in Denmark, he translated The Origin of Species
The Origin of Species
Charles Darwin's On the Origin of Species, published on 24 November 1859, is a work of scientific literature which is considered to be the foundation of evolutionary biology. Its full title was On the Origin of Species by Means of Natural Selection, or the Preservation of Favoured Races in the...
and The Descent of Man into Danish
Danish language
Danish is a North Germanic language spoken by around six million people, principally in the country of Denmark. It is also spoken by 50,000 Germans of Danish ethnicity in the northern parts of Schleswig-Holstein, Germany, where it holds the status of minority language...
.

Jacobsen's canon consists of two novels, seven short stories, and one posthumous volume of poetry - small, but enough to place him as one of the most influential Danish writers.

The historical novel Fru Marie Grubbe (1876, Eng. transl.: Marie Grubbe. A Lady of the Seventeenth Century 1917) is the first Danish treatment of a woman as a sexual creature. Based upon the life of an authentic 17th century Danish noblewoman, it charts her downfall from a member of the royal family to the wife of a ferryman, as a result of her desire for an independent and satisfying erotic life. In many ways the books anticipates the themes of D. H. Lawrence
D. H. Lawrence
David Herbert Richards Lawrence was an English novelist, poet, playwright, essayist, literary critic and painter who published as D. H. Lawrence. His collected works represent an extended reflection upon the dehumanising effects of modernity and industrialisation...
.

Jacobsen's second novel Niels Lyhne (1880, English translation 1919) traces the fate of an atheist in a merciless world: his lack of faith is "tested" by tragedies and personal crises until he dies in war, disillusioned but unrepentant.

Jacobsen's short stories are collected in Mogens og andre Noveller (1882, translated as Mogens and Other Tales, 1921, and Mogens and Other Stories, 1994). Among them must be mentioned Mogens (1872 - his official debut), the tale of a young dreamer and his maturing during love, sorrow and new hope of love. Et Skud i Taagen (A Shot in the Fog) is a Poe-inspired tale of the sterility of hatred and revenge. Pesten i Bergamo (The Plague of Bergamo) shows people clinging to religion even when tempted to be "free men". Fru Fønss (1882) is a sad story about a widow's tragic break with her egoistic children when she wants to remarry.

The poems of Jacobsen are more influenced by late romanticism than his prose. Many of them are wistful, dreamy and melancholic but also naturalistic. Most important is the great obscure poem Arabesque to a Hand-drawing by Michel Angelo (about 1875) the idea of which seems to be that art is going to replace immortality as the meaning of life. They significantly inspired the Danish symbolist poetry of the 1890s.

Unlike many of his colleagues Jacobsen did not take much interest in politics, his main interests being science and psychology. He is primarily an artist: his ability to create "paintings" and arabesque-like scenes both in his prose and his poetry (which has sometimes been criticized as "mannered") is one of the secrets of his art. It has been said that his novels are a presentation of various snapshots rather than tales of action.

In spite of his not very extensive oeuvre Jacobsen's international influence has been quite strong. In Germany both his novels and poems were widely read and they are known to have influenced Thomas Mann
Thomas Mann
Thomas Mann was a German novelist, short story writer, social critic, philanthropist, essayist, and 1929 Nobel Prize laureate, known for his series of highly symbolic and ironic epic novels and novellas, noted for their insight into the psychology of the artist and the intellectual...
, as well as the Englishman D. H. Lawrence
D. H. Lawrence
David Herbert Richards Lawrence was an English novelist, poet, playwright, essayist, literary critic and painter who published as D. H. Lawrence. His collected works represent an extended reflection upon the dehumanising effects of modernity and industrialisation...
. Jacobsen's works also greatly inspired Rainer Maria Rilke
Rainer Maria Rilke
René Karl Wilhelm Johann Josef Maria Rilke , better known as Rainer Maria Rilke, was a Bohemian–Austrian poet. He is considered one of the most significant poets in the German language...
's prose: in Rilke's Letters to a Young Poet
Letters to a Young Poet
Letters to a Young Poet is a compilation of letters by Rainer Maria Rilke. It consists of 10 letters written to a young man trying to choose between a literary career and entering the Austro-Hungarian Army.-Background:...
, he claims that he always has two books with him - the Bible
Bible
The Bible refers to any one of the collections of the primary religious texts of Judaism and Christianity. There is no common version of the Bible, as the individual books , their contents and their order vary among denominations...
and the collected works of Jacobsen. Jacobsen also influenced many other authors of the turn of the 20th century, including Henrik Ibsen
Henrik Ibsen
Henrik Ibsen was a major 19th-century Norwegian playwright, theatre director, and poet. He is often referred to as "the father of prose drama" and is one of the founders of Modernism in the theatre...
, Sigmund Freud
Sigmund Freud
Sigmund Freud , born Sigismund Schlomo Freud , was an Austrian neurologist who founded the discipline of psychoanalysis...
, Hermann Hesse
Hermann Hesse
Hermann Hesse was a German-Swiss poet, novelist, and painter. In 1946, he received the Nobel Prize in Literature...
, Stefan Zweig
Stefan Zweig
Stefan Zweig was an Austrian novelist, playwright, journalist and biographer. At the height of his literary career, in the 1920s and 1930s, he was one of the most famous writers in the world.- Biography :...
, and T. E. Lawrence
T. E. Lawrence
Lieutenant Colonel Thomas Edward Lawrence, CB, DSO , known professionally as T. E. Lawrence, was a British Army officer renowned especially for his liaison role during the Arab Revolt against Ottoman Turkish rule of 1916–18...
, who all commented on his work.

He also had a musical influence: Frederick Delius
Frederick Delius
Frederick Theodore Albert Delius, CH was an English composer. Born in the north of England to a prosperous mercantile family of German extraction, he resisted attempts to recruit him to commerce...
's Fennimore and Gerda
Fennimore and Gerda
Fennimore und Gerda is a German-language opera in 11 "pictures," with four interludes, by the English composer Frederick Delius. It is usually performed and recorded in English, as "Fennimore and Gerda," in a translation by Philip Heseltine. The German libretto, by the composer himself, is based on...
and Arnold Schönberg
Arnold Schoenberg
Arnold Schoenberg was an Austrian composer, associated with the expressionist movement in German poetry and art, and leader of the Second Viennese School...
's Gurre-Lieder
Gurre-Lieder
Gurre-Lieder is a massive cantata for five vocal soloists, narrator, chorus and large orchestra, composed by Arnold Schoenberg, on poems by the Danish novelist Jens Peter Jacobsen...
are based upon themes from Jacobsen's books.