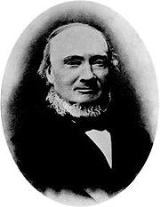 Encyclopedia
Ivar Andreas Aasen was a Norwegian
Norway
Norway , officially the Kingdom of Norway, is a Nordic unitary constitutional monarchy whose territory comprises the western portion of the Scandinavian Peninsula, Jan Mayen, and the Arctic archipelago of Svalbard and Bouvet Island. Norway has a total area of and a population of about 4.9 million...
philologist, lexicographer, playwright
Playwright
A playwright, also called a dramatist, is a person who writes plays.The term is not a variant spelling of "playwrite", but something quite distinct: the word wright is an archaic English term for a craftsman or builder...
and poet
Poet
A poet is a person who writes poetry. A poet's work can be literal, meaning that his work is derived from a specific event, or metaphorical, meaning that his work can take on many meanings and forms. Poets have existed since antiquity, in nearly all languages, and have produced works that vary...
.

Aasen was born at Åsen in Ørsta
Ørsta
is a village and municipality in Møre og Romsdal county, Norway. It is part of the Sunnmøre region of Western Norway. The administrative centre of the municipality is the village of Ørsta...
(then Ørsten), in the district of Sunnmøre
Sunnmøre
Sunnmøre is the southernmost traditional district of the western Norwegian county of Møre og Romsdal. Its main city is Ålesund. The region comprises the municipalities of Giske, Hareid, Herøy, Norddal, Sande, Skodje, Haram, Stordal, Stranda, Sula, Sykkylven, Ulstein, Vanylven, Volda, Ørskog,...
, on the west coast of Norway
Norway
Norway , officially the Kingdom of Norway, is a Nordic unitary constitutional monarchy whose territory comprises the western portion of the Scandinavian Peninsula, Jan Mayen, and the Arctic archipelago of Svalbard and Bouvet Island. Norway has a total area of and a population of about 4.9 million...
. His father, a small peasant-farmer named Ivar Jonsson, died in 1826. He was brought up to farmwork, but he assiduously cultivated all his leisure in reading, and when he was eighteen he opened an elementary school in his native parish. In 1833 he entered the household of H. C. Thoresen, the husband of the eminent writer Magdalene Thoresen
Magdalene Thoresen
Anna Magdalene Thoresen, née Kragh was a Danish/Norwegian poet, novelist short story writer and playwright. She is said to have inspired a number of other writers to model characters after her.-Personal life:...
, in Herøy
Herøy, Møre og Romsdal
Herøy is a municipality in Møre og Romsdal county, Norway. It is part of the Sunnmøre region. The administrative centre is the town of Fosnavåg on the island of Bergsøya. The industrial area of Eggesbønes is located south of Fosnavåg on the same island...
(then Herø), and there he picked up the elements of Latin. Gradually, and by dint of infinite patience and concentration, the young peasant became master of many languages, and began the scientific study of their structure.

About 1841 he had freed himself from all the burden of manual labour, and could occupy his thoughts with the dialect of his native district, Sunnmøre; his first publication was a small collection of folk songs in the Sunnmøre dialect (1843). His remarkable abilities now attracted general attention, and he was helped to continue his studies undisturbed. His Grammar of the Norwegian Dialects (1848) was the result of much labour, and of journeys taken to every part of the country. Aasen's famous Dictionary of the Norwegian Dialects appeared in its original form in 1850, and from this publication dates all the wide cultivation of the popular language in Norwegian, since Aasen really did no less than construct, out of the different materials at his disposal, a popular language or definite folke-maal (people's language) for Norway. With certain modifications, the most important of which were introduced later by Aasen himself, but also through a latter policy
Norwegian language struggle
The Norwegian language struggle is an ongoing controversy within Norwegian culture and politics related to spoken and written Norwegian. From the 16th to the 19th centuries, Danish was the standard written language of Norway due to Danish rule...
aiming to merge this Norwegian language with Dano-Norwegian, this language has become Nynorsk
Nynorsk
Nynorsk or New Norwegian is one of two official written standards for the Norwegian language, the other being Bokmål. The standard language was created by Ivar Aasen during the mid-19th century, to provide a Norwegian alternative to the Danish language which was commonly written in Norway at the...
("New Norwegian"), the second of Norway's two official languages (the other being Bokmål
Bokmål
Bokmål is one of two official Norwegian written standard languages, the other being Nynorsk. Bokmål is used by 85–90% of the population in Norway, and is the standard most commonly taught to foreign students of the Norwegian language....
, the Dano-Norwegian descendant of the Danish language
Danish language
Danish is a North Germanic language spoken by around six million people, principally in the country of Denmark. It is also spoken by 50,000 Germans of Danish ethnicity in the northern parts of Schleswig-Holstein, Germany, where it holds the status of minority language...
used in Norway at Aasen's time). An unofficial variety of Norwegian more close to Aasen's language is still found in Høgnorsk
Høgnorsk
Høgnorsk, meaning "High Norwegian", is a term for varieties of the Norwegian language form Nynorsk that reject most of the official reforms that have been introduced since the creation of Landsmål...
("High Norwegian").

Aasen composed poems and plays in the composite dialect to show how it should be used; one of these dramas, The Heir (1855), was frequently acted, and may be considered as the pioneer of all the abundant dialect-literature of the last half-century of the 1800s, from Vinje
Aasmund Olavsson Vinje
Aasmund Olavsson Vinje was a famous Norwegian poet and journalist who is remembered for poetry, travel writing, and his pioneering use of Landsmål .-Background:...
to Garborg
Arne Garborg
Arne Garborg, born Aadne Eivindsson Garborg was a Norwegian writer.Garborg championed the use of Landsmål , as a literary language; he translated the Odyssey into it...
. Aasen continued to enlarge and improve his grammars and his dictionary. He lived very quietly in lodgings in Oslo
Oslo
Oslo is a municipality, as well as the capital and most populous city in Norway. As a municipality , it was established on 1 January 1838. Founded around 1048 by King Harald III of Norway, the city was largely destroyed by fire in 1624. The city was moved under the reign of Denmark–Norway's King...
(then Christiania), surrounded by his books and shrinking from publicity, but his name grew into wide political favour as his ideas about the language of the peasants became more and more the watch-word of the popular party.

Quite early in his career, in 1842, he had begun to receive a grant to enable him to give his entire attention to his philological investigations; and the Storting (Norwegian parliament
Parliament
A parliament is a legislature, especially in those countries whose system of government is based on the Westminster system modeled after that of the United Kingdom. The name is derived from the French , the action of parler : a parlement is a discussion. The term came to mean a meeting at which...
), conscious of the national importance of his work, treated him in this respect with more and more generosity as he advanced in years. He continued his investigations to the last, but it may be said that, after the 1873 edition of his Dictionary, he added but little to his stores. Aasen holds perhaps an isolated place in literary history as the one man who has invented, or at least selected and constructed, a language which has pleased so many thousands of his countrymen that they have accepted it for their schools, their sermons and their songs. He died in Christiania on September 23, 1896, and was buried with public honours.

Ivar Aasen-tunet, an institution devoted to the Nynorsk language, opened in June 2000. Their web page includes most of Aasens' texts numerous other examples of Nynorsk literature (in Nettbiblioteket), and some articles, also in English, about language history in Norway.