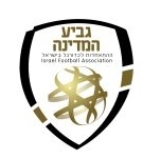 Encyclopedia
The State Cup is a knockout
Single-elimination tournament
A single-elimination tournament, also called a knockout, cup or sudden death tournament, is a type of elimination tournament where the loser of each match or bracket is immediately eliminated from winning the championship or first prize in the event...
cup competition in Israeli football
Football in Israel
Football is the most popular sport in Israel. Football as an organised sport first developed in the United Kingdom who controlled Israel during the days of the British Mandate. Israel will be hosting the UEFA U-21 Championship in 2013....
, run by the Israeli Football Association
Israel Football Association
The Israel Football Association , also known as IFA, is the governing body of football in Israel. It organizes the football leagues, Israeli Premier League, Israeli State Cup, Toto Cup and the Israeli national football team. The association is based in Ramat Gan...
.

The State Cup was first held in 1927–28 as the Palestine Cup. Because it involves clubs of all standards playing against each other, there is the possibility for "minnow
Underdog (competition)
An underdog is a person or group in a competition, frequently in electoral politics, sports and creative works, who is popularly expected to lose. The party, team or individual expected to win is called the favorite or top dog. In the rare case where an underdog wins, the outcome is an upset. These...
s" from the lower divisions to become "giant-killers" by eliminating top clubs from the tournament, although lower division teams rarely reach the final. The holders of the State Cup are the Israeli Premier League side Hapoel Tel Aviv, who beat Maccabi Haifa
Maccabi Haifa F.C.
Maccabi Haifa Football Club is an Israeli football team from the city of Haifa, a section of Maccabi Haifa sports club. The club has won 12 championships, 5 State Cups and 4 Toto Cups...
in the 2011 final on 25 May 2011.

Maccabi Tel Aviv have 22 titles, having the record for most titles won. Hapoel Tel Aviv in 1937–1939 is the only club to have retained the State Cup for three consecutive seasons.

The competition is a knockout tournament which includes all of the Israeli league clubs with pairings for each round drawn at random – there are no seeds, and the draw for each round is not made until after the scheduled dates for the previous round. The draw also determines which teams will play at home.

Each tie is played as a single leg. If a match is drawn, the game is settled with extra time and penalty shootouts
Penalty shootout (football)
A penalty shoot-out, referred to as kicks from the penalty mark in the Laws of the Game, is the FIFA official term for a method used in association football to decide which team progresses to the next stage of a tournament following a tied game...
, though until 1964 replays would be played until one team was victorious. Some ties took as many as three matches to settle.

There are a total of 12 rounds in the competition—nine rounds, followed by quarter-finals, semi-finals, and the final. The competition begins in September. which are contested by the lowest-ranked clubs. Clubs playing in the Liga Alef
Liga Alef
-History:League football began in Israel in 1949–50, a year after independence. However, the financial and security crises gripping the young nation caused the 1950–51 season to be abandoned before it had started. When football resumed in 1951–52, the new top division went by the name of Liga Alef...
are given exemption to the Fifth Round, and Liga Leumit
Liga Leumit
Liga Leumit is the second tier in the Israeli football league system below the Premier League.-Structure:There are 16 clubs in the league. At the end of each season, the lowest-placed team are relegated to Liga Alef while the highest-placed team from Liga Alef are promoted in their place...
teams are given exemption to the Eighth Round. The 16 winners from that round join the 16 clubs from the Israeli Premier League, at which point there are 32 teams remaining in the competition.

The draw for each round, performed by drawing the clubs name from a jar, is a source of great interest to clubs and their supporters, and is broadcast live on the internet. Sometimes two top clubs may be drawn against each other in the early rounds, removing the possibility of them meeting in the final. Lower-ranked clubs with reputations as 'giant-killers' look forward to meeting a top team at home, although in some cases the expense of providing policing for a game can outweigh any financial windfall from larger crowds. Mid-ranked teams hope for a draw against a peer to improve their chances of reaching future rounds. Top-ranked teams look for easy opposition, but have to be on their guard against 'giant-killers' and lower teams with ambition. The balls are being drawn by the officials of the Israel Football Association.

The semifinals and the finals are traditionally held in the national Ramat Gan Stadium in the middle of the week (Tuesday or Wednesday). The semifinals take place on the same day, with the stadium split to four sections for each supporter set, and a single ticket valid for both matches – the fans can enter the stadium whenever they want to, and stay for the second game if they wish. This practice is known in Israel as hatzaga kfula (lit. double show), and was common in Israeli football in the past, but today is present only in the cup semifinals, which makes the event one of the most anticipated in Israeli Football, perhaps not less than the final itself. The match considered more interesting to the public is usually the second, and considered the "peak" of the evening.

For the final, the two winning teams of the semifinal return to Ramat Gan, with the winning team being awarded the State Cup from the president. The president's role is traditional, and entered the Israeli sports lexicon, with meeting the president being an expression equal to saying winning the cup.


Notable events in the State Cup

The Israeli State Cup winners included 19 different clubs, from 11 cities. Most have come from the city of Tel Aviv
Tel Aviv
Tel Aviv , officially Tel Aviv-Yafo , is the second most populous city in Israel, with a population of 404,400 on a land area of . The city is located on the Israeli Mediterranean coastline in west-central Israel. It is the largest and most populous city in the metropolitan area of Gush Dan, with...
.