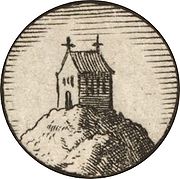 The invisible church or church invisible is a theological
Christian theology
- Divisions of Christian theology :There are many methods of categorizing different approaches to Christian theology. For a historical analysis, see the main article on the History of Christian theology.- Sub-disciplines :...
concept of an "invisible" body of the elect
Doctrine of Election
Doctrine of Election, the doctrine that the salvation of a mandepends on the election of God for that end, of which there are two chiefphases: one is election to be Christ's, or unconditional election or Doctrine of Free Will,...
who are known only to God
God
God is the English name given to a singular being in theistic and deistic religions who is either the sole deity in monotheism, or a single deity in polytheism....
, in contrast to the "visible church"—that is, the institutional body on earth which preaches the gospel
Gospel
A gospel is an account, often written, that describes the life of Jesus of Nazareth. In a more general sense the term "gospel" may refer to the good news message of the New Testament. It is primarily used in reference to the four canonical gospels of Matthew, Mark, Luke, and John...
and administers the sacraments. Every member of the invisible church is saved, while the visible church contains some individuals who are saved
Salvation
Within religion salvation is the phenomenon of being saved from the undesirable condition of bondage or suffering experienced by the psyche or soul that has arisen as a result of unskillful or immoral actions generically referred to as sins. Salvation may also be called "deliverance" or...
and others who are unsaved. (Compare .)

This concept has been attributed to St Augustine of Hippo
Augustine of Hippo
Augustine of Hippo , also known as Augustine, St. Augustine, St. Austin, St. Augoustinos, Blessed Augustine, or St. Augustine the Blessed, was Bishop of Hippo Regius . He was a Latin-speaking philosopher and theologian who lived in the Roman Africa Province...
as part of his refutation of the Donatist sect. He was strongly influenced by the Platonist
Platonism
Platonism is the philosophy of Plato or the name of other philosophical systems considered closely derived from it. In a narrower sense the term might indicate the doctrine of Platonic realism...
belief that true reality is invisible and that, if the visible reflects the invisible, it does so only partially and imperfectly (see Theory of Forms
Theory of Forms
Plato's theory of Forms or theory of Ideas asserts that non-material abstract forms , and not the material world of change known to us through sensation, possess the highest and most fundamental kind of reality. When used in this sense, the word form is often capitalized...
). Others question whether Augustine really held to some form of an "invisible true Church" concept.

The concept was insisted upon during the Protestant reformation
Protestant Reformation
The Protestant Reformation was a 16th-century split within Western Christianity initiated by Martin Luther, John Calvin and other early Protestants. The efforts of the self-described "reformers", who objected to the doctrines, rituals and ecclesiastical structure of the Roman Catholic Church, led...
as a way of distinguishing between the "visible" Roman Catholic Church, which according to the Reformers was corrupt, and those within it who truly believe, as well as true believers within their own denominations. John Calvin
John Calvin
John Calvin was an influential French theologian and pastor during the Protestant Reformation. He was a principal figure in the development of the system of Christian theology later called Calvinism. Originally trained as a humanist lawyer, he broke from the Roman Catholic Church around 1530...
described the church invisible as "that which is actually in God's presence, into which no persons are received but those who are children of God by grace of adoption and true members of Christ by sanctification of the Holy Spirit... [it] includes not only the saints presently living on earth, but all the elect from the beginning of the world." (Institutes 4.1.7)

Pietism
Pietism
Pietism was a movement within Lutheranism, lasting from the late 17th century to the mid-18th century and later. It proved to be very influential throughout Protestantism and Anabaptism, inspiring not only Anglican priest John Wesley to begin the Methodist movement, but also Alexander Mack to...
later took this a step further, with its formulation of ecclesiolae in ecclesia.

Roman Catholic theology, reacting against the Protestant concept of an invisible Church, emphasized the visible aspect of the Church founded by Christ, but in the twentieth century placed more stress on the interior life of the Church as a supernatural organism, identifying the Church, as in the encyclical Mystici Corporis Christi
Mystici Corporis Christi
Mystici Corporis Christi is a papal encyclical issued by Pope Pius XII during World War II, on the Church as the Mystical Body of Christ. It is one of the more important encyclicals of Pope Pius XII, because of its topic, the Church, and because its Church concept was fully included in Lumen...
of Pope Pius XII
Pope Pius XII
The Venerable Pope Pius XII , born Eugenio Maria Giuseppe Giovanni Pacelli , reigned as Pope, head of the Catholic Church and sovereign of Vatican City State, from 2 March 1939 until his death in 1958....
, with the Mystical Body of Christ. In Catholic doctrine, the one true Church is the visible society founded by Christ, namely, the Catholic Church.

This encyclical rejected two extreme views of the Church:

For the Eastern Orthodox Church
Eastern Orthodox Church
The Orthodox Church, officially called the Orthodox Catholic Church and commonly referred to as the Eastern Orthodox Church, is the second largest Christian denomination in the world, with an estimated 300 million adherents mainly in the countries of Belarus, Bulgaria, Cyprus, Georgia, Greece,...
too, making a real distinction between the heaven
Heaven
Heaven, the Heavens or Seven Heavens, is a common religious cosmological or metaphysical term for the physical or transcendent place from which heavenly beings originate, are enthroned or inhabit...
ly and invisible Church, alone true
True
True may refer to:* Truth, the state of being in accord with fact or reality-Music:* True , 1996* True , 2002* True , 1983** "True"...
and absolute
Absolute (philosophy)
The Absolute is the concept of an unconditional reality which transcends limited, conditional, everyday existence. It is sometimes used as an alternate term for "God" or "the Divine", especially, but by no means exclusively, by those who feel that the term "God" lends itself too easily to...
, and the earthly Church, imperfect and relative
Relative
-General use:*Kinship, the principle binding the most basic social units society. If two people are connected by circumstances of birth, they are said to be relatives-Philosophy:...
, is a "Nestorian
Nestorianism
Nestorianism is a Christological doctrine advanced by Nestorius, Patriarch of Constantinople from 428–431. The doctrine, which was informed by Nestorius's studies under Theodore of Mopsuestia at the School of Antioch, emphasizes the disunion between the human and divine natures of Jesus...
ecclesiology
Ecclesiology
Today, ecclesiology usually refers to the theological study of the Christian church. However when the word was coined in the late 1830s, it was defined as the science of the building and decoration of churches and it is still, though rarely, used in this sense.In its theological sense, ecclesiology...
".