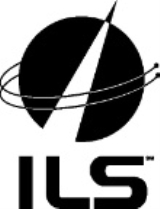 Encyclopedia
International Launch Services (ILS) is a U.S.-Russian joint venture with exclusive rights to the worldwide sale of commercial Proton rocket launch services from the Baikonur Cosmodrome
Baikonur Cosmodrome
The Baikonur Cosmodrome , also called Tyuratam, is the world's first and largest operational space launch facility. It is located in the desert steppe of Kazakhstan, about east of the Aral Sea, north of the Syr Darya river, near Tyuratam railway station, at 90 meters above sea level...
in Kazakhstan
Kazakhstan
Kazakhstan , officially the Republic of Kazakhstan, is a transcontinental country in Central Asia and Eastern Europe. Ranked as the ninth largest country in the world, it is also the world's largest landlocked country; its territory of is greater than Western Europe...
.

ILS was formed in 1995 as a private spaceflight
Private spaceflight
Private spaceflight is flight above Earth altitude conducted by and paid for by an entity other than a government. In the early decades of the Space Age, the government space agencies of the Soviet Union and United States pioneered space technology augmented by collaboration with affiliated design...
partnership between Lockheed Martin
Lockheed Martin
Lockheed Martin is an American global aerospace, defense, security, and advanced technology company with worldwide interests. It was formed by the merger of Lockheed Corporation with Martin Marietta in March 1995. It is headquartered in Bethesda, Maryland, in the Washington Metropolitan Area....
(LM), Khrunichev
Khrunichev
Khrunichev State Research and Production Space Center is a Moscow-based producer of spacecraft and space-launch systems, including the Proton and Rokot rockets. The company's history dates back to 1916, when an automobile factory was established outside Moscow...
and Energia. ILS initially co-marketed non-military launches on both the U.S. Atlas V
Atlas V
Atlas V is an active expendable launch system in the Atlas rocket family. Atlas V was formerly operated by Lockheed Martin, and is now operated by the Lockheed Martin-Boeing joint venture United Launch Alliance...
and the Russian Proton expendable launch vehicles.

With the Atlas V launch of the SES Astra
SES Astra
Astra is the name for the geostationary communication satellites, both individually and as a group, which are owned and operated by SES S.A., a global satellite operator based in Betzdorf, in eastern Luxembourg. The name is sometimes also used to describe the channels broadcasting from these...
1KR
Astra 1KR
Astra 1KR is a geostationary satellite owned by SES Astra. It was launched in April 2006 as a replacement for Astra 1K, which failed to reach orbit on launch in 2002...
satellite on April 20, 2006, ILS had made 100 launches, 97 of which were successful.

In September 2006, Lockheed-Martin announced its intention to sell its ownership interests in Lockheed Khrunichev Energia International, Inc. (LKEI) and ILS International Launch Services, Inc. (ILS) to Space Transport Inc. Space Transport Inc. was formed specifically for this transaction by Mario Lemme, who has been a consultant to ILS since its inception and a Board member for more than three years.

The transaction between Lockheed Martin and Space Transport Inc. completed in October 2006. Lockheed Martin has retained all rights related to marketing the commercial Atlas vehicle and is continuing to offer Atlas launch services to the worldwide commercial market through its subsidiary, Lockheed Martin Commercial Launch Services, Inc. (LMCLS). ILS, no longer affiliated with Lockheed Martin, continued to market the Proton launch vehicles to commercial clients. Terms of the transaction were not disclosed. All Atlas V launches are now managed by United Launch Alliance
United Launch Alliance
United Launch Alliance is a joint venture of Lockheed Martin and Boeing. ULA was formed in December 2006 by combining the teams at these companies which provide spacecraft launch services to the government of the United States. U.S...
, a joint-venture between Lockheed Martin and Boeing
Boeing
The Boeing Company is an American multinational aerospace and defense corporation, founded in 1916 by William E. Boeing in Seattle, Washington. Boeing has expanded over the years, merging with McDonnell Douglas in 1997. Boeing Corporate headquarters has been in Chicago, Illinois since 2001...
(IDS/Defense, Space & Security/Launch Services) formed in December 2006, with all commercial Atlas V launches sub-contracted for ULA by LMCLS.

In October 2006, Krunichev spokesman said that the firm was ready to buy the stake being sold by Lockheed Martin. Russian space agency spokesman said that despite that Lockheed is selling its stake to Space Transport, Khrunichev may eventually end up owning it. He expressed the desire of the Russian side to increase its presence in the joint venture. Space Transport Inc, registered in the British Virgin Islands and headquartered in Moscow, denied that it would be selling the stake.

In May 2008, Khrunichev State Research and Production Space Center, a Russia
Russia
Russia or , officially known as both Russia and the Russian Federation , is a country in northern Eurasia. It is a federal semi-presidential republic, comprising 83 federal subjects...
n company, acquired all of Space Transport's interest and is now the majority shareholder
Shareholder
A shareholder or stockholder is an individual or institution that legally owns one or more shares of stock in a public or private corporation. Shareholders own the stock, but not the corporation itself ....
in ILS. ILS will remain a U.S. company and headquarters are currently in Reston, Virginia, near Washington, D.C. where approximately 60 employees are based.