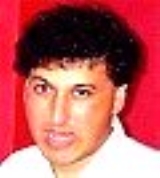 Encyclopedia
Imre Bennett Leader is a British mathematician
Mathematician
A mathematician is a person whose primary area of study is the field of mathematics. Mathematicians are concerned with quantity, structure, space, and change....
and Professor
Professor
A professor is a scholarly teacher; the precise meaning of the term varies by country. Literally, professor derives from Latin as a "person who professes" being usually an expert in arts or sciences; a teacher of high rank...
of Pure Mathematics, specifically combinatorics, at the University of Cambridge
University of Cambridge
The University of Cambridge is a public research university located in Cambridge, United Kingdom. It is the second-oldest university in both the United Kingdom and the English-speaking world , and the seventh-oldest globally...
.

Educated at St Paul's School and Trinity College, Cambridge
Trinity College, Cambridge
Trinity College is a constituent college of the University of Cambridge. Trinity has more members than any other college in Cambridge or Oxford, with around 700 undergraduates, 430 graduates, and over 170 Fellows...
, he was also a member of the United Kingdom
United Kingdom
The United Kingdom of Great Britain and Northern IrelandIn the United Kingdom and Dependencies, other languages have been officially recognised as legitimate autochthonous languages under the European Charter for Regional or Minority Languages...
team in the International Mathematical Olympiad
International Mathematical Olympiad
The International Mathematical Olympiad is an annual six-problem, 42-point mathematical olympiad for pre-collegiate students and is the oldest of the International Science Olympiads. The first IMO was held in Romania in 1959. It has since been held annually, except in 1980...
in 1981, winning a silver medal; he later led the UK team in 1999, 2000 and 2001.

He has been the most consistently successful Othello
Reversi
Reversi is a board game involving abstract strategy and played by two players on a board with 8 rows and 8 columns and a set of distinct pieces for each side. Pieces typically are disks with a light and a dark face, each face belonging to one player...
player in Britain, winning the national championship in 1983, 1986, 1990, 1994, 1999, 2001, 2004, 2005, 2007 and 2010. He was runner-up in the World Othello Championship in 1983, and was part of the UK team that won the World Team Championship in 1988.

His work has concentrated on combinatorial mathematics. He completed his PhD
PHD
PHD may refer to:*Ph.D., a doctorate of philosophy*Ph.D. , a 1980s British group*PHD finger, a protein sequence*PHD Mountain Software, an outdoor clothing and equipment company*PhD Docbook renderer, an XML renderer...
, entitled Discrete Isoperimetric Inequalities and Other Combinatorial Results, in 1989, supervised by Béla Bollobás
Béla Bollobás
Béla Bollobás FRS is a Hungarian-born British mathematician who has worked in various areas of mathematics, including functional analysis, combinatorics, graph theory and percolation. As a student, he took part in the first three International Mathematical Olympiads, winning two gold medals...
. He is currently a fellow of Trinity College, Cambridge.