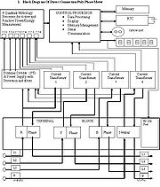 Encyclopedia
Hybrid renewable energy systems (HRES) are becoming popular for remote area power generation applications due to advances in renewable energy
Renewable energy
Renewable energy is energy which comes from natural resources such as sunlight, wind, rain, tides, and geothermal heat, which are renewable . About 16% of global final energy consumption comes from renewables, with 10% coming from traditional biomass, which is mainly used for heating, and 3.4% from...
technologies and subsequent rise in prices of petroleum
Petroleum
Petroleum or crude oil is a naturally occurring, flammable liquid consisting of a complex mixture of hydrocarbons of various molecular weights and other liquid organic compounds, that are found in geologic formations beneath the Earth's surface. Petroleum is recovered mostly through oil drilling...
products. A hybrid energy system usually consists of two or more renewable energy sources used together to provide increased system efficiency as well as greater balance in energy supply.

For example, let us consider a load of 100% power supply and there is no renewable system to fulfil this need, so two or more renewable energy system can be combined. For example, 60% from a biomass
Biomass
Biomass, as a renewable energy source, is biological material from living, or recently living organisms. As an energy source, biomass can either be used directly, or converted into other energy products such as biofuel....
system, 20% from a wind energy
Wind energy
Wind energy is the kinetic energy of air in motion; see also wind power.Total wind energy flowing through an imaginary area A during the time t is:E = ½ m v2 = ½ v 2...
system and the remainder from fuel cell
Fuel cell
A fuel cell is a device that converts the chemical energy from a fuel into electricity through a chemical reaction with oxygen or another oxidizing agent. Hydrogen is the most common fuel, but hydrocarbons such as natural gas and alcohols like methanol are sometimes used...
s. Thus combining all these renewable energy systems may provide 100% of the power and energy requirements for the load, such as a home or business. 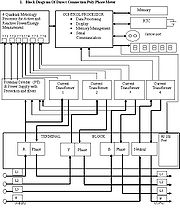 Another example of a hybrid energy system is a photovoltaic array coupled with a wind turbine
Wind turbine
A wind turbine is a device that converts kinetic energy from the wind into mechanical energy. If the mechanical energy is used to produce electricity, the device may be called a wind generator or wind charger. If the mechanical energy is used to drive machinery, such as for grinding grain or...
. This would create more output from the wind turbine during the winter, whereas during the summer, the solar panels
Photovoltaic module
A solar panel is a packaged, connected assembly of solar cells, also known as photovoltaic cells...
would produce their peak output. Hybrid energy systems oftentimes yield greater economic and environmental returns than wind, solar, geothermal
Geothermal power
Geothermal energy is thermal energy generated and stored in the Earth. Thermal energy is the energy that determines the temperature of matter. Earth's geothermal energy originates from the original formation of the planet and from radioactive decay of minerals...
or trigeneration stand-alone systems by themselves.

Most of us already know how a solar/wind/biomass power generating system works, all these generating systems have some or the other drawbacks, like Solar panels are too much costly and the production cost of power by using them is generally higher than the conventional process, it also not available in the night/in cloudy days, similarly Wind turbines can’t operate in high or low wind speeds, and Biomass plant collapses in low temperature.

So if all the three are combined into one hybrid power generating system the drawbacks can be avoided partially/completely, depending on the control units.
As the one or more drawbacks can be overcome by the other, as in northern hemisphere it is generally seen that in windy days the solar power is limited and vice versa and in summer and rainy season the biomass plant can operate in a full flagged so the power generation can be maintained in the above stated condition. The cost of solar panel can be subsided by using glass lenses, mirrors to heat up a fluid, that can rotate the common turbine used by wind and other sources.
Now the question arises what about the winter nights or cloudy winter days with very low wind speeds. Here comes the activity of the Hydrogen. As we know the process of electrolysis can produce hydrogen by breaking water into hydrogen and oxygen, it can be stored; hydrogen is also a good fuel and burns with oxygen to give water. Hydrogen can be used to maintain the temperature of the biomass reservoir in winter so that it can produce biogas in optimum amount for the power generation.
As stated above biogas is a good source in summer; in this period the solar energy available is also at its peak, so if the demand and supply is properly checked and calculated the excess energy can be used in the production of hydrogen and can be stored. In sunny, windy &hot day, the turbine operates with full speed as the supply is maximum, and this excess power can be consumed for the process of manufacturing hydrogen.
In winter, the power consumption is also low so the supply limit is low, and obtained with lesser consumption.

1. Amount of Hydrogen produce by amount of power utilized and reusing the hydrogen for maintaining the temperature. Is it cost efficient?
2. Limited to areas near equatorial regions (23deg N-23deg S), at low altitudes.
3. Infrastructure cost may be high.

To get constant power supply, the output of the renewables may be connected to the rechargeable battery
Rechargeable battery
A rechargeable battery or storage battery is a group of one or more electrochemical cells. They are known as secondary cells because their electrochemical reactions are electrically reversible. Rechargeable batteries come in many different shapes and sizes, ranging anything from a button cell to...
bank and then to the load. If the load is alternating current
Alternating current
In alternating current the movement of electric charge periodically reverses direction. In direct current , the flow of electric charge is only in one direction....
(AC), then an inverter
Inverter (electrical)
An inverter is an electrical device that converts direct current to alternating current ; the converted AC can be at any required voltage and frequency with the use of appropriate transformers, switching, and control circuits....
is used to convert the direct current
Direct current
Direct current is the unidirectional flow of electric charge. Direct current is produced by such sources as batteries, thermocouples, solar cells, and commutator-type electric machines of the dynamo type. Direct current may flow in a conductor such as a wire, but can also flow through...
(DC) supply from the battery to the AC load.
Consideration about voltage transition among modules starting from Wind Generator,Battery Charger Controller and Inverter should be subject to voltage standard which mainly focus about voltage compatibility.

The key to cost reductions of this order is, of course, the right sort of support for innovation and development - something that has been lacking for the past and, arguably, is still only patchy at present. Research and development efforts in solar, wind, and other renewable energy technologies are required to continue for:

Economic aspects of these technologies are sufficiently promising to include them in developing power generation capacity for developing countries.