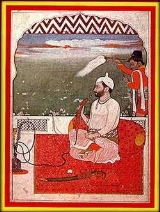 Overview
Himachal Pradesh is a state in Northern India. It is spread over 21495 sq mi (55,671.8 km²), and is bordered by the Indian states of Jammu and Kashmir
Jammu and Kashmir
Jammu and Kashmir is the northernmost state of India. It is situated mostly in the Himalayan mountains. Jammu and Kashmir shares a border with the states of Himachal Pradesh and Punjab to the south and internationally with the People's Republic of China to the north and east and the...
on the north, Punjab
Punjab (India)
Punjab ) is a state in the northwest of the Republic of India, forming part of the larger Punjab region. The state is bordered by the Indian states of Himachal Pradesh to the east, Haryana to the south and southeast and Rajasthan to the southwest as well as the Pakistani province of Punjab to the...
on the west and south-west, Haryana
Haryana
Haryana is a state in India. Historically, it has been a part of the Kuru region in North India. The name Haryana is found mentioned in the 12th century AD by the apabhramsha writer Vibudh Shridhar . It is bordered by Punjab and Himachal Pradesh to the north, and by Rajasthan to the west and south...
and Uttar Pradesh
Uttar Pradesh
Uttar Pradesh abbreviation U.P. , is a state located in the northern part of India. With a population of over 200 million people, it is India's most populous state, as well as the world's most populous sub-national entity...
on the south, Uttarakhand
Uttarakhand
Uttarakhand , formerly Uttaranchal, is a state in the northern part of India. It is often referred to as the Land of Gods due to the many holy Hindu temples and cities found throughout the state, some of which are among Hinduism's most spiritual and auspicious places of pilgrimage and worship...
on the south-east and by the Tibet Autonomous Region
Tibet Autonomous Region
The Tibet Autonomous Region , Tibet or Xizang for short, also called the Xizang Autonomous Region is a province-level autonomous region of the People's Republic of China , created in 1965....
on the east. The literal meaning of Himachal Pradesh is In the lap of Himalayas.

Himachal Pradesh is known to be abundant in natural beauty After the Anglo Gorkha War
Gurkha War
The Gurkha War , sometimes called the Gorkha War or the Anglo–Nepalese War, was fought between the Kingdom of Nepal and the British East India Company as a result of border tensions and ambitious expansionism...
, the British colonial government came into power.In 1950 Himachal was declared as a union territory
Union Territory
A Union Territory is a sub-national administrative division of India, in the federal framework of governance. Unlike the states of India, which have their own elected governments, union territories are ruled directly by the federal government; the President of India appoints an Administrator or...
but after the State of Himachal Pradesh Act 1971, Himachal emerged as the 18th state of the Republic of India.

Who will win in the state in the upcoming election urban n rural?

What is name of biggest village of himachal pradesh
More