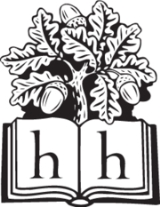 Encyclopedia
Hamish Hamilton Limited was a British
United Kingdom
The United Kingdom of Great Britain and Northern IrelandIn the United Kingdom and Dependencies, other languages have been officially recognised as legitimate autochthonous languages under the European Charter for Regional or Minority Languages...
book publishing house, founded in 1931 eponym
Eponym
An eponym is the name of a person or thing, whether real or fictitious, after which a particular place, tribe, era, discovery, or other item is named or thought to be named...
ously by the half-Scot
Scot
A Scot is a member of an ethnic group indigenous to Scotland, derived from the Latin name of Irish raiders, the Scoti.Scot may also refer to:People with the given name Scot:* Scot Brantley , American football linebacker...
half-American
United States
The United States of America is a federal constitutional republic comprising fifty states and a federal district...
Jamie Hamilton
Jamie Hamilton (publisher)
Jamie Hamilton was a half-American half-Scot rower who competed for Great Britain in the 1928 Summer Olympics. He founded the publishing house Hamish Hamilton Limited....
(Hamish is the vocative form of the Gaelic 'Seamus' [meaning James], James the English
English language
English is a West Germanic language that arose in the Anglo-Saxon kingdoms of England and spread into what was to become south-east Scotland under the influence of the Anglian medieval kingdom of Northumbria...
form – which was also his given name, and Jamie the diminutive
Diminutive
In language structure, a diminutive, or diminutive form , is a formation of a word used to convey a slight degree of the root meaning, smallness of the object or quality named, encapsulation, intimacy, or endearment...
form). Confusingly, Jamie Hamilton was often referred to as Hamish Hamilton. The publishing brand Hamish Hamilton is currently an imprint
Imprint
In the publishing industry, an imprint can mean several different things:* As a piece of bibliographic information about a book, it refers to the name and address of the book's publisher and its date of publication as given at the foot or on the verso of its title page.* It can mean a trade name...
of the Penguin Group
Penguin Group
The Penguin Group is a trade book publisher, the largest in the world , having overtaken Random House in 2009. The Penguin Group is the name of the incorporated division of parent Pearson PLC that oversees these publishing operations...
.

Jamie Hamilton sold the firm to the Thomson Organisation in 1965, who resold it to Penguin Books
Penguin Books
Penguin Books is a publisher founded in 1935 by Sir Allen Lane and V.K. Krishna Menon. Penguin revolutionised publishing in the 1930s through its high quality, inexpensive paperbacks, sold through Woolworths and other high street stores for sixpence. Penguin's success demonstrated that large...
in 1986. Hamish Hamilton’s aim remains to publish innovative literary fiction and non-fiction from around the world. Authors include: Alain de Botton
Alain de Botton
Alain de Botton is a Swiss writer, television presenter, and entrepreneur, resident in the UK.His books and television programs discuss various contemporary subjects and themes in a philosophical style, emphasizing philosophy's relevance to everyday life. In August 2008, he was a founding member...
, Esther Freud
Esther Freud
Esther Freud is a British novelist.-Life and career:Born in London, Freud is the daughter of painter Lucian Freud and Bernadine Coverley and is a great-granddaughter of Sigmund Freud. She travelled extensively with her mother as a child, and returned to London at the age of sixteen to train as an...
, Toby Litt
Toby Litt
Toby Litt is an English writer, born in Bedford in 1968. He studied at Bedford Modern School, read English at Worcester College, Oxford and studied Creative Writing at the University of East Anglia where he was taught by Malcolm Bradbury....
, Redmond O'Hanlon
Redmond O'Hanlon
Redmond O'Hanlon, FRGS, FRSL is a British writer and scholar.-Life:O'Hanlon was born in 1947 in Dorset, England. He was educated at Marlborough College and then Oxford University. After taking his M.Phil. in nineteenth-century English studies in 1971 he was elected senior scholar, and in 1974...
, W. G. Sebald
W. G. Sebald
W. G. Maximilian Sebald was a German writer and academic. At the time of his death at the age of 57, he was being cited by many literary critics as one of the greatest living authors and had been tipped as a possible future winner of the Nobel Prize in Literature...
, Zadie Smith
Zadie Smith
Zadie Smith is a British novelist. To date she has written three novels. In 2003, she was included on Granta's list of 20 best young authors...
, William Sutcliffe
William Sutcliffe
William Sutcliffe is a British novelist.An alumnus of Haberdashers' Aske's School, Sutcliffe started his career with a novel about school life entitled New Boy , which was followed by his best-known work so far, Are You Experienced? , a pre-university gap year novel, in which a group of young...
, Paul Theroux
Paul Theroux
Paul Edward Theroux is an American travel writer and novelist, whose best known work of travel writing is perhaps The Great Railway Bazaar . He has also published numerous works of fiction, some of which were made into feature films. He was awarded the 1981 James Tait Black Memorial Prize for his...
and John Updike
John Updike
John Hoyer Updike was an American novelist, poet, short story writer, art critic, and literary critic....
.