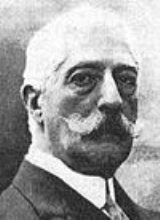 Encyclopedia
Giovanni Carmelo Verga was an Italian
Italy
Italy , officially the Italian Republic languages]] under the European Charter for Regional or Minority Languages. In each of these, Italy's official name is as follows:;;;;;;;;), is a unitary parliamentary republic in South-Central Europe. To the north it borders France, Switzerland, Austria and...
realist
Literary realism
Literary realism most often refers to the trend, beginning with certain works of nineteenth-century French literature and extending to late-nineteenth- and early-twentieth-century authors in various countries, towards depictions of contemporary life and society "as they were." In the spirit of...
(Verismo
Verismo
Verismo was an Italian literary movement which peaked between approximately 1875 and the early 1900s....
) writer, best known for his depictions of life in Sicily
Sicily
Sicily is a region of Italy, and is the largest island in the Mediterranean Sea. Along with the surrounding minor islands, it constitutes an autonomous region of Italy, the Regione Autonoma Siciliana Sicily has a rich and unique culture, especially with regard to the arts, music, literature,...
, and especially for the short story
Short story
A short story is a work of fiction that is usually written in prose, often in narrative format. This format tends to be more pointed than longer works of fiction, such as novellas and novels. Short story definitions based on length differ somewhat, even among professional writers, in part because...
(and later play) "Cavalleria Rusticana" and the novel I Malavoglia
I Malavoglia
I Malavoglia is the best known novel by Giovanni Verga. It was first printed in 1881. An English translation, The house by the medlar-tree by Mary A...
(The House by the Medlar Tree).

The first son of Giovanni Battista Catalano Verga and Caterina Di Mauro, Verga was born into a prosperous family of Catania
Catania
Catania is an Italian city on the east coast of Sicily facing the Ionian Sea, between Messina and Syracuse. It is the capital of the homonymous province, and with 298,957 inhabitants it is the second-largest city in Sicily and the tenth in Italy.Catania is known to have a seismic history and...
in Sicily. He began writing in his teens, producing the largely unpublished historical novel
Historical novel
According to Encyclopædia Britannica, a historical novel is-Development:An early example of historical prose fiction is Luó Guànzhōng's 14th century Romance of the Three Kingdoms, which covers one of the most important periods of Chinese history and left a lasting impact on Chinese culture.The...
Amore e Patria (Love and Country); then, although nominally studying law
Law
Law is a system of rules and guidelines which are enforced through social institutions to govern behavior, wherever possible. It shapes politics, economics and society in numerous ways and serves as a social mediator of relations between people. Contract law regulates everything from buying a bus...
at the University of Catania
University of Catania
The University of Catania is a university located in Catania, Italy, and founded in 1434. It is the oldest university in Sicily, the 13th oldest in Italy and the 29th oldest university in the world...
, he used money his father had given him to publish his I Carbonari della Montagna (The Carbonari of the Mountain) in 1861 and 1862. This was followed by Sulle Lagune (In the Lagoons) in 1863.

Meanwhile, Verga had been serving in the Catania National Guard (1860–64), after which he travelled to Florence
Florence
Florence is the capital city of the Italian region of Tuscany and of the province of Florence. It is the most populous city in Tuscany, with approximately 370,000 inhabitants, expanding to over 1.5 million in the metropolitan area....
several times, settling there in 1869.

He moved to Milan
Milan
Milan is the second-largest city in Italy and the capital city of the region of Lombardy and of the province of Milan. The city proper has a population of about 1.3 million, while its urban area, roughly coinciding with its administrative province and the bordering Province of Monza and Brianza ,...
in 1872, where he developed his new approach, characterized by the use of dialogue
Dialogue
Dialogue is a literary and theatrical form consisting of a written or spoken conversational exchange between two or more people....
to develop character, which resulted in his most significant works. In 1880 his story collection Vita dei Campi (Life in the Fields), (including "Fantasticheria", "La Lupa", and "Pentolacchia") most of which were about rural Sicily, came out. It also included "Cavalleria Rusticana", which he adapted for the theatre
Theatre
Theatre is a collaborative form of fine art that uses live performers to present the experience of a real or imagined event before a live audience in a specific place. The performers may communicate this experience to the audience through combinations of gesture, speech, song, music or dance...
and later formed the basis for several opera libretto
Libretto
A libretto is the text used in an extended musical work such as an opera, operetta, masque, oratorio, cantata, or musical. The term "libretto" is also sometimes used to refer to the text of major liturgical works, such as mass, requiem, and sacred cantata, or even the story line of a...
s including Mascagni's Cavalleria rusticana
Cavalleria rusticana
Cavalleria rusticana is an opera in one act by Pietro Mascagni to an Italian libretto by Giovanni Targioni-Tozzetti and Guido Menasci, adapted from a play written by Giovanni Verga based on his short story. Considered one of the classic verismo operas, it premiered on May 17, 1890 at the Teatro...
and Gastaldon
Stanislao Gastaldon
Martino Stanislao Luigi Gastaldon was an Italian composer, primarily of salon songs for solo voice and piano. However, he also composed instrumental music, two choral works, and four operas. Today, he is remembered almost exclusively for his 1881 song "Musica proibita" , still one of the most...
's Mala Pasqua!
Mala Pasqua!
Mala Pasqua! is an opera in three acts composed by Stanislao Gastaldon to a libretto by Giovanni Domenico Bartocci-Fontana. The libretto is based on Giovanni Verga's play, Cavalleria rusticana which Verga had adapted from his short story of the same name...
. Verga's short story, "Malaria", was one of the first literary depictions of the disease
Malaria
Malaria is a mosquito-borne infectious disease of humans and other animals caused by eukaryotic protists of the genus Plasmodium. The disease results from the multiplication of Plasmodium parasites within red blood cells, causing symptoms that typically include fever and headache, in severe cases...
.

He then embarked on a projected series of five novels, but only completed two, I Malavoglia
I Malavoglia
I Malavoglia is the best known novel by Giovanni Verga. It was first printed in 1881. An English translation, The house by the medlar-tree by Mary A...
and Mastro-don Gesualdo (1889), the second of which was the last major work of his literary career. Both are widely recognized as masterpieces.

In 1894 Verga moved back to the house he was born in. In 1920 he was elected a senator. He died of a cerebral thrombosis
Thrombosis
Thrombosis is the formation of a blood clot inside a blood vessel, obstructing the flow of blood through the circulatory system. When a blood vessel is injured, the body uses platelets and fibrin to form a blood clot to prevent blood loss...
in 1922.

The Teatro Verga
Teatro Verga
Teatro Verga is a theatre located in Via Giuseppe Fava in Catania, Sicily, Italy.and is the headquarters of the Teatro Stabile di Catania.The theatre was built in 1969, after renovating an old cinema. The hall was given the name of Teatro delle Muse, and became the main theater company of the...
in Catania is named after him.

The book Le immagini e le parole dei Malavoglia by Silvia Iannello (Sovera, Roma, 2008), contains passages from Verga's novel I Malavoglia
I Malavoglia
I Malavoglia is the best known novel by Giovanni Verga. It was first printed in 1881. An English translation, The house by the medlar-tree by Mary A...
with commentary and photographs of Aci Trezza
Aci Trezza
Aci Trezza is a town in Sicily, southern Italy, a frazione of the comune of Aci Castello, c. 10 km north of Catania, with a population of around 5,000 people....
and a chapter devoted to Visconti
Luchino Visconti
Luchino Visconti di Modrone, Count of Lonate Pozzolo was an Italian theatre, opera and cinema director, as well as a screenwriter. He is best known for his films The Leopard and Death in Venice .-Life:...
's 1948 film La terra trema
La terra trema
La terra trema is a 1948 Italian dramatic film directed by Luchino Visconti...
which was based on the novel.