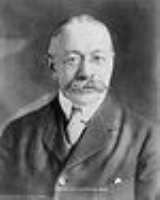 Wickersham was named by Woodrow Wilson
Woodrow Wilson
Thomas Woodrow Wilson was the 28th President of the United States, from 1913 to 1921. A leader of the Progressive Movement, he served as President of Princeton University from 1902 to 1910, and then as the Governor of New Jersey from 1911 to 1913...
to serve on the War Trade Board to Cuba
Cuba
The Republic of Cuba is an island nation in the Caribbean. The nation of Cuba consists of the main island of Cuba, the Isla de la Juventud, and several archipelagos. Havana is the largest city in Cuba and the country's capital. Santiago de Cuba is the second largest city...
soon after the United States
United States
The United States of America is a federal constitutional republic comprising fifty states and a federal district...
entered World War I
World War I
World War I , which was predominantly called the World War or the Great War from its occurrence until 1939, and the First World War or World War I thereafter, was a major war centred in Europe that began on 28 July 1914 and lasted until 11 November 1918...
. In 1929, Herbert Hoover
Herbert Hoover
Herbert Clark Hoover was the 31st President of the United States . Hoover was originally a professional mining engineer and author. As the United States Secretary of Commerce in the 1920s under Presidents Warren Harding and Calvin Coolidge, he promoted partnerships between government and business...
named him to the National Commission on Law Observance and Enforcement, the so- called Wickersham Commission
Wickersham Commission
U.S. President Herbert Hoover established the Wickersham Commission, officially called the National Commission on Law Observance and Enforcement, on May 20th, 1929. Former Attorney General George W...
.

Wickersham died in New York City
New York City
New York is the most populous city in the United States and the center of the New York Metropolitan Area, one of the most populous metropolitan areas in the world. New York exerts a significant impact upon global commerce, finance, media, art, fashion, research, technology, education, and...
in 1936, and was interred in Brookside Cemetery
Brookside Cemetery, Englewood
-History:It was started in May 1876, by a group of Englewood residents who purchased of land for a cemetery. The property sits on the East side of Engle Street adjacent to Tenafly, New Jersey. The cemetery was named for the brook running beside its eastern boundary. A chapel built with the local...
in Englewood, New Jersey
Englewood, New Jersey
Englewood is a city located in Bergen County, New Jersey. As of the 2010 United States Census, the city had a total population of 27,147.Englewood was incorporated as a city by an Act of the New Jersey Legislature on March 17, 1899, from portions of Ridgefield Township and the remaining portions of...
.

Since 1996, the Friends of the Law Library of the Library of Congress have presented an annual award named for Wickersham.