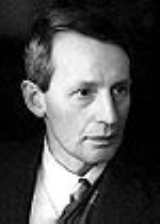 Encyclopedia
Sir George Paget Thomson, FRS
Royal Society
The Royal Society of London for Improving Natural Knowledge, known simply as the Royal Society, is a learned society for science, and is possibly the oldest such society in existence. Founded in November 1660, it was granted a Royal Charter by King Charles II as the "Royal Society of London"...
(3 May 1892 – 10 September 1975) was an English
United Kingdom
The United Kingdom of Great Britain and Northern IrelandIn the United Kingdom and Dependencies, other languages have been officially recognised as legitimate autochthonous languages under the European Charter for Regional or Minority Languages...
physicist
Physicist
A physicist is a scientist who studies or practices physics. Physicists study a wide range of physical phenomena in many branches of physics spanning all length scales: from sub-atomic particles of which all ordinary matter is made to the behavior of the material Universe as a whole...
and Nobel laureate in physics
Nobel Prize in Physics
The Nobel Prize in Physics is awarded once a year by the Royal Swedish Academy of Sciences. It is one of the five Nobel Prizes established by the will of Alfred Nobel in 1895 and awarded since 1901; the others are the Nobel Prize in Chemistry, Nobel Prize in Literature, Nobel Peace Prize, and...
recognised for his discovery with Clinton Davisson
Clinton Davisson
Clinton Joseph Davisson , was an American physicist who won the 1937 Nobel Prize in Physics for his discovery of electron diffraction. Davisson shared the Nobel Prize with George Paget Thomson, who independently discovered electron diffraction at about the same time as Davisson.-Early...
of the wave properties of the electron by electron diffraction
Electron diffraction
Electron diffraction refers to the wave nature of electrons. However, from a technical or practical point of view, it may be regarded as a technique used to study matter by firing electrons at a sample and observing the resulting interference pattern...
.

Thomson was born in Cambridge
Cambridge
The city of Cambridge is a university town and the administrative centre of the county of Cambridgeshire, England. It lies in East Anglia about north of London. Cambridge is at the heart of the high-technology centre known as Silicon Fen – a play on Silicon Valley and the fens surrounding the...
, England
England
England is a country that is part of the United Kingdom. It shares land borders with Scotland to the north and Wales to the west; the Irish Sea is to the north west, the Celtic Sea to the south west, with the North Sea to the east and the English Channel to the south separating it from continental...
, the son of physicist and Nobel laureate J. J. Thomson
J. J. Thomson
Sir Joseph John "J. J." Thomson, OM, FRS was a British physicist and Nobel laureate. He is credited for the discovery of the electron and of isotopes, and the invention of the mass spectrometer...
and Rose Elisabeth Paget, the daughter of the professor of medicine at the University of Cambridge
University of Cambridge
The University of Cambridge is a public research university located in Cambridge, United Kingdom. It is the second-oldest university in both the United Kingdom and the English-speaking world , and the seventh-oldest globally...
. Thomson went to The Perse School, Cambridge before going on to read mathematics
Mathematics
Mathematics is the study of quantity, space, structure, and change. Mathematicians seek out patterns and formulate new conjectures. Mathematicians resolve the truth or falsity of conjectures by mathematical proofs, which are arguments sufficient to convince other mathematicians of their validity...
and physics
Physics
Physics is a natural science that involves the study of matter and its motion through spacetime, along with related concepts such as energy and force. More broadly, it is the general analysis of nature, conducted in order to understand how the universe behaves.Physics is one of the oldest academic...
at Trinity College, Cambridge
Trinity College, Cambridge
Trinity College is a constituent college of the University of Cambridge. Trinity has more members than any other college in Cambridge or Oxford, with around 700 undergraduates, 430 graduates, and over 170 Fellows...
, until the outbreak of World War I
World War I
World War I , which was predominantly called the World War or the Great War from its occurrence until 1939, and the First World War or World War I thereafter, was a major war centred in Europe that began on 28 July 1914 and lasted until 11 November 1918...
in 1914, when he was commissioned into the Queen's Royal West Surrey Regiment. After brief service in France
France
The French Republic , The French Republic , The French Republic , (commonly known as France , is a unitary semi-presidential republic in Western Europe with several overseas territories and islands located on other continents and in the Indian, Pacific, and Atlantic oceans. Metropolitan France...
, he worked on aerodynamics
Aerodynamics
Aerodynamics is a branch of dynamics concerned with studying the motion of air, particularly when it interacts with a moving object. Aerodynamics is a subfield of fluid dynamics and gas dynamics, with much theory shared between them. Aerodynamics is often used synonymously with gas dynamics, with...
at Farnborough
Farnborough Airfield
Farnborough Airport or TAG London Farnborough Airport is an airport situated in Farnborough, Rushmoor, Hampshire, England...
and elsewhere. He resigned his commission as a Captain in 1920.

After briefly serving in the First World War Thomson became a Fellow
Fellow
A fellow in the broadest sense is someone who is an equal or a comrade. The term fellow is also used to describe a person, particularly by those in the upper social classes. It is most often used in an academic context: a fellow is often part of an elite group of learned people who are awarded...
at Cambridge and then moved to the University of Aberdeen
University of Aberdeen
The University of Aberdeen, an ancient university founded in 1495, in Aberdeen, Scotland, is a British university. It is the third oldest university in Scotland, and the fifth oldest in the United Kingdom and wider English-speaking world...
. George Thomson was jointly awarded the Nobel Prize for Physics in 1937 for his work in Aberdeen in discovering the wave-like properties of the electron
Electron
The electron is a subatomic particle with a negative elementary electric charge. It has no known components or substructure; in other words, it is generally thought to be an elementary particle. An electron has a mass that is approximately 1/1836 that of the proton...
. The prize was shared with Clinton Joseph Davisson who had made the same discovery independently. Whereas his father had seen the electron as a particle
Elementary particle
In particle physics, an elementary particle or fundamental particle is a particle not known to have substructure; that is, it is not known to be made up of smaller particles. If an elementary particle truly has no substructure, then it is one of the basic building blocks of the universe from which...
(and won his Nobel Prize in the process), Thomson demonstrated that it could be diffracted like a wave, a discovery proving the principle of wave-particle duality which had first been posited by Louis-Victor de Broglie in the 1920s as what is often dubbed the de Broglie hypothesis.

In 1930 he was appointed Professor at Imperial College in the chair of the late Hugh Longbourne Callendar
Hugh Longbourne Callendar
Hugh Longbourne Callendar FRS was a British physicist. He was born at Hatherop as the eldest son of the Reverend Hugh Callendar, a local Anglican rector...
. In the late 1930s and during the Second World War Thomson specialised in nuclear physics
Nuclear physics
Nuclear physics is the field of physics that studies the building blocks and interactions of atomic nuclei. The most commonly known applications of nuclear physics are nuclear power generation and nuclear weapons technology, but the research has provided application in many fields, including those...
, concentrating on practical military applications. In particular Thomson was the chairman of the crucial MAUD Committee
MAUD Committee
The MAUD Committee was the beginning of the British atomic bomb project, before the United Kingdom joined forces with the United States in the Manhattan Project.-Frisch & Peierls:...
in 1940–1941 that concluded that an atomic bomb was feasible. In later life he continued this work on nuclear energy but also wrote works on aerodynamics
Aerodynamics
Aerodynamics is a branch of dynamics concerned with studying the motion of air, particularly when it interacts with a moving object. Aerodynamics is a subfield of fluid dynamics and gas dynamics, with much theory shared between them. Aerodynamics is often used synonymously with gas dynamics, with...
and the value of science in society.

Thomson was knighted
Knight Bachelor
The rank of Knight Bachelor is a part of the British honours system. It is the most basic rank of a man who has been knighted by the monarch but not as a member of one of the organised Orders of Chivalry...
in 1943.