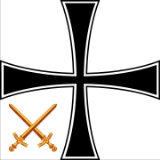 Encyclopedia
General admiral was a Danish, Dutch, German, Russian, Portuguese, Spanish and Swedish naval rank
Military rank
Military rank is a system of hierarchical relationships in armed forces or civil institutions organized along military lines. Usually, uniforms denote the bearer's rank by particular insignia affixed to the uniforms...
. Its historic origin is a title high military or naval dignitaries of early modern Europe sometimes held, for example the (nominal) commander-in-chief
Commander-in-Chief
A commander-in-chief is the commander of a nation's military forces or significant element of those forces. In the latter case, the force element may be defined as those forces within a particular region or those forces which are associated by function. As a practical term it refers to the military...
of the Dutch Republic
Dutch Republic
The Dutch Republic — officially known as the Republic of the Seven United Netherlands , the Republic of the United Netherlands, or the Republic of the Seven United Provinces — was a republic in Europe existing from 1581 to 1795, preceding the Batavian Republic and ultimately...
's navy (usually the Prince of Orange
Prince of Orange
Prince of Orange is a title of nobility, originally associated with the Principality of Orange, in what is now southern France. In French it is la Principauté d'Orange....
). 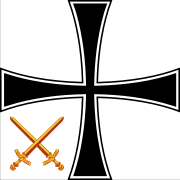 In the German Kriegsmarine
Kriegsmarine
The Kriegsmarine was the name of the German Navy during the Nazi regime . It superseded the Kaiserliche Marine of World War I and the post-war Reichsmarine. The Kriegsmarine was one of three official branches of the Wehrmacht, the unified armed forces of Nazi Germany.The Kriegsmarine grew rapidly...
of the Second World War, generaladmiral was a rank senior to an admiral
Admiral
Admiral is the rank, or part of the name of the ranks, of the highest naval officers. It is usually considered a full admiral and above vice admiral and below admiral of the fleet . It is usually abbreviated to "Adm" or "ADM"...
, but junior to a grand admiral
Grand Admiral
Grand admiral is a historic naval rank, generally being the highest such rank present in any particular country. Its most notable use was in Germany — the German word is Großadmiral.-France:...
. Generaladmiral was a four-star admiral rank, as in the traditional German ranking system until World War II
World War II
World War II, or the Second World War , was a global conflict lasting from 1939 to 1945, involving most of the world's nations—including all of the great powers—eventually forming two opposing military alliances: the Allies and the Axis...
an admiral is equivalent to a British or American vice admiral.

The sleeve insignia for a generaladmiral was the same as that of a regular admiral, being a thick rank stripe below three regular stripes (kolbenringe in German naval parlance). Generaladmirals wore a third pip on their shoulder boards to differentiate them from regular admirals. The German Army and Air Force equivalent of generaladmiral was the rank colonel general
Colonel General
Colonel General is a senior rank of General. North Korea and Russia are two countries which have used the rank extensively throughout their histories...
(generaloberst).

In 1943, a directive was issued that should the Oberbefehlshaber der Kriegsmarine (Commander of the Navy) hold the rank of generaladmiral, he would wear the sleeve insignia of a grand admiral, but the shoulder boards of a generaladmiral.

A similar practice was used in the German Army, allowing colonel generals to wear four pips on the shoulder board when engaged in duties befitting a field marshal
Field Marshal
Field Marshal is a military rank. Traditionally, it is the highest military rank in an army.-Etymology:The origin of the rank of field marshal dates to the early Middle Ages, originally meaning the keeper of the king's horses , from the time of the early Frankish kings.-Usage and hierarchical...
.

The rank of generaladmiral was first given to the future grand admiral
Grand Admiral
Grand admiral is a historic naval rank, generally being the highest such rank present in any particular country. Its most notable use was in Germany — the German word is Großadmiral.-France:...
Erich Raeder
Erich Raeder
Erich Johann Albert Raeder was a naval leader in Germany before and during World War II. Raeder attained the highest possible naval rank—that of Großadmiral — in 1939, becoming the first person to hold that rank since Alfred von Tirpitz...
on 20 April 1936.

Other holders of the rank were:

General-admiral was the highest rank of the Russian Navy as established by the Table of Ranks and equivalent to field marshal
Field Marshal
Field Marshal is a military rank. Traditionally, it is the highest military rank in an army.-Etymology:The origin of the rank of field marshal dates to the early Middle Ages, originally meaning the keeper of the king's horses , from the time of the early Frankish kings.-Usage and hierarchical...
. This was purely honorific rank and for the most time of its existence, it was awarded to the only person in active duty, usually for a head of the naval department, typically a descendant of the Romanov
Romanov
The House of Romanov was the second and last imperial dynasty to rule over Russia, reigning from 1613 until the February Revolution abolished the crown in 1917...
royal family.

Almirante general is a rank in the Spanish Navy
Spanish Navy
The Spanish Navy is the maritime branch of the Spanish Armed Forces, one of the oldest active naval forces in the world. The Armada is responsible for notable achievements in world history such as the discovery of Americas, the first world circumnavigation, and the discovery of a maritime path...
that is above an admiral, but subordinate to a captain general
Captain General
Captain general is a high military rank and a gubernatorial title.-History:This term Captain General started to appear in the 14th century, with the meaning of commander in chief of an army in the field, probably the first usage of the term General in military settings...
.