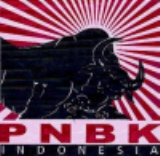 Encyclopedia
The Indonesian National Populist Fortress Party is a political party
Political party
A political party is a political organization that typically seeks to influence government policy, usually by nominating their own candidates and trying to seat them in political office. Parties participate in electoral campaigns, educational outreach or protest actions...
in Indonesia
Indonesia
Indonesia , officially the Republic of Indonesia , is a country in Southeast Asia and Oceania. Indonesia is an archipelago comprising approximately 13,000 islands. It has 33 provinces with over 238 million people, and is the world's fourth most populous country. Indonesia is a republic, with an...
. The founder, Eros Djarot
Eros Djarot
Eros Djarot is an Indonesian songwriter, director and politician. Beginning his music career with the soundtrack of Kawin Lari in 1976, Djarot became famous with the success of Badai Pasti Berlalu and its soundtrack album...
was dissatisfied with the Indonesian Democratic Party – Struggle, which refused to allow him to stand as chairman against Megawati Sukarnoputri
Megawati Sukarnoputri
In this Indonesian name, the name "Sukarnoputri" is a patronymic, not a family name, and the person should be referred to by the given name "Megawati"....
at the party conference in 2000. Eros then formed the Bung Karno National Party, named after Indonesia's first president Sukarno
Sukarno
Sukarno, born Kusno Sosrodihardjo was the first President of Indonesia.Sukarno was the leader of his country's struggle for independence from the Netherlands and was Indonesia's first President from 1945 to 1967...
. However, as the law did not allow the use of national figures in party names, this was changed to the Freedom Bull National Party (with the same initials - PNBK - in Indonesian
Indonesian language
Indonesian is the official language of Indonesia. Indonesian is a normative form of the Riau Islands dialect of Malay, an Austronesian language which has been used as a lingua franca in the Indonesian archipelago for centuries....
).