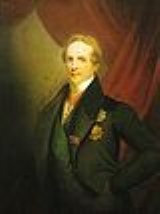 Encyclopedia
Frederick Augustus II ( Dresden
Dresden
Dresden is the capital city of the Free State of Saxony in Germany. It is situated in a valley on the River Elbe, near the Czech border. The Dresden conurbation is part of the Saxon Triangle metropolitan area....
, 18 May 1797 – Brennbüchel, Karrösten
Karrösten
Karrösten is a municipality in the Imst and is located 1.3 km east of Imst. The village was founded because of mining in the 16th century. On the slopes flourishes fruit and maize as well as the most situated sweet chestnut...
, Tyrol
Tyrol (state)
Tyrol is a state or Bundesland, located in the west of Austria. It comprises the Austrian part of the historical region of Tyrol.The state is split into two parts–called North Tyrol and East Tyrol–by a -wide strip of land where the state of Salzburg borders directly on the Italian province of...
, 9 August 1854) was King
Monarch
A monarch is the person who heads a monarchy. This is a form of government in which a state or polity is ruled or controlled by an individual who typically inherits the throne by birth and occasionally rules for life or until abdication...
of Saxony
Kingdom of Saxony
The Kingdom of Saxony , lasting between 1806 and 1918, was an independent member of a number of historical confederacies in Napoleonic through post-Napoleonic Germany. From 1871 it was part of the German Empire. It became a Free state in the era of Weimar Republic in 1918 after the end of World War...
and a member of the House of Wettin.

He was the eldest son of Maximilian, Prince of Saxony
Maximilian, Prince of Saxony
Maximilian of Saxony , was German prince and a member of the House of Wettin.He was the sixth but third and youngest surviving son of Frederick Christian, Elector of...
--younger son of the Elector Frederick Christian of Saxony—by his first wife, Caroline of Bourbon, Princess of Parma
Princess Caroline of Parma
Carolina of Parma was a Princess of Parma by birth, and Princess of Saxony by marriage to Prince Maximilian of Saxony. Carolina was the eldest child of Ferdinand, Duke of Parma and his wife Archduchess Maria Amalia of Austria.-Family:Her full baptismal name was Carolina Maria Teresa Giuseppa...
.


Co-Regent to the Kingdom

The July Revolution
July Revolution
The French Revolution of 1830, also known as the July Revolution or in French, saw the overthrow of King Charles X of France, the French Bourbon monarch, and the ascent of his cousin Louis-Philippe, Duke of Orléans, who himself, after 18 precarious years on the throne, would in turn be overthrown...
of 1830 in France
France
The French Republic , The French Republic , The French Republic , (commonly known as France , is a unitary semi-presidential republic in Western Europe with several overseas territories and islands located on other continents and in the Indian, Pacific, and Atlantic oceans. Metropolitan France...
marked the beginning of disturbances in Saxony that autumn. The people claimed a change in the constitution and demanded a young regent of the kingdom to share the government with the King Anton. On 1 September the Prince Maximilian renounced his rights of succession in favor of his son Frederick Augustus, who was proclaimed Prince Co-Regent (de: Prinz-Mitregenten) of Saxony. On 2 February 1832 Frederick Augustus brought Free Autonomy to the cities. Also, by an edict of 17 March of that year, the farmers were freed from the corvée and hereditary submission.

On 6 June 1836, King Anton died and Frederick Augustus succeeded him. As an intelligent man, he was quickly popular with the people as he had been since the time of his regency. The new king solved political questions only from a pure sense of duty. Mostly he preferred to leave these things on the hands of his ministers.

A standardized jurisdiction for Saxony created the Criminal Code
Criminal Code
A criminal code is a document which compiles all, or a significant amount of, a particular jurisdiction's criminal law...
of 1836. During the Revolutionary disturbances of 1848
Revolutions of 1848 in the German states
The Revolutions of 1848 in the German states, also called the March Revolution – part of the Revolutions of 1848 that broke out in many countries of Europe – were a series of loosely coordinated protests and rebellions in the states of the German Confederation, including the Austrian Empire...
(March Revolution), he appointed liberal ministers in the government, lifted censorship, and remitted a liberal electoral law. Later his attitude changed. On 28 April Frederick August II dissolved the Parliament. In 1849, Frederick Augustus was forced to flee to the Königstein Fortress
Königstein Fortress
Königstein Fortress , the "Saxon Bastille", is a hilltop fortress near Dresden, in Saxon Switzerland, Germany, above the town of Königstein on the left bank of the River Elbe...
. The May Uprising
May Uprising in Dresden
The May Uprising took place in Dresden, Germany in 1849; it was one of the last of the series of events known as the Revolutions of 1848.-Events leading to the May Uprising:...
was crushed by Saxon and Prussian troops
Prussian Army
The Royal Prussian Army was the army of the Kingdom of Prussia. It was vital to the development of Brandenburg-Prussia as a European power.The Prussian Army had its roots in the meager mercenary forces of Brandenburg during the Thirty Years' War...
and Frederick was able to return after only a few days.

During a journey in Tyrol
Tyrol (state)
Tyrol is a state or Bundesland, located in the west of Austria. It comprises the Austrian part of the historical region of Tyrol.The state is split into two parts–called North Tyrol and East Tyrol–by a -wide strip of land where the state of Salzburg borders directly on the Italian province of...
, he had an accident in Brennbüchel in which he fell from in front of a horse that stepped on his head. On 8 August 1854, he died in the Gasthof Neuner. He was buried on the 16 August in the Katholische Hofkirche
Katholische Hofkirche
The Katholische Hofkirche is a Roman Catholic Cathedral, located in the 'Altstadt' in the heart of Dresden, in Germany. Previously the most important Catholic parish church of the city, it was elevated to cathedral of the Roman Catholic Diocese of Dresden-Meissen in 1964.-Overview:The Hofkirche...
of Dresden
Dresden
Dresden is the capital city of the Free State of Saxony in Germany. It is situated in a valley on the River Elbe, near the Czech border. The Dresden conurbation is part of the Saxon Triangle metropolitan area....
. In his memory, the Dowager Queen Maria arranged to establish a King's chapel at the accident place, which was consecrated one year later.

In Vienna
Vienna
Vienna is the capital and largest city of the Republic of Austria and one of the nine states of Austria. Vienna is Austria's primary city, with a population of about 1.723 million , and is by far the largest city in Austria, as well as its cultural, economic, and political centre...
on 26 September 1819 (by proxy) and again in Dresden
Dresden
Dresden is the capital city of the Free State of Saxony in Germany. It is situated in a valley on the River Elbe, near the Czech border. The Dresden conurbation is part of the Saxon Triangle metropolitan area....
on 7 October 1819 (in person), Frederick Augustus married firstly with the Archduchess Maria Caroline of Austria (Maria Karoline Ferdinande Theresia Josephine Demetria), daughter of Emperor Francis I
Francis II, Holy Roman Emperor
Francis II was the last Holy Roman Emperor, ruling from 1792 until 6 August 1806, when he dissolved the Empire after the disastrous defeat of the Third Coalition by Napoleon at the Battle of Austerlitz...
of Austria
Austrian Empire
The Austrian Empire was a modern era successor empire, which was centered on what is today's Austria and which officially lasted from 1804 to 1867. It was followed by the Empire of Austria-Hungary, whose proclamation was a diplomatic move that elevated Hungary's status within the Austrian Empire...
. They had no children.

In Dresden
Dresden
Dresden is the capital city of the Free State of Saxony in Germany. It is situated in a valley on the River Elbe, near the Czech border. The Dresden conurbation is part of the Saxon Triangle metropolitan area....
on 24 April 1833 Frederick Augustus married secondly with the Princess Maria of Bavaria
Maria Anna of Bavaria (1805-1877)
- Biography :Maria Anna was the daughter of Maximilian I Joseph of Bavaria and his second wife Karoline of Baden. She was the identical twin sister of Princess Sophie of Bavaria, mother of Emperor Franz Joseph I of Austria and Emperor Maximilian I of Mexico....
(Maria Anna Leopoldine Elisabeth Wilhelmine), daughter of the King Maximilian I Joseph of Bavaria. Like his first marriage, this was childless.

Without issue, after his death Frederick Augustus was succeeded by his younger brother, Johann.