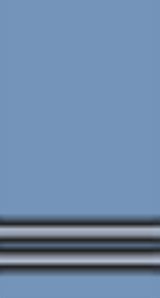 On 1 April 1918, the newly created RAF
Royal Air Force
The Royal Air Force is the aerial warfare service branch of the British Armed Forces. Formed on 1 April 1918, it is the oldest independent air force in the world...
adopted its officer rank titles from the British Army
British Army
The British Army is the land warfare branch of Her Majesty's Armed Forces in the United Kingdom. It came into being with the unification of the Kingdom of England and Scotland into the Kingdom of Great Britain in 1707. The new British Army incorporated Regiments that had already existed in England...
, with Royal Naval Air Service
Royal Naval Air Service
The Royal Naval Air Service or RNAS was the air arm of the Royal Navy until near the end of the First World War, when it merged with the British Army's Royal Flying Corps to form a new service , the Royal Air Force...
lieutenants (entitled flight lieutenants and flight commanders) and Royal Flying Corps
Royal Flying Corps
The Royal Flying Corps was the over-land air arm of the British military during most of the First World War. During the early part of the war, the RFC's responsibilities were centred on support of the British Army, via artillery co-operation and photographic reconnaissance...
captains becoming captains in the RAF. In response to the proposal that the RAF should use its own rank titles, it was suggested that the RAF might use the Royal Navy
Royal Navy
The Royal Navy is the naval warfare service branch of the British Armed Forces. Founded in the 16th century, it is the oldest service branch and is known as the Senior Service...
's officer ranks, with the word "air" inserted before the naval rank title. For example, the current rank of flight lieutenant would have been "air lieutenant". Although the Admiralty
Admiralty
The Admiralty was formerly the authority in the Kingdom of England, and later in the United Kingdom, responsible for the command of the Royal Navy...
objected to this simple modification of their rank titles, it was agreed that the RAF might base many of its officer rank titles on navy officer ranks with differing pre-modifying terms. It was also suggested that RAF captains might be entitled flight-leaders. However, the rank title flight lieutenant was chosen as flights
Flight (military unit)
A flight is a military unit in an air force, naval air service, or army air corps. It usually comprises three to six aircraft, with their aircrews and ground staff; or, in the case of a non-flying ground flight, no aircraft and a roughly equivalent number of support personnel. In most usages,...
were typically commanded by RAF captains and the term flight lieutenant had been used in the Royal Naval Air Service. The rank of flight lieutenant has been used continuously since 1 August 1919.

Although in the early years of the RAF a flight lieutenant commanded an aircraft flight, it is rare that a flight lieutenant is in command of a flying unit in the modern air force. Instead, aircrew flight lieutenants are typically experienced pilots (or weapons system officers) without command of other personnel. However, ground flights which are administrative sub-divisions of squadrons are ordinarily commanded by flight lieutenants and these can range in size from a few specialist non-commissioned personnel to 50 or more personnel for engineering or other manpower intensive roles. In the Air Training Corps
Air Training Corps
The Air Training Corps , commonly known as the Air Cadets, is a cadet organisation based in the United Kingdom. It is a voluntary youth group which is part of the Air Cadet Organisation and the Royal Air Force . It is supported by the Ministry of Defence, with a regular RAF Officer, currently Air...
, a flight lieutenant is usually the officer commanding of a squadron
Squadron (aviation)
A squadron in air force, army aviation or naval aviation is mainly a unit comprising a number of military aircraft, usually of the same type, typically with 12 to 24 aircraft, sometimes divided into three or four flights, depending on aircraft type and air force...
. Retired flight lieutenants are the first rank that may continue to use their rank after they have left active service.

The rank insignia
Insignia
Insignia or insigne pl -nia or -nias : a symbol or token of personal power, status or office, or of an official body of government or jurisdiction...
consists of two narrow blue bands on slightly wider black bands. This is worn on both the lower sleeves of the tunic or on the shoulders of the flight suit
Flight suit
A flight suit is a full body garment, worn while flying aircraft such as military airplanes, gliders and helicopters. These suits are generally made to keep the wearer warm, as well as being practical , and durable . Its appearance is usually similar to a jumpsuit. A military flight suit may also...
or the casual uniform. The rank insignia on the mess uniform is similar to the naval pattern, being two band of gold running around each cuff but without the Royal Navy's loop. Unlike senior RAF officers, flight lieutenants are not entitled to fly a command flag under any circumstances.

Up until the late 1970s, the Royal Malaysian Air Force used the rank. Thereafter the rank of captain was used instead.