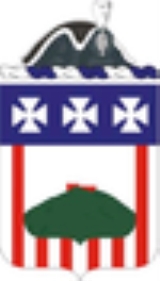 After the conclusion of the American Revolution in 1783, Congress ordered the Continental Army
Continental Army
The Continental Army was formed after the outbreak of the American Revolutionary War by the colonies that became the United States of America. Established by a resolution of the Continental Congress on June 14, 1775, it was created to coordinate the military efforts of the Thirteen Colonies in...
to disband, and General George Washington
George Washington
George Washington was the dominant military and political leader of the new United States of America from 1775 to 1799. He led the American victory over Great Britain in the American Revolutionary War as commander-in-chief of the Continental Army from 1775 to 1783, and presided over the writing of...
resigned his commission as commander-in-chief. The disband order was never carried out, and on 2 June 1784, Congress reissued the order, under the principle that "standing armies in time of peace are inconsistent with the principles of republican government, dangerous to the liberties of a free people, and generally coverted into destructive engines for establishing despotism."


Resolved, That the Secretary at War take order for forming the said troops when assembled, into one regiment, to consist of eight companies of infantry, and two of artillery, arming and equipping them in a soldier-like manner: and that he be authorised to direct their destination and operations, subject to the order of Congress, and of the Committee of the states in the recess of Congress.

Thomas Mifflin
Thomas Mifflin
Thomas Mifflin was an American merchant and politician from Philadelphia, Pennsylvania. He was a major general in the Continental Army during the American Revolution, a member of the Pennsylvania Provincial Assembly, a Continental Congressman from Pennsylvania, President of the Continental...
, the president of Congress, named his former aide, Josiah Harmar
Josiah Harmar
Josiah Harmar was an officer in the United States Army during the American Revolution and the Northwest Indian War. He was the senior officer in the Army for seven years....
, to be the commander of the new regiment, with the rank of Lieutenant Colonel
Lieutenant colonel
Lieutenant colonel is a rank of commissioned officer in the armies and most marine forces and some air forces of the world, typically ranking above a major and below a colonel. The rank of lieutenant colonel is often shortened to simply "colonel" in conversation and in unofficial correspondence...
. The new regiment was used primarily to man frontier outposts and guard against Native American attacks. An Artillery Company of the New Regiment was Captain John Doughty's Company of the 2d Continental Artillery Regiment which had been attached to the 1st American Regiment (1783-1784)
1st American Regiment (1783-1784)
1st American Regiment, also known as Jackson's Continental Regiment of 1783-1784, was the last unit in the Continental Army, retained after the close of the American Revolutionary War...

In 1786, Secretary of War Henry Knox
Henry Knox
Henry Knox was a military officer of the Continental Army and later the United States Army, and also served as the first United States Secretary of War....
ordered Col. Harmar to the outpost village of Vincennes
Vincennes, Indiana
Vincennes is a city in and the county seat of Knox County, Indiana, United States. It is located on the Wabash River in the southwestern part of the state. The population was 18,701 at the 2000 census...
to drive away the Kentucky militia, who fled at the approach of the First American Regiment. Col. Harmar left 100 regulars under the command of Major Jean François Hamtramck
Jean François Hamtramck
Jean-François Hamtramck was a French-Canadian from Quebec who joined the Continental Army and became a decorated officer in the American Revolutionary War....
to build a new fort and conduct operations deep within Indian Territory
Indiana Territory
The Territory of Indiana was an organized incorporated territory of the United States that existed from July 4, 1800, until November 7, 1816, when the southern portion of the territory was admitted to the Union as the state of Indiana....
.

The following year, 1791, the regiment was redesignated as the 1st Infantry. It comprised the main force of regulars under General Arthur St. Clair
Arthur St. Clair
Arthur St. Clair was an American soldier and politician. Born in Scotland, he served in the British Army during the French and Indian War before settling in Pennsylvania, where he held local office...
in the campaign to destroy Kekionga
Kekionga
Kekionga, also known as Kiskakon or Pacan's Village, was the capital of the Miami tribe at the confluence of the Saint Joseph, Saint Marys and Maumee rivers on the western edge of the Great Black Swamp...
, a large Miami
Miami tribe
The Miami are a Native American nation originally found in what is now Indiana, southwest Michigan, and western Ohio. The Miami Tribe of Oklahoma is the only federally recognized tribe of Miami Indians in the United States...
village central to the Native American forces in the Northwest Indian War
Northwest Indian War
The Northwest Indian War , also known as Little Turtle's War and by various other names, was a war fought between the United States and a confederation of numerous American Indian tribes for control of the Northwest Territory...
. While on campaign, the 1st Infantry under Major Hamtramck was sent to find an overdue supply train. The supplies were never found, but as the Infantry marched to rejoin the main force on 4 November 1791, gunfire was heard. Native Americans under Miami Chief Little Turtle had attacked in what came to be known as St. Clair's Defeat
St. Clair's Defeat
St. Clair's Defeat also known as the Battle of the Wabash, the Battle of Wabash River or the Battle of a Thousand Slain, was fought on November 4, 1791 in the Northwest Territory between the United States and the Western Confederacy of American Indians, as part of the Northwest Indian War...
, the worst loss to American Indians by the United States Army in history. Survivors broke through Little Turtle's lines and warned Major Hamtramck, who fell back to Fort Jefferson instead of covering the retreat.

The next year, 1792, the First American Regiment was again renamed, and became the Infantry of the 1st Sub-Legion, commanded by Hamtramck. This new Legion of the United States
Legion of the United States
The Legion of the United States was a reorganization and extension of the United States Army from 1792 to 1796 under the command of Major General Anthony Wayne.-Origins:The impetus for the Legion came from General Arthur St...
, under General Anthony Wayne
Anthony Wayne
Anthony Wayne was a United States Army general and statesman. Wayne adopted a military career at the outset of the American Revolutionary War, where his military exploits and fiery personality quickly earned him a promotion to the rank of brigadier general and the sobriquet of Mad Anthony.-Early...
, trained extensively before marching North to meet the Native American Confederacy that had defeated St. Clair. The Legion was victorious at the Battle of Fallen Timbers
Battle of Fallen Timbers
The Battle of Fallen Timbers was the final battle of the Northwest Indian War, a struggle between American Indian tribes affiliated with the Western Confederacy and the United States for control of the Northwest Territory...
in 1794. The trading post at Kekionga was rebuilt and named Fort Wayne
Forts of Fort Wayne, Indiana
Fort Wayne in modern Fort Wayne, Indiana, was established by Captain Jean François Hamtramck under orders from General "Mad" Anthony Wayne as part of the campaign against the Indians of the area. It was named after General Wayne, who was victorious at the Battle of Fallen Timbers. Wayne may have...
, and was garrisoned by the First Sub-Legion under Major Hamtramck. William Henry Harrison
William Henry Harrison
William Henry Harrison was the ninth President of the United States , an American military officer and politician, and the first president to die in office. He was 68 years, 23 days old when elected, the oldest president elected until Ronald Reagan in 1980, and last President to be born before the...
, later to become President of the United States, was a junior officer in the 1st Sub-Legion.

In October 1796, the 1st Sub-Legion was again renamed the 1st Infantry.

In October 1815, the 1st Infantry was consolidated with the 5th, 17th, 19th, and the 28th Infantry to form the 3d United States Infantry Regiment (The Old Guard). The 3rd Infantry, with their roots in the First American Regiment, is recognized as the oldest regular regiment in the United States Army.