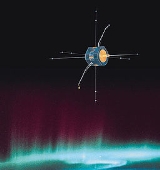 Encyclopedia
A Firefighter Assist and Search Team (FAST), also known as a Rapid Intervention Team/Crew (RIT/RIC), is a team of two or more firefighter
Firefighter
Firefighters are rescuers extensively trained primarily to put out hazardous fires that threaten civilian populations and property, to rescue people from car incidents, collapsed and burning buildings and other such situations...
s dedicated solely to search and rescue of other firefighters in distress. FAST shall have no other operational assignment during an incident. Multiple alarm fires may require multiple FAST/RIC teams.

Through the late 1960s and early 1970s the London Fire Brigade
London Fire Brigade
The London Fire Brigade is the statutory fire and rescue service for London.Founded in 1865, it is the largest of the fire services in the United Kingdom and the fourth-largest in the world with nearly 7,000 staff, including 5,800 operational firefighters based in 112 fire...
introduced RIT procedures using EATL (Emergency Air Transfer Lines) and EASE (Emergency Air Supply Equipment). This consisted of designated firefighter search and rescue teams (termed "emergency crews") stationed at self-contained breathing apparatus (SCBA) control entry points, equipped with emergency SCBA specifically designed to be worn by unconscious, injured or trapped firefighters.

The FAST concept is not universal, with many fire protection agencies training all personnel in rescue duties. Rescue teams are then designated based on apparatus order in the dispatch to a call in which standard operating procedures (SOPs) require that rescue teams be held at entry points. This is the basic concept of the "two-in, two-out
Two-in, two-out
In firefighting, the policy of two-in, two-out mandates that firefighters never go into a dangerous situation in a fire or rescue incident alone...
" rule.

Note: While all of these versions of the name for a firefighter rescue crew either have been used or continue to be used in several areas, the National Incident Management System (NIMS) has determined that Rapid Intervention Crew, "RIC" will be the standard term. Currently, U.S. federally required training programs, from DHS and FEMA, are in the process of standardizing many terms and procedures under NIMS.