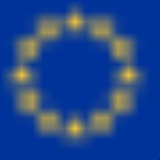 All legislation and documents of political importance are published in all 23 official EU languages: Bulgarian
Bulgarian language
Bulgarian is an Indo-European language, a member of the Slavic linguistic group.Bulgarian, along with the closely related Macedonian language, demonstrates several linguistic characteristics that set it apart from all other Slavic languages such as the elimination of case declension, the...
, Czech
Czech language
Czech is a West Slavic language with about 12 million native speakers; it is the majority language in the Czech Republic and spoken by Czechs worldwide. The language was known as Bohemian in English until the late 19th century...
, Danish
Danish language
Danish is a North Germanic language spoken by around six million people, principally in the country of Denmark. It is also spoken by 50,000 Germans of Danish ethnicity in the northern parts of Schleswig-Holstein, Germany, where it holds the status of minority language...
, Dutch
Dutch language
Dutch is a West Germanic language and the native language of the majority of the population of the Netherlands, Belgium, and Suriname, the three member states of the Dutch Language Union. Most speakers live in the European Union, where it is a first language for about 23 million and a second...
, English
English language
English is a West Germanic language that arose in the Anglo-Saxon kingdoms of England and spread into what was to become south-east Scotland under the influence of the Anglian medieval kingdom of Northumbria...
, Estonian
Estonian language
Estonian is the official language of Estonia, spoken by about 1.1 million people in Estonia and tens of thousands in various émigré communities...
, Finnish
Finnish language
Finnish is the language spoken by the majority of the population in Finland Primarily for use by restaurant menus and by ethnic Finns outside Finland. It is one of the two official languages of Finland and an official minority language in Sweden. In Sweden, both standard Finnish and Meänkieli, a...
, French
French language
French is a Romance language spoken as a first language in France, the Romandy region in Switzerland, Wallonia and Brussels in Belgium, Monaco, the regions of Quebec and Acadia in Canada, and by various communities elsewhere. Second-language speakers of French are distributed throughout many parts...
, German
German language
German is a West Germanic language, related to and classified alongside English and Dutch. With an estimated 90 – 98 million native speakers, German is one of the world's major languages and is the most widely-spoken first language in the European Union....
, Greek
Greek language
Greek is an independent branch of the Indo-European family of languages. Native to the southern Balkans, it has the longest documented history of any Indo-European language, spanning 34 centuries of written records. Its writing system has been the Greek alphabet for the majority of its history;...
, Hungarian
Hungarian language
Hungarian is a Uralic language, part of the Ugric group. With some 14 million speakers, it is one of the most widely spoken non-Indo-European languages in Europe....
, Irish
Irish language
Irish , also known as Irish Gaelic, is a Goidelic language of the Indo-European language family, originating in Ireland and historically spoken by the Irish people. Irish is now spoken as a first language by a minority of Irish people, as well as being a second language of a larger proportion of...
, Italian
Italian language
Italian is a Romance language spoken mainly in Europe: Italy, Switzerland, San Marino, Vatican City, by minorities in Malta, Monaco, Croatia, Slovenia, France, Libya, Eritrea, and Somalia, and by immigrant communities in the Americas and Australia...
, Latvian
Latvian language
Latvian is the official state language of Latvia. It is also sometimes referred to as Lettish. There are about 1.4 million native Latvian speakers in Latvia and about 150,000 abroad. The Latvian language has a relatively large number of non-native speakers, atypical for a small language...
, Lithuanian
Lithuanian language
Lithuanian is the official state language of Lithuania and is recognized as one of the official languages of the European Union. There are about 2.96 million native Lithuanian speakers in Lithuania and about 170,000 abroad. Lithuanian is a Baltic language, closely related to Latvian, although they...
, Maltese
Maltese language
Maltese is the national language of Malta, and a co-official language of the country alongside English,while also serving as an official language of the European Union, the only Semitic language so distinguished. Maltese is descended from Siculo-Arabic...
, Polish
Polish language
Polish is a language of the Lechitic subgroup of West Slavic languages, used throughout Poland and by Polish minorities in other countries...
, Portuguese
Portuguese language
Portuguese is a Romance language that arose in the medieval Kingdom of Galicia, nowadays Galicia and Northern Portugal. The southern part of the Kingdom of Galicia became independent as the County of Portugal in 1095...
, Romanian
Romanian language
Romanian Romanian Romanian (or Daco-Romanian; obsolete spellings Rumanian, Roumanian; self-designation: română, limba română ("the Romanian language") or românește (lit. "in Romanian") is a Romance language spoken by around 24 to 28 million people, primarily in Romania and Moldova...
, Slovak
Slovak language
Slovak , is an Indo-European language that belongs to the West Slavic languages .Slovak is the official language of Slovakia, where it is spoken by 5 million people...
, Slovene, Spanish
Spanish language
Spanish , also known as Castilian , is a Romance language in the Ibero-Romance group that evolved from several languages and dialects in central-northern Iberia around the 9th century and gradually spread with the expansion of the Kingdom of Castile into central and southern Iberia during the...
and Swedish
Swedish language
Swedish is a North Germanic language, spoken by approximately 10 million people, predominantly in Sweden and parts of Finland, especially along its coast and on the Åland islands. It is largely mutually intelligible with Norwegian and Danish...
. Documents which are not legally binding are usually published in English, French and German.

In January 2007, EU commissioner Franco Frattini criticised the web service for not translating an article about the 50th anniversary of the Treaty of Rome
Treaty of Rome
The Treaty of Rome, officially the Treaty establishing the European Economic Community, was an international agreement that led to the founding of the European Economic Community on 1 January 1958. It was signed on 25 March 1957 by Belgium, France, Italy, Luxembourg, the Netherlands and West Germany...
in Italian, his own language.

Europa hosts Health-EU
Health-EU portal
Health-EU Portal is an official web portal of the Health and Consumers Directorate-General that facilities the access of public-related health information to European Union citizens....
, a thematic portal on health in 22 official languages of the EU, which contains information from the EU member countries, non-government organisations and international bodies.