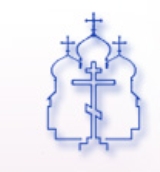 The current primate of the church is Cornelius (Yacobs), Metropolitan
Metropolitan bishop
In Christian churches with episcopal polity, the rank of metropolitan bishop, or simply metropolitan, pertains to the diocesan bishop or archbishop of a metropolis; that is, the chief city of a historical Roman province, ecclesiastical province, or regional capital.Before the establishment of...
of Tallinn
Tallinn
Tallinn is the capital and largest city of Estonia. It occupies an area of with a population of 414,940. It is situated on the northern coast of the country, on the banks of the Gulf of Finland, south of Helsinki, east of Stockholm and west of Saint Petersburg. Tallinn's Old Town is in the list...
and All Estonia, elected in 2000.

Under Estonian law, the "Estonian Apostolic Orthodox Church" (Eesti Apostlik-Õigeusu Kirik) is the legal successor to the pre-World War II Estonian Orthodox Church, which in 1940 had had over 210,000 faithful, three bishops, 156 parishes, 131 priests, 19 deacons, two monasteries, and a theological seminary, the majority of the faithful were ethnic Estonians. Its primate is confirmed by the Orthodox Church of Constantinople. The head of this church is Metropolitan Stephanos (Charalambides). This church numbers about 20,000 faithful in 60 congregations today.

In the 18th and 19th centuries, Estonia was a part of the Imperial Russian Empire, having been conquered by the emperor Peter the Great. A significant number of Estonian peasants were converted to the Orthodox faith in the (unfulfilled) hope of obtaining land, and numerous Orthodox churches were built. In 1850 the Diocese of Riga (in Latvia) was established by the Russian Orthodox Church
Russian Orthodox Church
The Russian Orthodox Church or, alternatively, the Moscow Patriarchate The ROC is often said to be the largest of the Eastern Orthodox churches in the world; including all the autocephalous churches under its umbrella, its adherents number over 150 million worldwide—about half of the 300 million...
and many Estonian Orthodox believers were included. In the late 19th century, a wave of Russification
Russification
Russification is an adoption of the Russian language or some other Russian attributes by non-Russian communities...
was introduced, supported by the Russian hierarchy but not by the local Estonian clergy. The Cathedral of St. Alexander Nevsky in Tallinn and the Pühtitsa Convent
Puhtitsa Convent
Pühtitsa Convent is a convent located in Eastern Estonia between Lake Peipus and the Gulf of Finland.-History:...
(Pukhtitsa) in Kuremäe
Kuremäe
-See also:*Pühtitsa Convent...
in East Estonia were also built around this time.

In 1917 the first Estonian, Platon
Platon (bishop)
Platon, born Paul Kulbusch was an Estonian bishop and the first Orthodox saint of Estonian ethnicity.-History:...
(Paul Kulbusch), was ordained Bishop of Riga and Vicar of Tallinn.

At the suggestion of the Patriarchate of Constantinople, Estonia was divided into three dioceses, Tallinn, Narva and Pechery. Evsevy (Drozdov) became the head of Narva cathedra. John (Bulin), a graduate of St. Petersburg Theological Academy, became Bishop of Pechery in 1926. He headed the diocese until 1932 and left it because of the disagreements on the properties of the Pskov-Pechery Monastery. Bishop John spent several years in Yugoslavia and came back to Estonia in the late 1930s. He actively backed the return of the Estonian Orthodox Church to the jurisdiction of the Moscow Patriarchate. On 18 October 1940, Bishop John was arrested by the NKVD in Pechery, accused of anti-Soviet agitation and propaganda, and was executed on 30 July 1941 in Leningrad.

Before 1941, one fifth of the total Estonian population (who had been mostly Lutheran since the Reformation
Protestant Reformation
The Protestant Reformation was a 16th-century split within Western Christianity initiated by Martin Luther, John Calvin and other early Protestants. The efforts of the self-described "reformers", who objected to the doctrines, rituals and ecclesiastical structure of the Roman Catholic Church, led...
in the early 16th century when the country was controlled by the Teutonic Order) were Orthodox Christians under the Patriarchy of Constantinople. There were 158 parishes in Estonia and 183 clerics in the Estonian church. There was also a Chair of Orthodoxy in the Faculty of Theology at the University of Tartu. There was a Pskovo-Pechorsky Monastery
Pskovo-Pechorsky Monastery
Pskov-Caves Monastery or The Pskovo-Pechersky Dormition Monastery or Pskovo-Pechersky Monastery is a Russian Orthodox male monastery, located in Pechory, Pskov Oblast in Russia, just a few kilometers from the Estonian border....
in Petseri
Pechory
Pechory : Petseri; ) is a town and the administrative center of Pechorsky District of Pskov Oblast, Russia. Population: The population includes a few hundred ethnic Estonians.The town is famous for the Russian Orthodox Pskovo-Pechersky Monastery....
, two convents—in Narva and Kuremäe, a priory in Tallinn and a seminary
Seminary
A seminary, theological college, or divinity school is an institution of secondary or post-secondary education for educating students in theology, generally to prepare them for ordination as clergy or for other ministry...
in Petseri. The ancient monastery in Petseri was preserved from the mass church destruction that occurred in Soviet Russia.

In 1940, Estonia was occupied by the Soviet Union, whose government undertook a general programme of the dissolution of all ecclesiastical independence within its territory. From 1942 to 1944, however, autonomy under Constantinople was temporarily revived. In 1945, a representative of the Moscow Patriarchate dismissed the members of the OCE synod who had remained in Estonia and established a new organisation, the Diocesan Council. Orthodox believers in occupied Estonia were thus subordinated to being a diocese within the Russian Orthodox Church.

Soon after Nazi Germany attacked the Soviet Union, Metropolitan Alexander declared his break-up with Moscow and reunion with the Patriarchate of Constantinople. Bishop Paul of Narva remained loyal to the Moscow Patriarchate. During their occupation, the Germans didn't hamper Metropolitan Alexander to lead the life of his parishes and Bishop Paul to be in charge of the Russian diocese in Narva and many other parishes loyal to Russian Orthodox Church.

Not long before the Soviet Army took Tallinn, Metropolitan Alexander left Estonia, the Synod of Estonian Apostolic Orthodox Church addressed Alexy (Simansky), Metropolitan of Leningrad and Novgorod, with a petition to resume the jurisdiction of the Moscow Patriarchate.

Just before the second Soviet occupation in 1944 and the dissolution of the Estonian synod, the primate
Primate (religion)
Primate is a title or rank bestowed on some bishops in certain Christian churches. Depending on the particular tradition, it can denote either jurisdictional authority or ceremonial precedence ....
of the church, Metropolitan Aleksander, went into exile along with 21 clergymen and about 8,000 Orthodox believers. The Orthodox Church of Estonia in Exile with its synod in Sweden continued its activity according to the canonical statutes, until the restoration of Estonian independence in 1991. Before he died in 1953, Metr. Aleksander established his community as an exarchate under Constantinople. Most of the other bishops and clergy who remained behind were exiled to Siberia. In 1958, a new synod was established in exile, and the church was organized from Sweden.

Following the breakup of the Soviet Union, divisions within the Orthodox community in Estonia arose between those who wished to remain under Russian authority and those who wished to return to the jurisdiction of the Ecumenical Patriarchate, with the dispute often taking place along ethnic lines, many Russians having immigrated to Estonia during the Soviet occupation. Lengthy negotiations between the two patriarchates failed to produce any agreement.

An agreement was reached in which local congregations could choose which jurisdiction to follow. The Orthodox community in Estonia, which accounts for about 14% of the total population, remains divided, with the majority of faithful (mostly ethnic Russians) remaining under Moscow. As of a government report of November 2003, about 20,000 believers (mostly ethnic Estonians) in 60 parishes are part of the autonomous church, with 150,000 faithful in 31 parishes, along with the monastic community of Pühtitsa, paying traditional allegiance to Moscow.

In 2000, On 6 November 2000 Archbishop Cornelius became Metropolitan of Tallinn and All Estonia.