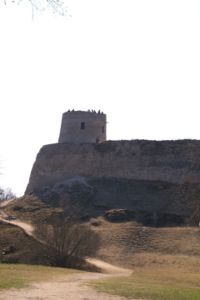 Pechory is a town and the administrative center of Pechorsky District
Pechorsky District
Pechorsky District is an administrative and municipal district , one of the 24 in Pskov Oblast, Russia....
of Pskov Oblast
Pskov Oblast
Pskov Oblast is a federal subject of Russia . Pskov Oblast borders the countries of Estonia and Latvia, as well as Belarus. It is the westernmost federal subject of contiguous Russia . Its major cities are the administrative center Pskov and Velikiye Luki . Area: 55,300 km²...
, Russia
Russia
Russia or , officially known as both Russia and the Russian Federation , is a country in northern Eurasia. It is a federal semi-presidential republic, comprising 83 federal subjects...
. Population: The population includes a few hundred ethnic Estonians
Estonians
Estonians are a Finnic people closely related to the Finns and inhabiting, primarily, the country of Estonia. They speak a Finnic language known as Estonian...
.

The town is famous for the Russian
Russians
The Russian people are an East Slavic ethnic group native to Russia, speaking the Russian language and primarily living in Russia and neighboring countries....
Orthodox
Eastern Orthodox Church
The Orthodox Church, officially called the Orthodox Catholic Church and commonly referred to as the Eastern Orthodox Church, is the second largest Christian denomination in the world, with an estimated 300 million adherents mainly in the countries of Belarus, Bulgaria, Cyprus, Georgia, Greece,...
Pskovo-Pechersky Monastery.

It was founded as a posad
Posad
A posad was a settlement, often surrounded by ramparts and a moat, adjoining a town or a kremlin, but outside of it, or adjoining a monastery in the 10th to 15th centuries. Usually it was inhabited by craftsmen and merchants, known as posadskiye lyudi .In the Russian Empire a posad was a small...
near Pskovo-Pechersky Monastery in the 16th century and soon developed into an important trading post. During the reign of Ivan the Terrible, Pechory was an important border stronghold. It was besieged numerous times by Russia's enemies: Stefan Batory
Stefan Batory
Stephen Báthory was a Hungarian noble Prince of Transylvania , then King of Poland and Grand Duke of Lithuania . He was a member of the Somlyó branch of the noble Hungarian Báthory family...
's forces sacked the settlement during the Siege of Pskov
Siege of Pskov
The Siege of Pskov, known as the Pskov Defense in Russia took place between August of 1581 and February of 1582, when the army of the Polish king and Grand Duke of Lithuania Stefan Batory laid an unsuccessful siege and successful blockade of the city of Pskov during the final stage of the Livonian...
(1581); the Swedes or the Polish stormed Pechory in 1592, 1611, 1615, 1630, and from 1655 to 1657.

After the Great Northern War
Great Northern War
The Great Northern War was a conflict in which a coalition led by the Tsardom of Russia successfully contested the supremacy of the Swedish Empire in northern Central Europe and Eastern Europe. The initial leaders of the anti-Swedish alliance were Peter I the Great of Russia, Frederick IV of...
ended, Russians rebuilt the fortifications and Boris Sheremetev began his campaign of 1701 in Pechory. In the 20th century, the settlement, which had been in oblivion for centuries, regained its status as a town (1918). From February to December 1918, Pechory was occupied by the Germans
Germany
Germany , officially the Federal Republic of Germany , is a federal parliamentary republic in Europe. The country consists of 16 states while the capital and largest city is Berlin. Germany covers an area of 357,021 km2 and has a largely temperate seasonal climate...
. During the Estonian War of Independence, the town was occupied by the Estonian army on March 29, 1919. Under the terms of the Tartu Peace Treaty
Treaty of Tartu (Russian–Estonian)
Tartu Peace Treaty or Treaty of Tartu was a peace treaty between Estonia and Russian SFSR signed on February 2, 1920 ending the Estonian War of Independence. The terms of the treaty stated that "Russia unreservedly recognises" the independence of Republic of Estonia de jure and renounced in...
, Pechory and the territory around it, called Setomaa
Setomaa
Setomaa is a region south of Lake Peipus and inhabited by the Seto speaking Setos. Seto language belongs to south Estonian dialect of Estonian language. The historic range of Setomaa is located on territories of present day Estonia and Russia...
, were given to Estonia
Estonia
Estonia , officially the Republic of Estonia , is a state in the Baltic region of Northern Europe. It is bordered to the north by the Gulf of Finland, to the west by the Baltic Sea, to the south by Latvia , and to the east by Lake Peipsi and the Russian Federation . Across the Baltic Sea lies...
.

During the inter-war years, Petseri, as it was called at that time, was the centre of Petserimaa (Petseri County
Petseri County
Petseri County was a county of Estonia established in 1920. Since 1944, however, most of the county had been administered as Pechorsky District of Pskov Oblast, first by the Russian SFSR and then, from 1991, by Russia.-History:...
), one of the eleven counties that made up the Republic of Estonia. St. Peter's Lutheran Church was built in 1926. During World War II
World War II
World War II, or the Second World War , was a global conflict lasting from 1939 to 1945, involving most of the world's nations—including all of the great powers—eventually forming two opposing military alliances: the Allies and the Axis...
the town was occupied by the German Army from August 1941 until August 11, 1944.

In 1944, after Estonia was occupied by the Soviet Union, Pechory and most of Petseri county were transferred to Pskov Oblast of the RSFSR. The territory has remained under Russian control ever since. In 1956, Pechory Secondary School No. 2 was opened for Estonian-speaking pupils.

After Estonian independence in 1991, the town, and the territory around it, were claimed for Estonia because of the Tartu Peace Treaty, in which the Soviet Union had relinquished further claims on Estonian territory. In November 1995, a report said that Estonia had dropped this claim. A newer Estonian-Russian Border Treaty went into effect on May 18, 2005, reflecting the later border changes.

Estonian Painter Alfred Hirv
Alfred Hirv
Alfred Hirv was an Estonian painter, known especially for his still lifes. For a time he studied with Julius von Klever in Saint Petersburg; further studies took him to Rome and Munich, where he studied at the school of Anton Ažbe. His paintings are reminiscent of the style of the Dutch Golden Age...
was a native of Pechory/Petseri, as were writer Lilli Promet
Lilli Promet
Lilli Promet was an Estonian writer. During the Soviet occupation of Estonia in the 1960s, she was a member of the Communist Party.-Early life:...
and footballer Jaanus Sirel
Jaanus Sirel
Jaanus Sirel is a former Estonian professional footballer. He was playing the position of defender and midfielder....
.
The source of this article is wikipedia, the free encyclopedia.  The text of this article is licensed under the GFDL.