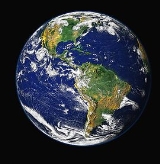 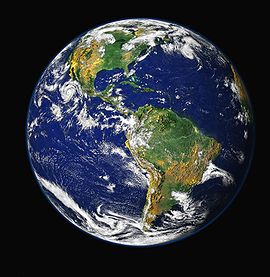 The biophysical environment is the combined modeling of the physical
Physics
Physics is a natural science that involves the study of matter and its motion through spacetime, along with related concepts such as energy and force. More broadly, it is the general analysis of nature, conducted in order to understand how the universe behaves.Physics is one of the oldest academic...
environment and the biological life
Life
Life is a characteristic that distinguishes objects that have signaling and self-sustaining processes from those that do not, either because such functions have ceased , or else because they lack such functions and are classified as inanimate...
forms within the environment, and includes all variable
Variable
Variable may refer to:* Variable , a logical set of attributes* Variable , a symbol that represents a quantity in an algebraic expression....
s, parameter
Parameter
Parameter from Ancient Greek παρά also “para” meaning “beside, subsidiary” and μέτρον also “metron” meaning “measure”, can be interpreted in mathematics, logic, linguistics, environmental science and other disciplines....
s as well as condition
Condition
-Logic:* Logical conditional* Necessary and sufficient condition, condition of another means that the former statement is true if and only if the latter is true-Computer programming:* Conditions, a generalization of exceptions in exception-handling...
s and mode
Mode
Mode may mean:* Transport mode, a means of transportation* Block cipher modes of operation, in cryptography* A technocomplex of stone tools...
s inside the Earth
Earth
Earth is the third planet from the Sun, and the densest and fifth-largest of the eight planets in the Solar System. It is also the largest of the Solar System's four terrestrial planets...
's biosphere
Biosphere
The biosphere is the global sum of all ecosystems. It can also be called the zone of life on Earth, a closed and self-regulating system...
. The biophysical environment can be divided into two categories: the natural environment
Natural environment
The natural environment encompasses all living and non-living things occurring naturally on Earth or some region thereof. It is an environment that encompasses the interaction of all living species....
and the built environment
Built environment
The term built environment refers to the human-made surroundings that provide the setting for human activity, ranging in scale from personal shelter and buildings to neighborhoods and cities that can often include their supporting infrastructure, such as water supply or energy networks.The built...
, with some overlap between the two. Following the industrial revolution
Industrial Revolution
The Industrial Revolution was a period from the 18th to the 19th century where major changes in agriculture, manufacturing, mining, transportation, and technology had a profound effect on the social, economic and cultural conditions of the times...
, the built environment has become an increasingly significant part of the Earth's environment. The biophysical environment is the context describing the ambiance of any entity therein. As this described entity itself is part of the biophysical environment, the description is partially recursive
Recursion
Recursion is the process of repeating items in a self-similar way. For instance, when the surfaces of two mirrors are exactly parallel with each other the nested images that occur are a form of infinite recursion. The term has a variety of meanings specific to a variety of disciplines ranging from...
.

The scope of the biophysical environment is all that contained in the biosphere
Biosphere
The biosphere is the global sum of all ecosystems. It can also be called the zone of life on Earth, a closed and self-regulating system...
, which is that part of the Earth
Earth
Earth is the third planet from the Sun, and the densest and fifth-largest of the eight planets in the Solar System. It is also the largest of the Solar System's four terrestrial planets...
in which all life occurs. A biophysical environment is the complex of biotic, climatic, and edaphic factors that act upon an organism and determine its form and survival, and morphs itself in the process. Ecosystems, of which there are numerous types and are a defined part of the biosphere, collectively make up the whole of the biosphere. Within an ecosystem there are habitat
Habitat
* Habitat , a place where a species lives and grows*Human habitat, a place where humans live, work or play** Space habitat, a space station intended as a permanent settlement...
s in which an organism
Organism
In biology, an organism is any contiguous living system . In at least some form, all organisms are capable of response to stimuli, reproduction, growth and development, and maintenance of homoeostasis as a stable whole.An organism may either be unicellular or, as in the case of humans, comprise...
(including human beings) exists. At its most natural state, an environment would lack any effects of human activity, although the scale of this activity is such that all areas of the Earth have had at least some influence by humans. At the other end of the scale is the built environment and in some cases it has the biotic component
Biotic component
Biotic components are the living things that shape an ecosystem. A biotic factor is any living component that affects another organism, including animals that consume the organism in question, and the living food that the organism consumes. Each biotic factor needs energy to do work and food for...
that is virtually absent.

The biophysical environment can vary in scale from microscopic
Microscopic
The microscopic scale is the scale of size or length used to describe objects smaller than those that can easily be seen by the naked eye and which require a lens or microscope to see them clearly.-History:...
to global in extent. They can also be subdivided according to their attributes. Some examples may be the marine environment, the atmospheric environment and the terrestrial environment.

Environmentalism
Environmentalism
Environmentalism is a broad philosophy, ideology and social movement regarding concerns for environmental conservation and improvement of the health of the environment, particularly as the measure for this health seeks to incorporate the concerns of non-human elements...
is a broad social and philosophical movement that, in a large part, seeks to minimise or eliminate the effect of human activity on the biophysical environment. The issues of concern for environmentalists usually relate to the natural environment with the more important ones being climate change
Climate change
Climate change is a significant and lasting change in the statistical distribution of weather patterns over periods ranging from decades to millions of years. It may be a change in average weather conditions or the distribution of events around that average...
, species
Species
In biology, a species is one of the basic units of biological classification and a taxonomic rank. A species is often defined as a group of organisms capable of interbreeding and producing fertile offspring. While in many cases this definition is adequate, more precise or differing measures are...
extinction
Extinction
In biology and ecology, extinction is the end of an organism or of a group of organisms , normally a species. The moment of extinction is generally considered to be the death of the last individual of the species, although the capacity to breed and recover may have been lost before this point...
, pollution
Pollution
Pollution is the introduction of contaminants into a natural environment that causes instability, disorder, harm or discomfort to the ecosystem i.e. physical systems or living organisms. Pollution can take the form of chemical substances or energy, such as noise, heat or light...
and old growth forest
Old growth forest
An old-growth forest is a forest that has attained great age , and thereby exhibits unique ecological features. An old growth forest has also usually reached a climax community...
loss.