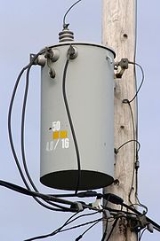 If a load is connected to the secondary, current will flow in the secondary winding and electrical energy will be transferred from the primary circuit through the transformer to the load.

How do i calculate for my taping on my transformer

How do the voltage of the input and output windings relate to the number of the windings of the transformer when operating at no load condition?
More
x