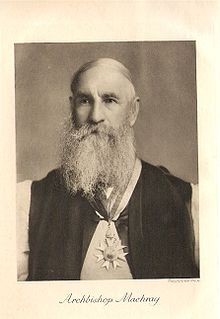 Sir Emery Walker was an English
England
England is a country that is part of the United Kingdom. It shares land borders with Scotland to the north and Wales to the west; the Irish Sea is to the north west, the Celtic Sea to the south west, with the North Sea to the east and the English Channel to the south separating it from continental...
engraver and printer
Printer (publisher)
In publishing, printers are both companies providing printing services and individuals who directly operate printing presses. With the invention of the moveable type printing press by Johannes Gutenberg around 1450, printing—and printers—proliferated throughout Europe.Today, printers are found...
.

Born in London
London
London is the capital city of :England and the :United Kingdom, the largest metropolitan area in the United Kingdom, and the largest urban zone in the European Union by most measures. Located on the River Thames, London has been a major settlement for two millennia, its history going back to its...
, Walker took an active role in many organisations that were at the heart of the Arts and Crafts movement
Arts and Crafts movement
Arts and Crafts was an international design philosophy that originated in England and flourished between 1860 and 1910 , continuing its influence until the 1930s...
, including the Art Workers Guild
Art Workers Guild
The Art Workers Guild or Art-Workers' Guild is an organisation established in 1884 by a group of British architects associated with the ideas of William Morris and the Arts and Crafts movement. The guild promoted the 'unity of all the arts', denying the distinction between fine and applied art...
, the Society for the Protection of Ancient Buildings
Society for the Protection of Ancient Buildings
The Society for the Protection of Ancient Buildings was founded by William Morris, Philip Webb and J.J.Stevenson, and other notable members of the Pre Raphaelite brotherhood, in 1877, to oppose what they saw as the insensitive renovation of ancient buildings then occurring in Victorian...
and the Arts and Crafts Exhibition Society
Arts and Crafts Exhibition Society
The Arts and Crafts Exhibition Society was formed in London in 1887 to promote the exhibition of decorative arts alongside fine arts. Its exhibitions, held annually at the New Gallery from 1888–90, and roughly every three years thereafter, were important in the flowering of the British Arts and...
.

In the late 1870s Walker frequented William Morris
William Morris
William Morris 24 March 18343 October 1896 was an English textile designer, artist, writer, and socialist associated with the Pre-Raphaelite Brotherhood and the English Arts and Crafts Movement...
, with whom he shared both Socialist
Socialism
Socialism is an economic system characterized by social ownership of the means of production and cooperative management of the economy; or a political philosophy advocating such a system. "Social ownership" may refer to any one of, or a combination of, the following: cooperative enterprises,...
beliefs and a keen interest in printing. Walker's collection of 16th-century typefaces inspired Morris to create the Kelmscott Press.
After Morris' death, Walker set up his own printing enterprise, the Doves Press
Doves Press
Doves Press was a private press based in Hammersmith, London. It was founded by T. J. Cobden Sanderson before 1900 when he asked Sir Emery Walker to join him . Cobden Sanderson commissioned the press's type, which was drawn under Walker's supervision, and set up the Doves Bindery to bind the books...
, with bookbinder T. J. Cobden Sanderson
T. J. Cobden Sanderson
Thomas James Cobden-Sanderson was an English artist and bookbinder associated with the Arts and Crafts movement.He was born in Alnwick, Northumberland, as Thomas James Sanderson...
which in turn inspired the private presses of the 20th century.