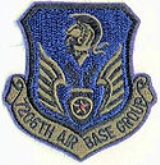 Encyclopedia
Ellinikon International Airport , sometimes spelled Hellinikon (Greek: Ελληνικόν) was the international airport
International airport
An international airport is any airport that can accommodate flights from other countries and are typically equipped with customs and immigration facilities to handle these flights to and from other countries...
of Athens
Athens
Athens , is the capital and largest city of Greece. Athens dominates the Attica region and is one of the world's oldest cities, as its recorded history spans around 3,400 years. Classical Athens was a powerful city-state...
, Greece
Greece
Greece , officially the Hellenic Republic , and historically Hellas or the Republic of Greece in English, is a country in southeastern Europe....
for sixty years up until 2001 when it was replaced by the new Athens International Airport. It is located 7 kilometres (4.3 mi) south of Athens, and just west of Glyfada
Glyfada
Glyfada is a suburb of Athens, situated in the southern parts of the Athens Metropolitan Area. The area, which is home to many of Greece's millionaires, ministers and celebrities, stretches out from the foot of the Hymettus mountain and reaches out to embrace the Saronic Gulf. It is the largest of...
. It was named after the village of Elliniko (Elleniko), now a suburb of Athens.

The airport had two terminals; the west terminal for Olympic Airways and the east terminal for international flights. Its IATA code of ATH is now used at Eleftherios Venizelos airport. It is bounded by residential houses, beaches in the west and in the south by the wooded trees of the Glyfada Golf Club along with the Ellinikon
Ellinikon
Ellinikon is a suburb of Athens, Greece. Since the 2011 local government reform it is part of the municipality Elliniko-Argyroupoli, of which it is a municipal unit....
-Glyfada
Glyfada
Glyfada is a suburb of Athens, situated in the southern parts of the Athens Metropolitan Area. The area, which is home to many of Greece's millionaires, ministers and celebrities, stretches out from the foot of the Hymettus mountain and reaches out to embrace the Saronic Gulf. It is the largest of...
municipal boundary.

After its closure to passenger traffic, the northwest portion of the airport was redeveloped, with runways being converted into a sports park
Helliniko Olympic Complex
The Helliniko Olympic Complex is situated at Ellinikon on the east coast of Greece south of Athens, approximately 16 kilometres from the Olympic Village. It was built on the site of the former Ellinikon International Airport for the staging of the 2004 Summer Olympics and 2004 Summer Paralympics...
that housed the venues for canoe/kayak slalom, field hockey, baseball, and softball during the 2004 Summer Olympics
2004 Summer Olympics
The 2004 Summer Olympic Games, officially known as the Games of the XXVIII Olympiad, was a premier international multi-sport event held in Athens, Greece from August 13 to August 29, 2004 with the motto Welcome Home. 10,625 athletes competed, some 600 more than expected, accompanied by 5,501 team...
. Other Olympic-related upgrades to the airport included refitting one of the airport's western hangars to become the main Olympic fencing venues and one of the larger Olympic indoor basketball arenas. Although these massive upgrades changed the northern and western portions of Ellinikon, part of the runway still exists and there is a chance that it will remain in use as a general aviation airport (with a significantly reduced runway). The Athens radar centre is also still based there.
There are three aeroplanes for Olympic Airways in west terminal.

In 2005, the international team led by architects David Serero
David Serero (architect)
- Biography :He was born in 1974 in Grenoble. He graduated with a Master in Architecture and Urban planning from Columbia University and with an Architecture Degree from Ecole d’architecture Paris-Villemin. He lives and works in Paris and in New York....
, Elena Fernandez and landscape architect Philippe Coignet won the international competition to design a metropolitan park on the former site of the Hellenikon Airport, over more than 300 teams of architects.

Serero’s team developed a strategy to landscape and urbanize the 530 hectares of the Hellenikon site by using natural running water patterns on the site as a concept to design the largest sustainable park in Europe. The water used by the park is effectively originating up to 80% of water collected naturally on the site. The project is structured by seven North-South green valleys that are called “Softscapes”
Softscape
Softscape refers to the elements of a landscape that comprise live, horticultural elements. Softscaping can include, flowers, plants, shrubs, trees, flower beds, etc. This is a term that has been popularized in recent pop culture on television shows such as Home & Garden Television...
. The “Softscapes” are irrigated corridors that channel and collect rainwater of the site and from the water catchment
Drainage basin
A drainage basin is an extent or an area of land where surface water from rain and melting snow or ice converges to a single point, usually the exit of the basin, where the waters join another waterbody, such as a river, lake, reservoir, estuary, wetland, sea, or ocean...
basin of the surrounding hills. These strips integrate a playful work on artificial topography that both guides the water and create terraces and slopes for the park activities and programs.Today, the main terminal is used for exhibitions and concerts.
On April 2011 was born the new Olympic Airways Museum in the old terminal west of O.A.

The airport was built in 1938, and after the Nazi invasion of Greece in 1941, Kalamaki Airfield was used as a Luftwaffe
Luftwaffe
Luftwaffe is a generic German term for an air force. It is also the official name for two of the four historic German air forces, the Wehrmacht air arm founded in 1935 and disbanded in 1946; and the current Bundeswehr air arm founded in 1956....
air base during the occupation. Following the end of World War II, the Greek government allowed the United States
United States
The United States of America is a federal constitutional republic comprising fifty states and a federal district...
to use the airport from 1945 until 1993. Known as Hassani Airport in 1945, it was used by the United States Army Air Forces
United States Army Air Forces
The United States Army Air Forces was the military aviation arm of the United States of America during and immediately after World War II, and the direct predecessor of the United States Air Force....
as early as 1 October 1945, as a base of operations for Air Transport Command
Air Transport Command
Air Transport Command is an inactive United States Air Force unit. Its mission was to meet the urgent demand for the speedy reinforcement of the United States' military bases worldwide during World War II, using an air supply system to supplement surface transport...
flights between Rome
Rome
Rome is the capital of Italy and the country's largest and most populated city and comune, with over 2.7 million residents in . The city is located in the central-western portion of the Italian Peninsula, on the Tiber River within the Lazio region of Italy.Rome's history spans two and a half...
, Italy
Italy
Italy , officially the Italian Republic languages]] under the European Charter for Regional or Minority Languages. In each of these, Italy's official name is as follows:;;;;;;;;), is a unitary parliamentary republic in South-Central Europe. To the north it borders France, Switzerland, Austria and...
and points in the Middle East
Middle East
The Middle East is a region that encompasses Western Asia and Northern Africa. It is often used as a synonym for Near East, in opposition to Far East...
. In 1963, the Finnish
Finland
Finland , officially the Republic of Finland, is a Nordic country situated in the Fennoscandian region of Northern Europe. It is bordered by Sweden in the west, Norway in the north and Russia in the east, while Estonia lies to its south across the Gulf of Finland.Around 5.4 million people reside...
star architect Eero Saarinen
Eero Saarinen
Eero Saarinen was a Finnish American architect and industrial designer of the 20th century famous for varying his style according to the demands of the project: simple, sweeping, arching structural curves or machine-like rationalism.-Biography:Eero Saarinen shared the same birthday as his father,...
designed the East Terminal building.

With the end of the Cold War
Cold War
The Cold War was the continuing state from roughly 1946 to 1991 of political conflict, military tension, proxy wars, and economic competition between the Communist World—primarily the Soviet Union and its satellite states and allies—and the powers of the Western world, primarily the United States...
, it was agreed to end the USAF presence at the airport and the United States closed its facilities in 1993.

Prior to closing its passenger service, the airport was serving 12 million passengers per year. The last departure from this airport was an Olympic Airways flight to Thessaloníki.

The airport was also the destination point of two attacked aircraft:

The 1986
1986 in film
-Events:*April 12 - Actor Morgan Mason marries The Go-Go's Belinda Carlisle.*April 26 - Actor Arnold Schwarzenegger marries television journalist Maria Shriver.*May - Actress Heather Locklear marries Mötley Crüe drummer Tommy Lee....
Menahem Golan
Menahem Golan
Menahem Golan is an Israeli director and producer. He has produced movies for such stars as Sean Connery, Sylvester Stallone, Chuck Norris, Jean-Claude Van Damme, and Charles Bronson, and was known for a period as a producer of comic book-style movies like Masters of the Universe, Superman IV:...
movie, The Delta Force
The Delta Force (film)
The Delta Force is a 1986 American action film starring Chuck Norris and Lee Marvin as leaders of an elite squad of Special Forces troops based on the real life U.S. Army Delta Force unit. It was directed by Menahem Golan and featured Martin Balsam, Joey Bishop, Robert Vaughn, Steve James, Robert...
, used the exterior of the airport in the Athens International Airport scene which one of the Lebanese terrorists exits a taxi.