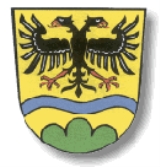 The district was established in 1936. Minor changes of the borders occurred in 1972 and led to the present form of the district.

The Danube
Danube
The Danube is a river in the Central Europe and the Europe's second longest river after the Volga. It is classified as an international waterway....
river runs through the district from west to east, dividing it into two unequal regions. North of the Danube the Bavarian Forest
Bavarian Forest
thumb|The village of Zell in the Bavarian ForestThe Bavarian Forest is a wooded low-mountain region in Bavaria, Germany. It extends along the Czech border and is continued on the Czech side by the Šumava . Geographically the Bavarian Forest and Bohemian Forest are sections of the same mountain range...
rises steeply. In the south there is relatively plain countryside. The Isar
Isar
The Isar is a river in Tyrol, Austria and Bavaria, Germany. Its source is in the Karwendel range of the Alps in Tyrol; it enters Germany near Mittenwald, and flows through Bad Tölz, Munich, and Landshut before reaching the Danube near Deggendorf. At 295 km in length, it is the fourth largest river...
river enters the district in the south and meets the Danube close to the city of Deggendorf
Deggendorf
Deggendorf is a town in Bavaria, capital of the district Deggendorf.The earliest traces of settlement in the area are found near the Danube, about 8,000 years ago. Both Bronze Age and Celtic era archeological finds indicate continuous habitation through the years...
.