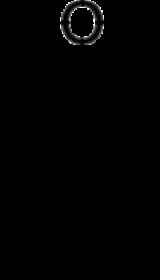 Industrially, cyclohexenone is prepared from phenol
Phenol
Phenol, also known as carbolic acid, phenic acid, is an organic compound with the chemical formula C6H5OH. It is a white crystalline solid. The molecule consists of a phenyl , bonded to a hydroxyl group. It is produced on a large scale as a precursor to many materials and useful compounds...
by Birch reduction
Birch reduction
The Birch Reduction is an organic reaction which is particularly useful in synthetic organic chemistry. The reaction was reported in 1944 by the Australian chemist Arthur Birch working in the Dyson Perrins Laboratory in the University of Oxford, building on earlier work by Wooster and Godfrey in...
.

Common reactions involving cyclohexenone include nucleophilic conjugate addition
Nucleophilic conjugate addition
Nucleophilic conjugate addition is a type of organic reaction. Ordinary nucleophilic additions or 1,2-nucleophilic additions deal mostly with additions to carbonyl compounds. Simple alkene compounds do not show 1,2 reactivity due to lack of polarity, unless the alkene is activated with special...
with organocopper reagents
Organocopper compound
Organocopper compounds in organometallic chemistry contain carbon to copper chemical bonds. Organocopper chemistry is the science of organocopper compounds describing their physical properties, synthesis and reactions...
, Michael reaction
Michael reaction
The Michael reaction or Michael addition is the nucleophilic addition of a carbanion or another nucleophile to an alpha, beta unsaturated carbonyl compound. It belongs to the larger class of conjugate additions. This is one of the most useful methods for the mild formation of C-C bonds...
s and Robinson annulation
Robinson annulation
The Robinson annulation is an organic reaction used to create a six-member ring α,β-unsaturated cyclic ketone, using a ketone and methyl vinyl ketone...
s.
The source of this article is wikipedia, the free encyclopedia.  The text of this article is licensed under the GFDL.