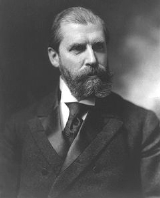 Hughes was a professor in the 1890s, an important leader of the progressive movement of the 1900s, a leading diplomat and New York lawyer in the days of Harding and Coolidge, and a leader of opposition to the New Deal
New Deal
The New Deal was a series of economic programs implemented in the United States between 1933 and 1936. They were passed by the U.S. Congress during the first term of President Franklin D. Roosevelt. The programs were Roosevelt's responses to the Great Depression, and focused on what historians call...
in the 1930s.

While democracy must have its organizations and controls, its vital breath is individual liberty.

Statement of May 1908, quoted in "Reauthorization of The Civil Rights Division of The United States Department of Justice" (15 May 2003) US House of Representatives

A man has to live with himself, and he should see to it that he always has good company.

Address at Faneuil Hall, Boston, Massachusetts, on the 150th anniversary of the Battle of Bunker Hill (17 June 1925)

The power of administrative bodies to make finding of fact which may be treated as conclusive, if there is evidence both ways, is a power of enormous consequence. An unscrupulous administrator might be tempted to say "Let me find the facts for the people of my country, and I care little who lays down the general principles."

At the constitutional level where we work, ninety percent of any decision is emotional. The rational part of us supplies the reasons for supporting our predilections.