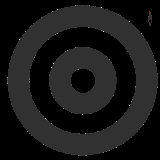 Encyclopedia
Călăraşi the capital of Călăraşi County
Calarasi County
Călărași is a county of Romania, in Muntenia, with the county seat at Călărași.-Demographics:In 2002, it had a population of 324,617 and a population density of 64/km².*Romanians – 95%*Roma and others.-List of cities by population:...
and Sud-Muntenia Region in the Wallachia
Wallachia
Wallachia or Walachia is a historical and geographical region of Romania. It is situated north of the Danube and south of the Southern Carpathians...
region, is situated in south-east Romania
Romania
Romania is a country located at the crossroads of Central and Southeastern Europe, on the Lower Danube, within and outside the Carpathian arch, bordering on the Black Sea...
, on the bank of Danube
Danube
The Danube is a river in the Central Europe and the Europe's second longest river after the Volga. It is classified as an international waterway....
's Borcea
Borcea
Borcea is a commune in Călăraşi County, Romania. It is composed of two villages, Borcea and Pietroiu. It has the biggest population among all communes in the county, and it is situated on the west bank of the Borcea River ....
branch, at about 12 kilometers from the Bulgaria
Bulgaria
Bulgaria , officially the Republic of Bulgaria , is a parliamentary democracy within a unitary constitutional republic in Southeast Europe. The country borders Romania to the north, Serbia and Macedonia to the west, Greece and Turkey to the south, as well as the Black Sea to the east...
n border and 125 kilometers from Bucharest
Bucharest
Bucharest is the capital municipality, cultural, industrial, and financial centre of Romania. It is the largest city in Romania, located in the southeast of the country, at , and lies on the banks of the Dâmbovița River....
.

The city is an industrial center for lumber and paper, food processing, glass manufacturing, textiles, medical equipment production and heavy industry. The city is known colloquially as "Capşa provinciei" (the Capşa
Casa Capsa
Casa Capşa is a historic restaurant in Bucharest, Romania, first established in 1852. At various times it has also included a hotel; most recently, it reopened as a 61-room hotel 17 June 2003....
from the provinces).

The site of a prehistoric village, Călăraşi was created by Wallachian princes as a station on the route to Istanbul
Istanbul
Istanbul , historically known as Byzantium and Constantinople , is the largest city of Turkey. Istanbul metropolitan province had 13.26 million people living in it as of December, 2010, which is 18% of Turkey's population and the 3rd largest metropolitan area in Europe after London and...
, operated by horseback riders (the călăraşi). It expanded into a small town, and in 1834 became the surrounding country's capital.

Călăraşi is connected by DN3
DN3
The Romanian national road DN3 is a designated trunk road in Romania, originally linking Bucharest and Constanţa via Călăraşi, but no longer serving this purpose for more than 4 decades. The road is not complete, in the sense of having a gap across the Danube between Călăraşi and Ostrov...
, DN21, DN31 and DN3B. Also A2 ("The Sun's Motorway") has 3 exits for Călăraşi, at Lehliu Gară
Lehliu Gara
Lehliu Gară is a small town in the middle of the Bărăgan region in Romania, with a railway station and a national road linking the seaside Constanţa and the county capital, Călăraşi. Also, the new A2 free-way passes nearby, by going to the sea....
(about 50 km NW), Dragalina
Dragalina, Calarasi
Dragalina is a commune in Călăraşi County, Romania, named after the Romanian general Ion Dragalina. It is composed of three villages: Constantin Brâncoveanu, Dragalina and Drajna Nouă.As of 2007 the population of Dragalina is 8,575....
(about 30 km N) and Feteşti
Fetesti
Feteşti is a city and municipality in Ialomiţa County, Romania, with a population of 34,076. It is located in the Bărăgan plain, on the Borcea branch of the Danube. Feteşti has the second largest population in Ialomiţa, after Slobozia....
(about 40 km NE). The city lies on the seventh pan-European corridor of transport(the Danube
Danube
The Danube is a river in the Central Europe and the Europe's second longest river after the Volga. It is classified as an international waterway....
river) and is next to the fourth pan-European transport corridor(Dresden
Dresden
Dresden is the capital city of the Free State of Saxony in Germany. It is situated in a valley on the River Elbe, near the Czech border. The Dresden conurbation is part of the Saxon Triangle metropolitan area....
–Constanța
Constanta
Constanța is the oldest extant city in Romania, founded around 600 BC. The city is located in the Dobruja region of Romania, on the Black Sea coast. It is the capital of Constanța County and the largest city in the region....
) at 26 km (16.16 mi).

The city is currently represented by FC Dunărea Călăraşi
FC Dunarea Calarasi
FC Dunărea Călăraşi is a Romanian professional football club from Călăraşi, Călăraşi County, Romania.They currently play in the Liga III, Seria II in the 2011-2012 season after finishing 4th in the 2010–11 Liga III.-Honours:Liga III:...
in the Romanian Liga III
Liga III
Liga III is the third level of the Romanian football league system. Its name was changed from Divizia C into Liga III before the start of the 2006-07 season.-Relegation:...
soccer league. Sala Sporturilor (Călăraşi)
Sala Sporturilor (Călăraşi)
Sala Sporturilor from Călăraşi is a multi-purpose indoor arena in Călăraşi, Romania.It was completed at the end of 2010 at a cost of €5 million and it was opened at the start of 2011....

Călăraşi is twinned
Town twinning
Twin towns and sister cities are two of many terms used to describe the cooperative agreements between towns, cities, and even counties in geographically and politically distinct areas to promote cultural and commercial ties.- Terminology :...
with:
The source of this article is wikipedia, the free encyclopedia.  The text of this article is licensed under the GFDL.