Encyclopedia
The Boston Early Music Festival (BEMF) is a music festival held every two years in Boston
Boston
Boston is the capital of and largest city in Massachusetts, and is one of the oldest cities in the United States. The largest city in New England, Boston is regarded as the unofficial "Capital of New England" for its economic and cultural impact on the entire New England region. The city proper had...
, Massachusetts, USA, for all people interested in historical music performance
Historically informed performance
Historically informed performance is an approach in the performance of music and theater. Within this approach, the performance adheres to state-of-the-art knowledge of the aesthetic criteria of the period in which the music or theatre work was conceived...
. 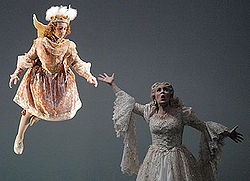 It was founded in 1980 by a group of musicians interested in promoting historical performance in the United States and abroad. Since then, BEMF has promoted early music through a variety of diverse programs and activities, including an annual concert series that brings the early music’s brightest stars to the Boston concert stage, and the biennial week-long Festival and Exhibition. Through these programs, BEMF has earned its place as North America’s primary presenting organization for conservators and performers of music of the Medieval, Renaissance, Baroque, and Classical periods.

At each Festival, concerts are presented every day from morning until late at night. Concerts are given by a remarkable array of established luminaries and rising stars in the field of early music worldwide. BEMF concerts also allow for unique, once-in-a-lifetime collaborations and programs by the spectacular array of talent assembled for the Festival week’s events. In addition, there are many scheduled Fringe concerts and events, presented by both local and out-of-town groups at a number of local Boston venues.

In 1987, inspired by the success of the Festival concerts, BEMF introduced an annual concert series to meet the increasing demand for year-round performances by a number of internationally recognized artists. BEMF’s annual season now sets the bar nationally for early music performance, and has featured such musicians as The Tallis Scholars, Jordi Savall
Jordi Savall
Jordi Savall i Bernadet is a Catalan viol player, conductor and composer. He has been one of the major figures in the field of Western early music since the 1970s, largely responsible for bringing the viol back to life on the stage...
and Hespèrion XXI
Hespèrion XXI
Hespèrion XXI is an international early music ensemble. The group was formed in Basel, Switzerland in 1974 as Hespèrion XX by Spanish musical director Jordi Savall , Montserrat Figueras , Lorenzo Alpert , and Hopkinson Smith...
, and Les Arts Florissants
Les Arts Florissants (ensemble)
Les Arts Florissants is a Baroque musical ensemble in residence at the Théâtre de Caen in Caen, France. The organization was founded by conductor William Christie in 1979. The ensemble derives its name from the 1685 opera by Marc-Antoine Charpentier. The organization consists of a chamber orchestra...
, as well as the North American débuts of Bach Collegium Japan
Bach Collegium Japan
Bach Collegium Japan is composed of an orchestra and a chorus specialising in Baroque music, playing with period instruments. It was founded in 1990 by Masaaki Suzuki with the purpose of introducing Japanese audiences to European Baroque music. Suzuki still remains its music director...
, Netherlands Bach Society, and Akademie für Alte Musik Berlin
Akademie für Alte Musik Berlin
Akademie für Alte Musik Berlin is a German chamber orchestra founded in East Berlin in 1982...
. 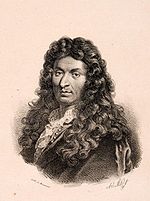