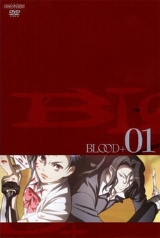 Overview
Blood is a specialized bodily fluid in animal
Animal
Animals are a major group of multicellular, eukaryotic organisms of the kingdom Animalia or Metazoa. Their body plan eventually becomes fixed as they develop, although some undergo a process of metamorphosis later on in their life. Most animals are motile, meaning they can move spontaneously and...
s that delivers necessary substances such as nutrients and oxygen
Oxygen
Oxygen is the element with atomic number 8 and represented by the symbol O. Its name derives from the Greek roots ὀξύς and -γενής , because at the time of naming, it was mistakenly thought that all acids required oxygen in their composition...
to the cell
Cell (biology)
The cell is the basic structural and functional unit of all known living organisms. It is the smallest unit of life that is classified as a living thing, and is often called the building block of life. The Alberts text discusses how the "cellular building blocks" move to shape developing embryos....
s and transports metabolic waste
Metabolic waste
Metabolic wastes or excretes are substances left over from excretory processes, which cannot be used by the organism , and must therefore be excreted. This includes nitrogen compounds, water, CO2, phosphates, sulfates, insoles, medicals, food additives etc. Animals treat these compounds as excretes...
products away from those same cells.

In vertebrate
Vertebrate
Vertebrates are animals that are members of the subphylum Vertebrata . Vertebrates are the largest group of chordates, with currently about 58,000 species described. Vertebrates include the jawless fishes, bony fishes, sharks and rays, amphibians, reptiles, mammals, and birds...
s, it is composed of blood cells suspended in a liquid
Liquid
Liquid is one of the three classical states of matter . Like a gas, a liquid is able to flow and take the shape of a container. Some liquids resist compression, while others can be compressed. Unlike a gas, a liquid does not disperse to fill every space of a container, and maintains a fairly...
called blood plasma
Blood plasma
Blood plasma is the straw-colored liquid component of blood in which the blood cells in whole blood are normally suspended. It makes up about 55% of the total blood volume. It is the intravascular fluid part of extracellular fluid...
. Plasma, which constitutes 55% of blood fluid, is mostly water (92% by volume), and contains dissipated proteins, glucose
Glucose
Glucose is a simple sugar and an important carbohydrate in biology. Cells use it as the primary source of energy and a metabolic intermediate...
, mineral ions, hormone
Hormone
A hormone is a chemical released by a cell or a gland in one part of the body that sends out messages that affect cells in other parts of the organism. Only a small amount of hormone is required to alter cell metabolism. In essence, it is a chemical messenger that transports a signal from one...
s, carbon dioxide
Carbon dioxide
Carbon dioxide is a naturally occurring chemical compound composed of two oxygen atoms covalently bonded to a single carbon atom...
(plasma being the main medium for excretory product transportation), platelets and blood cells themselves.

If a semipermeable ballon filled with blood is placed in sterile water, will the volume of the balloon increase, decrease, or stay the same?
More
x