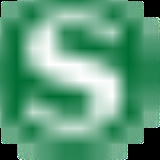 Encyclopedia
Berlin Ostbahnhof is a mainline railway station in Berlin
Berlin
Berlin is the capital city of Germany and is one of the 16 states of Germany. With a population of 3.45 million people, Berlin is Germany's largest city. It is the second most populous city proper and the seventh most populous urban area in the European Union...
, Germany
Germany
Germany , officially the Federal Republic of Germany , is a federal parliamentary republic in Europe. The country consists of 16 states while the capital and largest city is Berlin. Germany covers an area of 357,021 km2 and has a largely temperate seasonal climate...
. It is in Friedrichshain
Friedrichshain
Friedrichshain is a part of Berlin's borough of Friedrichshain-Kreuzberg, and like Kreuzberg across the river it has its own distinct character, with the result that the new double name is hardly ever used outside government administration. From its creation in 1920 until Berlin's 2001...
, now part of Friedrichshain-Kreuzberg
Friedrichshain-Kreuzberg
Friedrichshain-Kreuzberg is the second borough of Berlin, formed in 2001 by merging the former East Berlin borough of Friedrichshain and the former West Berlin borough of Kreuzberg...
district, and has undergone several name changes in its history. It was known as Berlin Hauptbahnhof from 1987 to 1998, a name now applied to Berlin's new central station
Berlin Hauptbahnhof
' , is the main railway station in Berlin, Germany. It began full operation two days after a ceremonial opening on 26 May 2006. It is located on the site of the historic Lehrter Bahnhof, and until it opened as a main line station, it was a stop on the Berlin S-Bahn suburban railway temporarily...
. Alongside Berlin Zoologischer Garten station it was one of the city's two main stations; however, it has declined in significance since the opening of the new Hauptbahnhof on 26 May 2006, and many mainline trains have been re-routed through the new Tiergarten
Tiergarten
Tiergarten is a locality within the borough of Mitte, in central Berlin . Notable for the great and homonymous urban park, before German reunification, it was a part of West Berlin...
tunnels, bypassing Ostbahnhof.

The station opened in 1842 as Frankfurter Bahnhof as the terminus of the 100-km railway to Frankfurt (Oder)
Frankfurt (Oder)
Frankfurt is a town in Brandenburg, Germany, located on the Oder River, on the German-Polish border directly opposite the town of Słubice which was a part of Frankfurt until 1945. At the end of the 1980s it reached a population peak with more than 87,000 inhabitants...
. The first building was slightly north of its present location. In 1845, it was renamed Niederschlesisch-Märkischer Bahnhof (Lower Silesia
Lower Silesia
Lower Silesia ; is the northwestern part of the historical and geographical region of Silesia; Upper Silesia is to the southeast.Throughout its history Lower Silesia has been under the control of the medieval Kingdom of Poland, the Kingdom of Bohemia and the Austrian Habsburg Monarchy from 1526...
-Brandenburg
Brandenburg
Brandenburg is one of the sixteen federal-states of Germany. It lies in the east of the country and is one of the new federal states that were re-created in 1990 upon the reunification of the former West Germany and East Germany. The capital is Potsdam...
Station) after a railway merger. When the railways were taken over by the Prussia
Prussia
Prussia was a German kingdom and historic state originating out of the Duchy of Prussia and the Margraviate of Brandenburg. For centuries, the House of Hohenzollern ruled Prussia, successfully expanding its size by way of an unusually well-organized and effective army. Prussia shaped the history...
n state in 1852, it was renamed Schlesischer Bahnhof (Silesia
Silesia
Silesia is a historical region of Central Europe located mostly in Poland, with smaller parts also in the Czech Republic, and Germany.Silesia is rich in mineral and natural resources, and includes several important industrial areas. Silesia's largest city and historical capital is Wrocław...
Station). It was rebuilt on the present site in 1882 when construction began on the Berlin Stadtbahn, the elevated railway through the city center built to link the city's major stations, completed in 1886. Two of the four tracks on the Stadtbahn later came to form one of the main routes of the Berlin S-Bahn
Berlin S-Bahn
The Berlin S-Bahn is a rapid transit system in and around Berlin, the capital city of Germany. It consists of 15 lines and is integrated with the mostly underground U-Bahn to form the backbone of Berlin's rapid transport system...
suburban railway. The Ostbahnhof has never had a link to the Berlin U-Bahn
Berlin U-Bahn
The Berlin is a rapid transit railway in Berlin, the capital city of Germany, and is a major part of the public transport system of that city. Opened in 1902, the serves 173 stations spread across ten lines, with a total track length of , about 80% of which is underground...
subway, nor is one planned.

The station was severely damaged in the Second World War and completely rebuilt by the East German railway, the Deutsche Reichsbahn
Deutsche Reichsbahn of the GDR
The Deutsche Reichsbahn or DR was the operating name of state owned railways in the German Democratic Republic ....
; in 1950 it was renamed Berlin Ostbahnhof, as Silesia was now largely in Poland
Poland
Poland , officially the Republic of Poland , is a country in Central Europe bordered by Germany to the west; the Czech Republic and Slovakia to the south; Ukraine, Belarus and Lithuania to the east; and the Baltic Sea and Kaliningrad Oblast, a Russian exclave, to the north...
.

Following the division of Germany the station was, together with Berlin-Lichtenberg, one of two major railway stations in East Berlin
East Berlin
East Berlin was the name given to the eastern part of Berlin between 1949 and 1990. It consisted of the Soviet sector of Berlin that was established in 1945. The American, British and French sectors became West Berlin, a part strongly associated with West Germany but a free city...
. The wall ran only 200 m away from the station; today that part is the East Side Gallery
East Side Gallery
The East Side Gallery is an international memorial for freedom. It is a 1.3 km long section of the Berlin Wall located near the centre of Berlin on Mühlenstraße in Friedrichshain-Kreuzberg.-Description:...
, the longest remaining fragment of the Berlin Wall. In 1987 the postwar building was demolished and the station began to be rebuilt as East Berlin’s main station, grandly renamed Berlin Hauptbahnhof (Berlin Main Station). The plan called for a hotel and a large reception area for arriving Soviet bloc dignitaries. However, only part of the work was complete by the time of German reunification
German reunification
German reunification was the process in 1990 in which the German Democratic Republic joined the Federal Republic of Germany , and when Berlin reunited into a single city, as provided by its then Grundgesetz constitution Article 23. The start of this process is commonly referred by Germans as die...
in 1990. A partially built staircase to the underground car park from this period in front of the station remains (in 2006) unfinished and fenced off. A partly constructed hotel was demolished in the early 1990s.

The name Hauptbahnhof remained long after the division of Berlin ended, until 1998, when the station was re-renamed Berlin Ostbahnhof. One year later, work began to demolish the station and rebuild it once again, which was completed in 2002. Little remains of the 1980s structure except for an administrative block, some façade elements, and parts of the platform structure.

The station has 11 tracks and 9 platforms. 5 platforms are used for main line
Main line (railway)
The Mainline or Main line of a railway is a track that is used for through trains or is the principal artery of the system from which branch lines, yards, sidings and spurs are connected....
and 4 for S-Bahn
S-Bahn
S-Bahn refers to an often combined city center and suburban railway system metro in Austria, Germany, Switzerland and Denmark...
. 2 tracks are through tracks.

S-Bahn
S-Bahn
S-Bahn refers to an often combined city center and suburban railway system metro in Austria, Germany, Switzerland and Denmark...
, regional and long-distance services call at the station; though a number of Intercity-Express and Intercity
Intercity (Deutsche Bahn)
Intercity is the second-highest train classification in Germany, after the ICE. Intercity services are loco-hauled express services, usually over long-distances. There are Intercity routes throughout Germany, and routes generally operate with a two-hour frequency, with multiple routes giving a more...
services were lost to the newly-opened Berlin Hauptbahnhof
Berlin Hauptbahnhof
' , is the main railway station in Berlin, Germany. It began full operation two days after a ceremonial opening on 26 May 2006. It is located on the site of the historic Lehrter Bahnhof, and until it opened as a main line station, it was a stop on the Berlin S-Bahn suburban railway temporarily...
station further west, the Ostbahnhof still remains an important station for the eastern parts of Berlin

The Ostbahnhof was featured in the 2004 movie The Bourne Supremacy
The Bourne Supremacy (film)
The Bourne Supremacy is a 2004 American spy film very loosely based on Robert Ludlum's novel of the same name. The film was directed by Paul Greengrass, written by Tony Gilroy and Brian Helgeland, and produced by Frank Marshall and Pat Crowley. Universal Pictures released the film to theaters in...
. In the film, Jason Bourne
Jason Bourne
Jason Charles Bourne is a fictional character and the main protagonist in the novels of Robert Ludlum and subsequent film adaptations. He first appeared in the novel The Bourne Identity...
(Matt Damon
Matt Damon
Matthew Paige "Matt" Damon is an American actor, screenwriter, and philanthropist whose career was launched following the success of the film Good Will Hunting , from a screenplay he co-wrote with friend Ben Affleck...
) is seen parking his car here, entering the station and leaving a bag in a locker, and tracking down Pamela Landy (Joan Allen
Joan Allen
Joan Allen is an American actress. She worked in theatre, television and film during her early career, and achieved recognition for her Broadway debut in Burn This, winning a Tony Award for Best Performance by a Leading Actress in a Play in 1989.She has received three Academy Award nominations;...
).