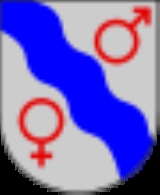 The municipality in its present size was created in 1967 when the four surrounding municipalities were joined with the then City of Avesta. In 1971 it became a municipality of unitary type.

Avesta borders to the municipalities of:


Football
Football (soccer)
Association football, more commonly known as football or soccer, is a sport played between two teams of eleven players with a spherical ball...
: Avesta AIK
Avesta AIK
Avesta AIK is a Swedish football club located in Avesta, Sweden. -Background:The club was founded in February 1905 as Avesta Absolutisters Idrottsklubb. The name was changed to Avesta Allmänna Idrottsklubb in 1916. The club particupates in football but over the years has undertaken many different...
, Krylbo IF

Ladies' handball
Team handball
Handball is a team sport in which two teams of seven players each pass a ball to throw it into the goal of the other team...
: Avesta Brovallen HF

Ice hockey
Ice hockey
Ice hockey, often referred to as hockey, is a team sport played on ice, in which skaters use wooden or composite sticks to shoot a hard rubber puck into their opponent's net. The game is played between two teams of six players each. Five members of each team skate up and down the ice trying to take...
: Avesta BK

Near the town Avesta is a park of European bison.
The city is today mostly notable for its steel mill owned by the Finnish company, Outokumpu
Outokumpu
Outokumpu is a group of companies headquartered in Espoo, Finland, aimed at stainless steel. The company has approx. 8 000 employees in about 30 different countries worldwide...
.

The largest Dalecarlian horse
Dalecarlian horse
A Dalecarlian horse or Dala horse is a traditional carved and painted wooden statuette of a horse originating in the Swedish province of Dalarna. In the old days the Dala horse was mostly used as a toy for children; in modern times it has become a symbol of Dalarna as well as Sweden in general...
(Dalahäst) in the world is located in Avesta. It is 13 meters tall and weighs 67 tons.