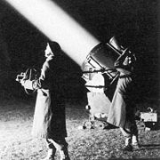 Encyclopedia
The Auxiliary Territorial Service (ATS; often pronounced as an acronym) was the women's branch of the British Army
British Army
The British Army is the land warfare branch of Her Majesty's Armed Forces in the United Kingdom. It came into being with the unification of the Kingdom of England and Scotland into the Kingdom of Great Britain in 1707. The new British Army incorporated Regiments that had already existed in England...
during the Second World War. It was formed on 9 September 1938, initially as a women's voluntary service, and existed until 1 February 1949, when it was merged into the Women's Royal Army Corps
Women's Royal Army Corps
The Women's Royal Army Corps was the corps to which all women in the British Army except medical, dental and veterinary officers and chaplains and nurses belonged from 1949 to 1992.-History:The...
.

The ATS had its roots in the Women's Auxiliary Army Corps (WAAC), which formed in 1917 as a voluntary service. During the First World War its members served in a number of jobs including clerks, cooks, telephonists and waitresses. The WAAC was disbanded after four years in 1921.

All women in the Army joined the ATS except for nurses, who joined Queen Alexandra's Imperial Military Nursing Service (QAIMS), and medical and dental officers, who were commissioned directly into the Army and held Army ranks.


The ATS in action 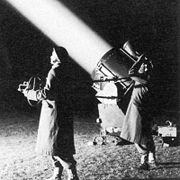 The first recruits to the ATS were employed as cooks, clerks and storekeepers. At the outbreak of the Second World War, 300 ATS members were billeted to France
France
The French Republic , The French Republic , The French Republic , (commonly known as France , is a unitary semi-presidential republic in Western Europe with several overseas territories and islands located on other continents and in the Indian, Pacific, and Atlantic oceans. Metropolitan France...
. As the German army
Wehrmacht
The Wehrmacht – from , to defend and , the might/power) were the unified armed forces of Nazi Germany from 1935 to 1945. It consisted of the Heer , the Kriegsmarine and the Luftwaffe .-Origin and use of the term:...
advanced through France, the British Expeditionary Force
British Expeditionary Force (World War II)
The British Expeditionary Force was the British force in Europe from 1939–1940 during the Second World War. Commanded by General Lord Gort, the BEF constituted one-tenth of the defending Allied force....
was driven back towards the English Channel. This led to the evacuation of troops from Dunkirk
Battle of Dunkirk
The Battle of Dunkirk was a battle in the Second World War between the Allies and Germany. A part of the Battle of France on the Western Front, the Battle of Dunkirk was the defence and evacuation of British and allied forces in Europe from 26 May–4 June 1940.After the Phoney War, the Battle of...
in May 1940, and some ATS telephonists were among the last British personnel to leave the country.

As more men joined the war effort, it was decided to increase the size of the ATS, with numbers reaching 65,000 by September 1941. Women between the ages of 17 and 43 were allowed to join, although these rules were relaxed in order to allow WAAC veterans to join up to the age of 50. The duties of members were also expanded, seeing ATS orderlies, drivers, postal workers and ammunition inspectors.

In December 1941, Parliament passed the National Service Act, which called up unmarried women between 20 and 30 years old to join one of the auxiliary services. These were the ATS, the Women's Royal Naval Service (WRNS), the Women's Auxiliary Air Force (WAAF) and the Women's Transport Service. Married women were also later called up, although pregnant women and those with young children were exempt.

Other options under the Act included joining the Women's Voluntary Service (WVS), which supplemented the emergency services at home, or the Women's Land Army, helping on farms.

There was also provision made in the Act for objection to service on moral grounds, as about a third of those on the conscientious objector
Conscientious objector
A conscientious objector is an "individual who has claimed the right to refuse to perform military service" on the grounds of freedom of thought, conscience, and/or religion....
s list were women. A number of women were prosecuted as a result of the Act, some even being imprisoned. Despite this, by 1943 about 9 out of 10 women were taking an active part in the war effort.

Women were barred from serving in battle, but due to shortages of men, ATS members, as well as members of the other women's voluntary services, took over many support tasks, such as radar
Radar
Radar is an object-detection system which uses radio waves to determine the range, altitude, direction, or speed of objects. It can be used to detect aircraft, ships, spacecraft, guided missiles, motor vehicles, weather formations, and terrain. The radar dish or antenna transmits pulses of radio...
operators, forming part of the crews of anti-aircraft guns and military police
Military police
Military police are police organisations connected with, or part of, the military of a state. The word can have different meanings in different countries, and may refer to:...
. However, these roles were not without risk, and there were, according to the Imperial War Museum, 717 casualties during WW2. One recorded casualty was Ivy Berwick, who died on duty on 30 April 1942, aged just 25. She is buried in the Hamilton Road Cemetery, Deal, Kent.
Hamilton Road Cemetery, Deal, Kent.
Hamilton Road Cemetery is a combined municipal and military burial ground situated in the coastal town of Deal, Kent, in South East England. Opened in May 1856, it was created to provide a new burial ground for Deal at a time when its general population was expanding and when previous, often ad hoc...
, and her grave is still maintained by the Commonwealth War Graves Commission
Commonwealth War Graves Commission
The Commonwealth War Graves Commission is an intergovernmental organisation of six independent member states whose principal function is to mark, record and maintain the graves, and places of commemoration, of Commonwealth of Nations military service members who died in the two World Wars...
.

By VE Day and before demobilization
Demobilization of the British Armed Forces after World War II
thumb|right|upright|A page from the official demobilization handbook, Release and Resettlement, which allowed British servicemen to calculate their 'release group number.'...
, there were over 190,000 members of the Women's Auxiliary Territorial Service.

Initially ranks were completely different from those of the Army, but used the same rank insignia, although the crown was replaced by a laurel wreath. Members were required to salute their own superior officers, but not other organizations' officers, although it was considered courteous to do so.

On 9 May 1941, the ATS rank structure was reorganized, and as of July 1941 the ATS was given full military status and members were no longer volunteers. The other ranks
Other Ranks
Other Ranks in the British Army, Royal Marines and Royal Air Force are those personnel who are not commissioned officers. In the Royal Navy, these personnel are called ratings...
now held almost identical ranks to Army personnel, but officers continued to have a separate rank system, that was somewhat modified. All uniforms and badges of rank remained the same, although crowns replaced laurel wreaths in the rank insignia. Members were now required to salute all superior officers.

The only holders of Chief Controller were the first three Directors, promoted to the rank on their appointment, and Princess Mary
Mary, Princess Royal and Countess of Harewood
The Princess Mary, Princess Royal and Countess of Harewood was a member of the British Royal Family; she was the third child and only daughter of King George V and Queen Mary. She was the sixth holder of the title of Princess Royal...
, who held it from 1939 and was appointed the ATS's honorary Controller-Commandant in August 1941. 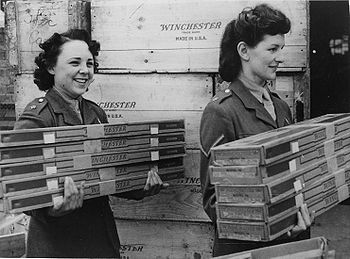